1 dead in shooting on 3rd Avenue in downtown Seattle 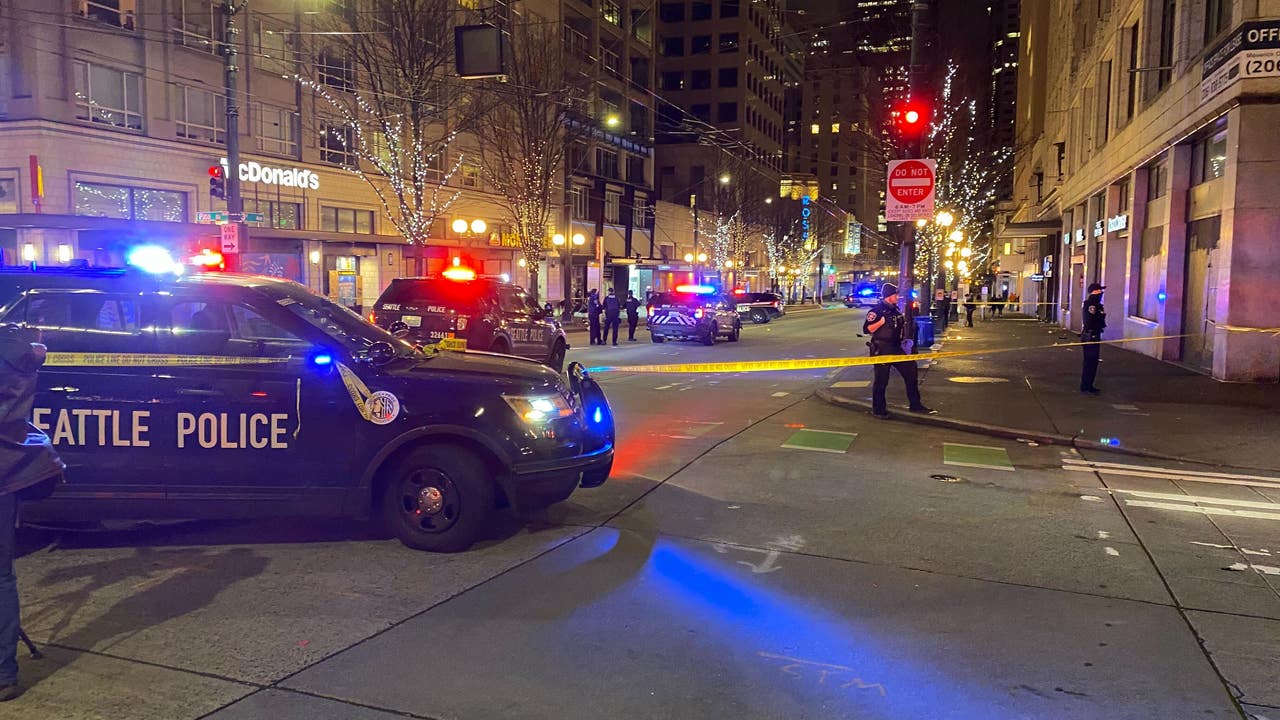 SEATTLE – Seattle police are investigating after a person was fatally shot at the intersection of 3rd Avenue and Pike Street downtown.

Police said the shooting happened around 7:15 p.m. The victim was shot in the abdomen, the SPD said.

He was taken to Harborview Medical Center in critical condition where he later died. The victim was identified only as a male in his late teens or early twenties.

Detectives are looking for a suspect.

Earlier this week, a man was fatally shot at the intersection of 3rd Avenue and Pine Street.

A history of violent crimes near 3rd & Pine in Seattle