100 years ago in Spokane: A major fire at a downtown dairy drew a crowd, but the milk was promised to be on time the next morning 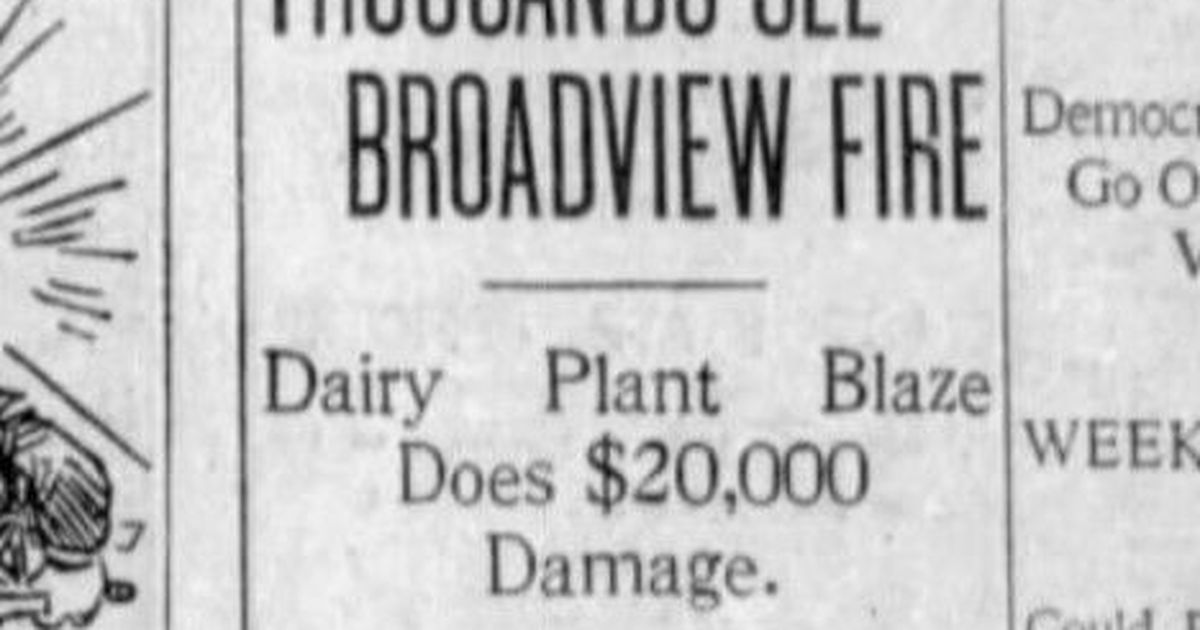 Thousands of people filled the streets just north of downtown as firefighters battled a blaze at the Broadview Dairy building on Washington Street.

“Cars on the North Washington line were stalled for hours and hundreds of automobiles were parked on the streets,” The Spokesman-Review wrote.

The fire started in the hay storage room for an unknown cause. Firefighters from 10 stations battled the blaze for three hours. Their efforts were complicated by the need to evacuate 150 horses. Some of the horses were so scared they tried to run into the building.

“All were let loose on the streets and after the fire was extinguished, employees scoured the town before they were all rounded up,” the newspaper reported.

Firefighters managed to prevent any injuries to horses or people.

The fire was confined to the rear half of the building, which consisted of warehouses and stables. The dairy lost a large amount of hay, as well as boxes, crates and tubs of ice cream.

Only a few wagons from the dairy were destroyed and the dairy boss said the next morning’s milk deliveries would be made on time.

“The moment he reached Legault, he lost his balance and grabbed hold of Legault to avoid falling,” the newspaper wrote. “Legault’s body was loose and both men slipped.”

They were both rushed to hospital and reportedly lost consciousness. Legault’s injuries included a broken back.

No more frustration with the 811 doctor waiting list system