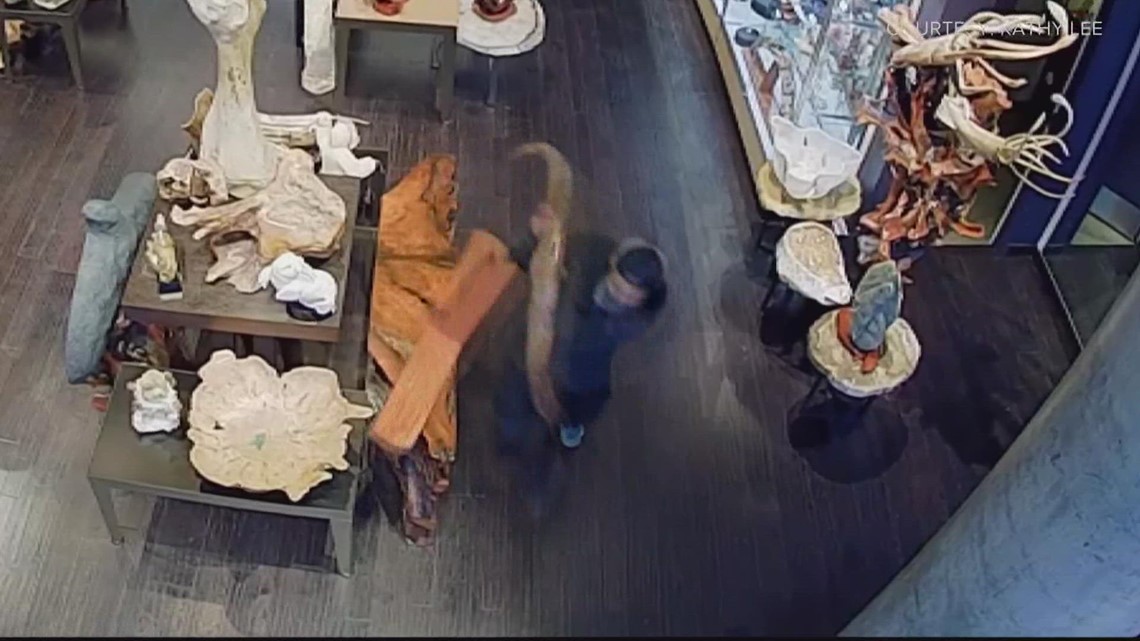 The suspect fled the area in a stolen purple PT Cruiser, police said.

SEATTLE — A fossilized mammoth tusk worth $19,000 was stolen from a downtown Seattle art gallery on Tuesday.

In the surveillance video provided by the owner of Fossil & Stone, a man can be seen grabbing the approximately 12,000-year-old tusk and running out of the store using an emergency exit. The suspect escaped in a stolen purple PT Cruiser driven by another person, police say.

Prior to the robbery, the suspect was “wandering around” the store, according to police. The suspect told store employees that his mother had been in the store earlier. After walking around the store a little longer, the suspect grabbed the tusk and fled.

An employee who had followed the suspect out of the store sprayed pepper spray in the suspect’s direction as she ran towards the getaway vehicle, but he hit her instead.

The suspect was described as a male about 6 feet tall and between the ages of 20 and 30. He wore a black hoodie, black baggy jeans with black and white hand tattoos.

In February, city officials called for an audit of organized retail thefts across the city, seeking solutions to a problem that has grown so prolific over the past two years that at least one company, Simply Seattle , closed its Pioneer Square location.

In 2021, property crimes increased in Seattle by 9% over 2020, with robbery theft up 15% overall, according to the Seattle Police Department. annual crime report.