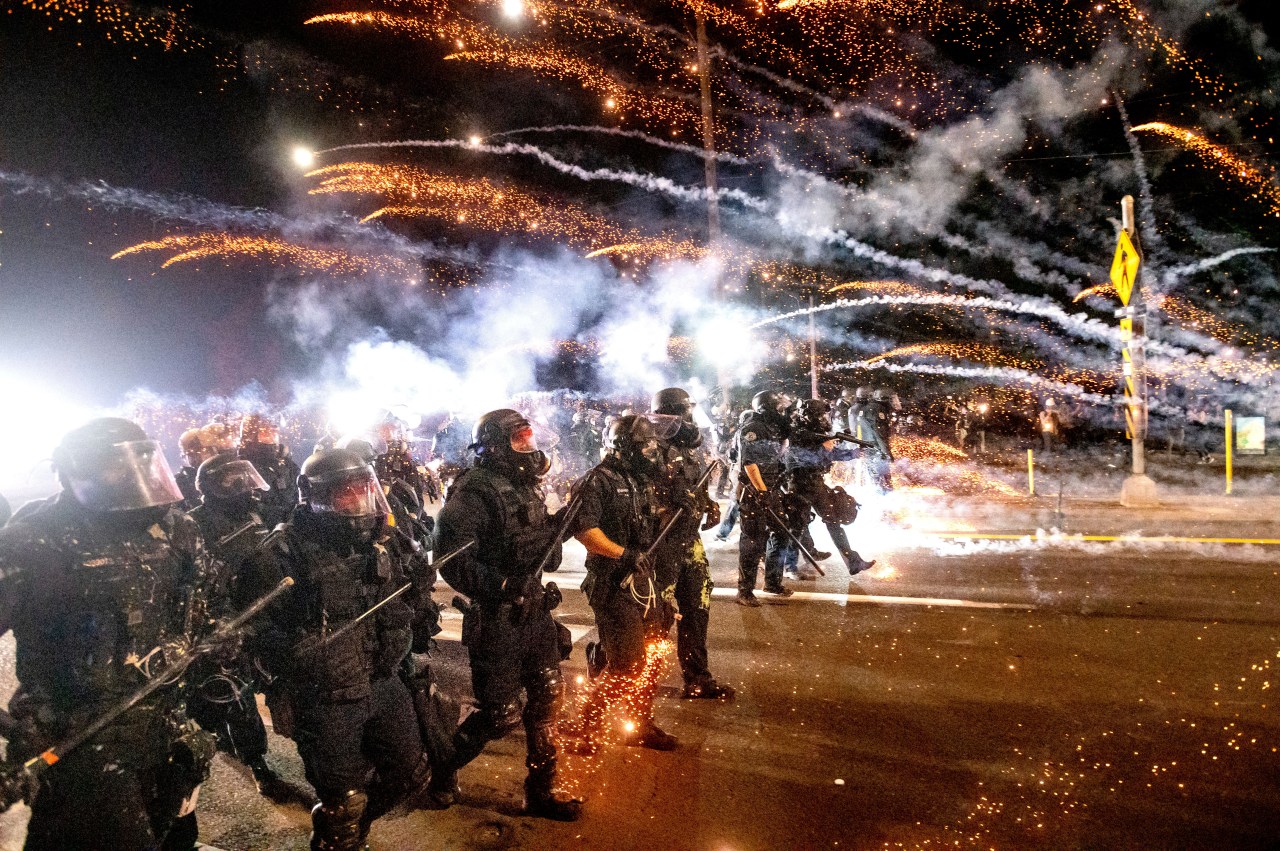 “This dynamic over time has eroded protesters’ confidence in city leaders’ respect for their constitutional right to free speech and assembly.”

PORTLAND, Ore. (KOIN) — Portland police officers used “unprecedented levels” of force during the 2020 protests in Portland, according to a report from a Portland Police Bureau Civilian Oversight Agency examining the response. of the city to protests related to the killing of George Floyd by a police officer in Minneapolis.

Police: A man ejected from a truck, his body found in the river

After hundreds of Portlanders took to the streets in 2020 to protest racial injustice, according to the report, protesters and law enforcement officers from various agencies interacted night after night in downtown Portland and other places.

This included more than 100 consecutive nights of protests.

Many of these protests ended in clashes between protesters and officers with dispersal warnings and tear gas in the air. People were arrested and injured community members were taken for medical treatment by fellow protesters, the report added.

The document notes that more than 160 police misconduct investigations have been opened against Portland Police Bureau officers based on incidents that occurred between May and November 2020.

Many of these investigations are still ongoing in the disciplinary system, and the Independent Police Review says it continues to initiate investigations as information becomes available from community members, notices of claim in tort and other sources.

The agency identified areas that hampered the city’s ability to hold officers accountable, saying the extent and frequency of force used by Portland officers was unprecedented, along with the dynamic conditions and documentation inadequate force limiting incidents of liability.

According to the report, officers documented more than 6,000 uses of force during the protests. He went on to say that the bureau and other law enforcement agencies have cited the sung behavior as justification for the use of force, but have struggled to build cases of criminal conduct by individuals.

“If people in the crowd threw stones or other harmful projectiles at officers, commanders would declare the demonstration an unlawful assembly or riot and order the crowd to disperse. Officers lined up, side by side, and began to walk or run towards the protesters and away from the gatherings,” the report recalls. “Many non-violent protesters and bystanders were caught up in the sweeping movement, and some were arrested. The tactic was sometimes associated with the use of chemical irritants and less lethal munitions to force people out of an area.

The report said office guidelines require officers to de-escalate tense situations and only use physical force when necessary.

During the protests, officers appeared to interpret the unlawful assembly and dispersal orders amplified by a sound truck as de-escalation, and the subsequent force used against anyone not obeying them appeared to be justified, the IPR said of its conclusions.

Attempts to disperse the crowd often led to increased resistance from protesters followed by increased use of force by officers, the report said.

“Over time, this dynamic has eroded protesters’ confidence in city leaders’ respect for their constitutional right to free speech and assembly. It also strengthened the protesters’ relationship with the police,” the agency said.

Some protesters have turned to the courts to oppose the police response.

The report says judges issued restraining orders against the city and the bureau to stop the use of CS gas and impact munitions, which are less lethal but can cause serious harm. The courts have also ordered the bureau to respect the role of journalists during the protests and required additional training for officers.

“The backlash against the bureau’s use of CS gas has been profound,” IPR noted. “Many community members and protesters have condemned its indiscriminate effects on anyone in the vicinity of a protest…”

Portland Mayor Ted Wheeler then banned its use.

In response, the IPR said, bureau leaders and the Portland Police Association said they were deprived of a “valuable tool” for crowd control and expected increased use of the force to disperse the crowds.

DON’T MISS: Mom sees her son on the news 1 year after reporting him missing

The agency added that Oregon lawmakers were unresponsive. They proposed and passed bills in the 2021 session to limit the use of chemical irritants and impact munitions to manage crowds.

The report also listed recommendations for improving policies and operations to ensure accountability related to protest events. According to the IPR, the leader should include and prioritize responsibility in establishing related policies, procedures and training – particularly those to be developed for body-worn cameras.

Other recommendations include reviewing and modifying the guidelines so that they are relevant criteria for determining policy violations arising from significant dynamic events.

Lovell thanked the Independent Police Review for its findings and said the bureau was working on a contract with Independent Monitor LLC to conduct a “critical assessment” of the bureau’s crowd management response in 2020.

“This assessment will include a thorough review of reports, feedback from city employees and community members, and analysis of available videos,” Lovell said in a letter. “We anticipate that the findings of this critical assessment will also contain policy and training recommendations.”

He added that he agreed in principle with the recommendations provided in the IPR review, but said the office did not have a full-time crowd control team and would recover. to the results of any upcoming critical assessment before committing to specific actions.