5th Avenue Theater endures as the pride of downtown Seattle 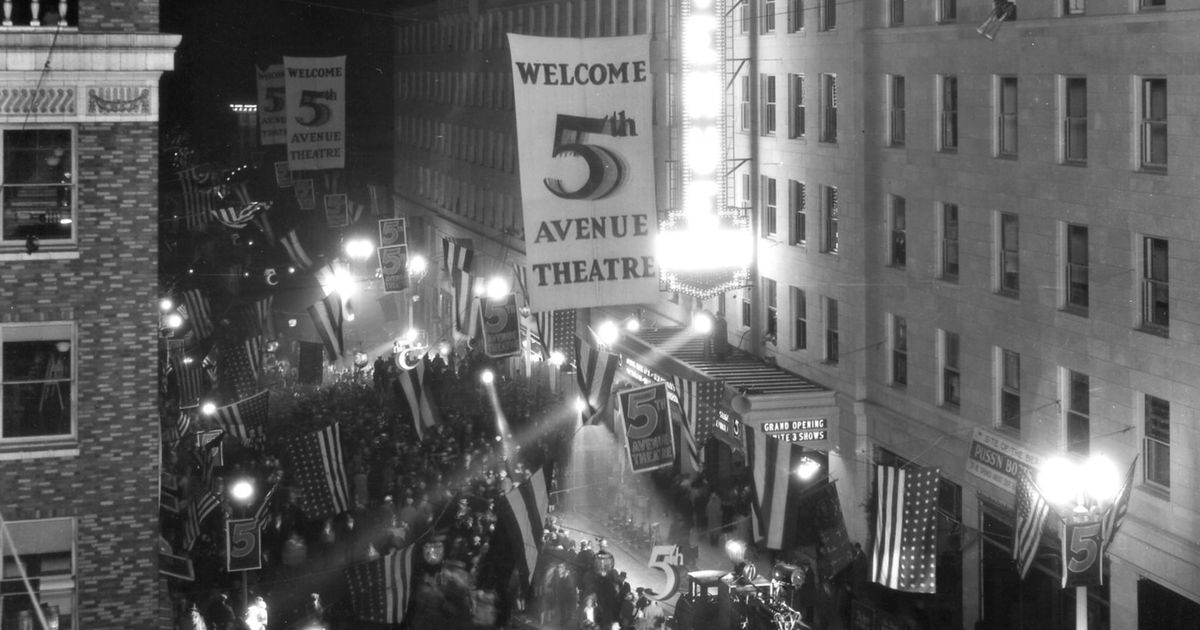 PEARLS OF PROMOTION can contain timeless truths, like in this pair of slogans 95 and a half years apart:

The first graced advertisements for the September 24, 1926 grand opening of the 5th Avenue Theater in downtown Seattle. The latter urges from today’s marquee. One or the other can apply to each era.

Behind the hype lies a fundamental message: an attractive range of entertainment venues can enhance the sustainability of a city center and energize the soul of an entire city.

There was no doubt that the crowd on the first night of the 5th – its girth compared to the spontaneous celebration that erupted at the end of the First World War eight years before – was in heartfelt sympathy.

“More humanity per square inch than there has ever been in a similar space in this northwest corner of this United States filled the seven-block streets radiating from the 5th Avenue Theater last night. “, exulted the Seattle Post-Intelligencer the next day.

Attendance, boosted by an outdoor carnival and free streetcar service, matched “the population of Ballard and Georgetown, Ravenna, Alki and the entire Rainier Valley”. It was “the closest approach to a human sardine can Seattle has seen since Armistice Day.”

Emblematic of a string of vintage downtown theaters, the 5th has held up over the years, crucially buoyed by a massive renovation from 1978 to 1980. Unfortunately, many of Seattle’s storefronts (notably the Orpheum, Music Box and the Blue Mouse) fell, while one was saved for a different use (the Coliseum, as the now closed Banana Republic draper), and two others (the Moore and Paramount) survived largely intact.

After a two-year pandemic-induced closure, The 5th reopened in January, giving hope to all who consider these institutions essential to the physical and mental health of Seattle’s heartland.

Examining more than a century of context and detail about the rich history of downtown theaters, longtime Seattle architectural historian Lawrence Kreisman has assembled a lavishly illustrated online lecture, “Another opening, another show,” which he will perform at 5 p.m. on March 31 for the Washington Trust for Historic Preservation.

The sponsor couldn’t be more fitting, as the Trust, along with the state Department of Archeology and Historic Preservation, launched a grant program in 2020 to bolster the viability of 80 eligible historic theaters statewide.

This objective joins the 1926 sentiment of the PI, which proclaimed that the 5th “was a major asset for this city” which “far surpasses the ordinary”.

clay eels
is a contributing writer for Now & Then. Check out Paul Dorpat and Jean Sherrard’s blog at pauldorpat.com for more information on their award-winning book, “Seattle Now & Then: The Historic Hundred.” “Now” photographer Jean Sherrard shares his 360-degree videos on the Seattle Now & Then 360 YouTube channel.