7 “must-haves” for the recovery of downtown Seattle 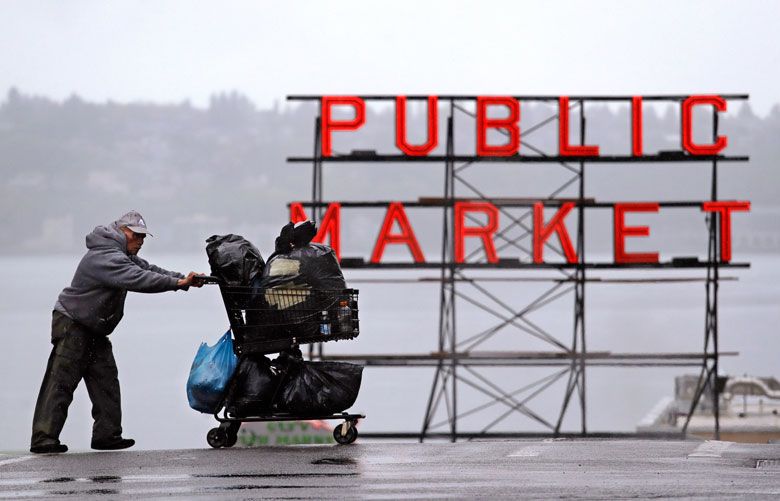 Every big city has a big downtown. Town centers are the heart of a region and help shape its brand and identity. Downtown Seattle is no exception – it’s the skyline you see in national coverage of the Greater Seattle Area, it’s home to must-see sites like Pike Place Market, and it reflects the character, l energy and the promise of the city.

A year ago, our downtown concluded a record 20-year period of investment, economic growth and the expansion of arts, entertainment, restaurants and sports. Downtown Seattle surpassed nearly every urban area in North America in those two decades. The geographic footprint expanded north, the residential population exceeded 90,000, and the growth of large employers fueled the creation of hundreds of small businesses and thousands of jobs.

A year later, the effects of COVID-19 on downtown Seattle — alongside pre-existing challenges — have been devastating. More than 160 small businesses have closed permanently, hotel occupancy remains below 20%, more than $135 million in revenue for arts and culture organizations has been lost, and nearly 80 conventions have been canceled.

As we look to rebuild our region’s economy in an equitable and inclusive manner, we cannot overstate the importance of a healthy downtown Seattle. Downtown renewal will require a focused, urgent and determined strategy and partnership between the public, private and not-for-profit sectors. As we recover, we will compete with downtowns across the country and around the world, all striving to attract the same pool of leisure, convention, event and entertainment travellers. innovators.

Seattle cannot afford any delays or missteps in our recovery and renewal efforts. Our immediate strategy should include the following:

∙ An immediate plan to address chronic homelessness downtown. We need to create safe and healthy emergency housing and treatment for homeless people. It’s been five years since we declared a state of emergency for homelessness, and it’s high time we started treating it like one by meeting people where they are with the services they need.

∙ A commitment to creating a safe and welcoming downtown for all. Everyone who comes to downtown deserves to feel safe. Walk safely on Third Avenue. Interact safely with law enforcement. Safe return home after a late shift at the restaurant. Business owners and their employees deserve an environment free from assaults, threats and shoplifting. Efforts to reinvent policing must be grounded in evidence and sound policy to ensure community safety and the elimination of violence against our black neighbors. Those who come downtown simply to destroy property and endanger the safety of others must be held accountable. These acts continue to be a major obstacle to renewal, and public officials must make it clear that they will not tolerate this behavior in Seattle.

∙ A safe, healthy and robust transport network with clear messaging so employers and passengers know what to expect and have reliable mobility options. The renewal of our urban core will not be successful without frequent bus and train service.

∙ A commitment to making downtown Seattle the easiest place in the region for entrepreneurs and innovators to open a new business and fill vacant storefronts. This should include a comprehensive assessment of the current permit system and the establishment of a public/private alliance to accelerate and support the creation of new businesses, as well as to retain and grow existing businesses, particularly among marginalized communities.

∙ Realization of major infrastructure projects critical to mobility, quality of life and economic competitiveness of the city center. Local, state and federal leaders must align on strategies to ensure the completion of generational infrastructure projects, including the light rail expansion and the addition of the Washington State Convention Center. Mooring this project would immediately eliminate 1,000 construction jobs and impact thousands of contracts for minority and women-owned businesses.

∙ An event and activation strategy for the public space which draws on Seattle’s creative flair to bring vibrancy to public spaces through music, performance and interactive experiences.

∙ An extensive marketing and communication campaign celebrate and amplify the reopening and creation of new downtown businesses and experiences to reintroduce regional residents and vacationers to all that downtown has to offer.

This is not an a la carte menu. Each of them is a “must do”. This community has bet big on the assumption of a healthy, prosperous, and economically vital downtown Seattle to support investments in services, programs, and infrastructure critical to quality of life, equity, and sustainability of our region. While the historic resilience of cities provides a measure of optimism for our efforts and prospects, we cannot take anything for granted.

It’s time to get to work advancing a practical and bold strategy for the renewal of downtown Seattle.

Jon Scholes is President and CEO of the Downtown Seattle Association.

Rachel Smith is President and CEO of the Seattle Metropolitan Chamber of Commerce.