A once ‘lifeless’ downtown neighborhood turned into a health care hub 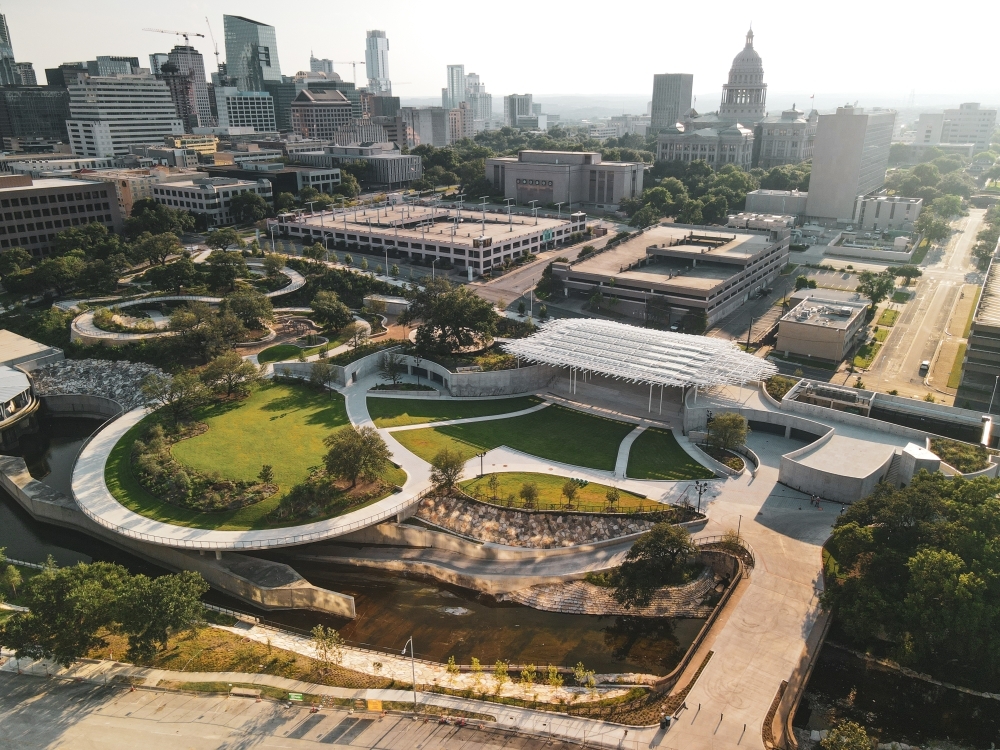 Editor’s note: UT Health Austin has been updated to include Austin in every reference.

Since then, the downtown northeast has transformed into a health-focused innovation district, with a state-of-the-art teaching hospital known as Dell Seton Medical Center at the University of Texas at Austin , and UT Health Austin, the clinical practice of Dell Medical — and opened new offices, Waterloo Park and the Moody Center.

What was once an area that Austin City Council member Natasha Harper-Madison has publicly described as “largely lifeless” has been transformed through partnerships with the Downtown Austin Alliance, Capital City Innovation, Central Health, Ascension Seton and UT.

“Harnessing the strong tech economy, the highly innovative spirit of Austin’s business community, rallying around this new medical school and this vision to transform the delivery of health care is the big vision for the District of innovation,” said Michele Van Hyfte, vice president of urban planning for DAA.

In 2011, then-Senator Kirk Watson created his “10 Goals in 10 Years” initiative, which included building a modern teaching hospital and medical school.

One of the main reasons these institutions were able to take up space in the area was the work taking place at that time on Waterloo Greenway, said John Rigdon, Director of Planning and Design at Waterloo Greenway Conservancy. .

Before Waterloo became the plant-filled green space it is today, it was a flood-prone park that had fallen into disrepair, Rigdon said.

Initially, the city sought to address critical erosion and flooding issues along Waller Creek by funding and developing a flood control tunnel. However, with 30 downtown acres soon to be out of the floodplain as a result of these efforts, the area has become prime real estate for the development of a thriving public space and innovation district, a said Rigdon.

Of the 664 graduates of Dell Medical’s residency programs, just under half chose to practice in central Texas. Ascension Seton and UT Health Austin, the clinical practice of Dell Med, have collaborated to add 30 new adult complex care programs and seven specialty pediatric programs to the region, including the Texas Center for Pediatric and Congenital Heart Disease, which performed the first infant heart transplant surgery in Central Texas in 2020.

“[People] underestimate the amount of research that comes out of UT Austin and becomes commercialized and helps ordinary people,” McDonald said.

In 2019, a DAA analysis showed the district would create 2,800 permanent jobs — including some for people without college degrees — and increase land values ​​by 53 percent.

“And then the pandemic just crushed all that momentum,” Van Hyfte said.

The DAA did not conduct any further economic analysis, but it did see the pressure trying to fill the Innovation Tower, an office building built with the aim of bringing together science and technology companies to drive innovation. .

Central Health – the county’s health care district serving low-income people – has been criticized for its role in the district by groups. Groups such as the Austin Taxpayers Union, the NAACP and the League of United Latin American Citizens have alleged that Central Health lacks financial transparency.

The allegations came before the Travis County Commissioners Court in July, which voted to conduct a performance audit on Central Health in 2023 in an effort to better understand Central Health’s finances as it continues to grow in the Innovation District and Metro Austin.

When Waterloo Greenway completes all three phases, the park will stretch from the Innovation District to Lady Bird Lake and Rainey Street.

“Ultimately, people will be able to walk from The Butler Trail or the Mexican American Cultural Center throughout our park system and connect to UT at the end of the trail; all on accessible and safe off-road trails,” Ridgon said.

On September 29, the Austin City Council entered final negotiations with developer Aspen Heights Partners for two 37-story residential towers in the neighborhood at 1215 Red River St. and 606 E. 12th St., Austin. More than 25% of total housing space — about 900 units — will be income-tested, doubling the number of affordable homes built downtown over the past two decades, Harper-Madison said.

She said the project, like other developments in the Innovation District, revitalizes an area that was once a community of black and other minority residents who were later displaced by “urban renewal,” leaving the largely sterile area.

“With the new teaching hospital and the reincarnation of Waterloo Park, we’ve been slowly revitalizing the area for a few years now, but this project promises to put that work into overdrive,” said Harper-Madison.