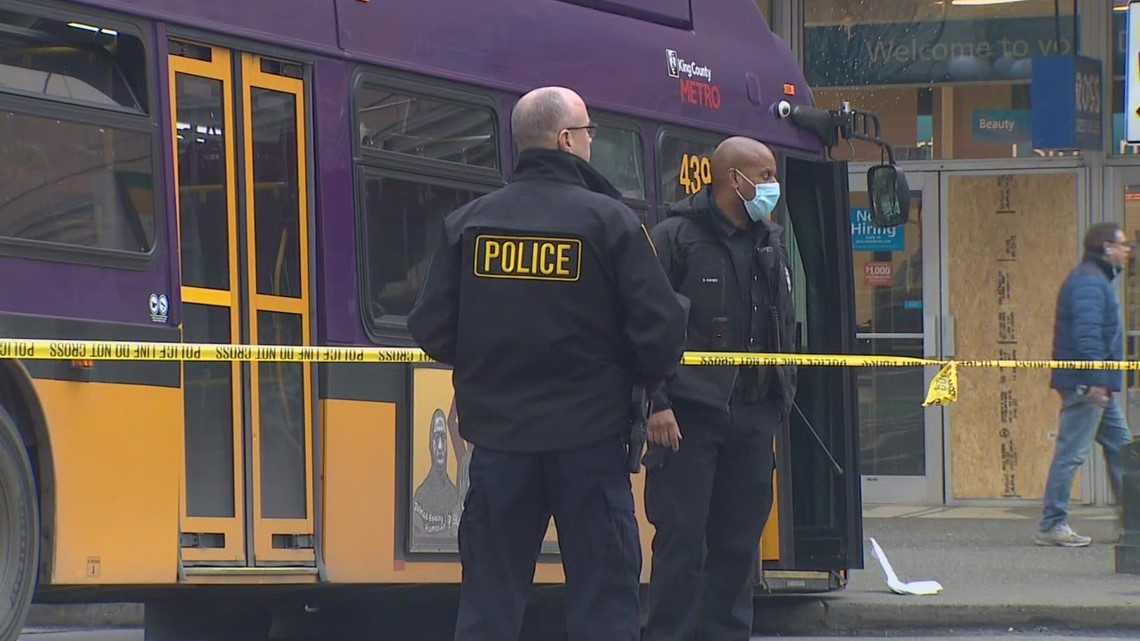 One person was shot in the hip near 3rd Avenue and Pike Street according to the Seattle Police Department.

SEATTLE — A person was shot and injured near a busy downtown Seattle intersection a few blocks from Pike Place Market on Wednesday afternoon, according to the Seattle Police Department (SPD).

Around 2:10 p.m. Wednesday, multiple 911 callers reported a shooting on 3rd Avenue and Pike Street, according to the SPD. Officers found a man with a gunshot wound to the hip at the scene. The victim, identified as a 31-year-old male, was taken to Harborview Medical Center in stable condition.

Witnesses told police the victim and suspect were in an argument that escalated before the shooting. Someone who was with the victim may also have exchanged gunfire with the suspect, police say. A subway bus was damaged in the shooting.

The victim was found in possession of a handgun, 14 grams of heroin, three grams of methamphetamine and 82 fentanyl tablets, according to police.

Police did not say if a suspect has been identified or if anyone is in custody for the shooting.

Officers are investigating a shooting at 3rd/Pike. One person was reportedly injured. More information as it becomes available.