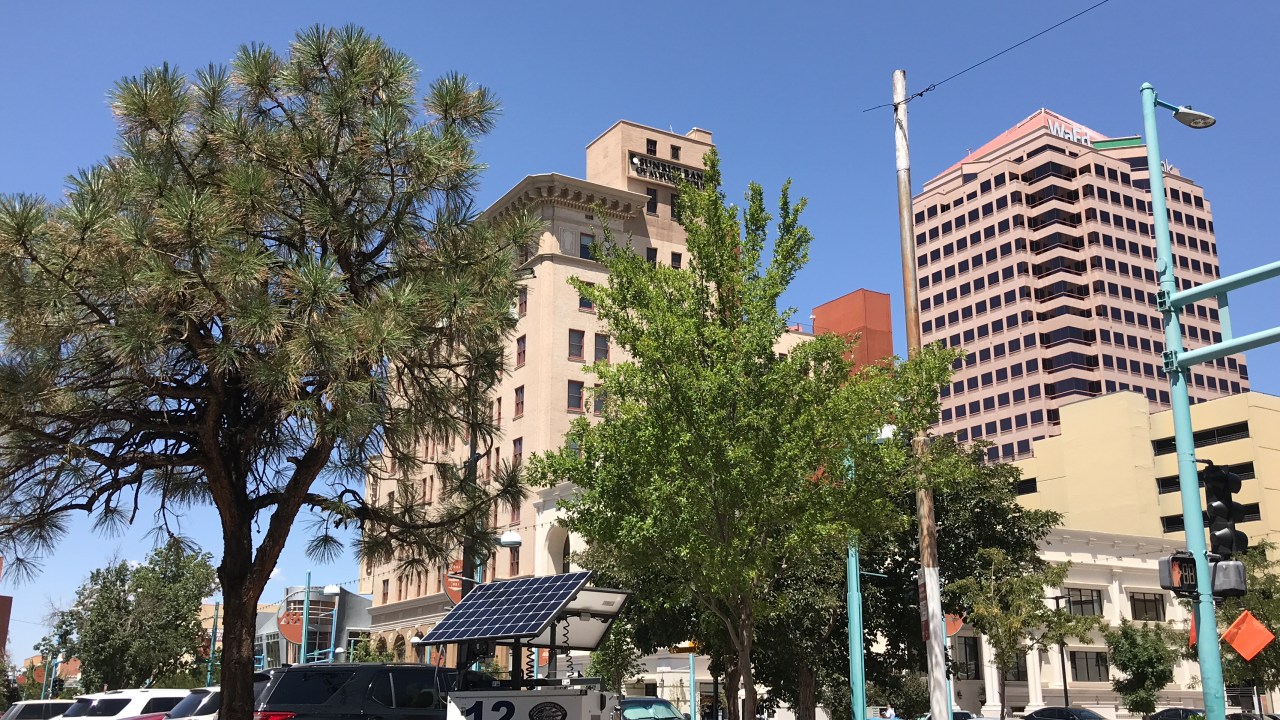 ALBUQUERQUE, NM (KRQE) – Becoming a tourist in your own town is something that has grown in popularity since the start of the pandemic. Locals took to the streets of their hometown and tried to look at it from a new perspective, which is what the Albuquerque Historical Society started to do again.

The association began organizing free weekly walking tours of downtown Albuquerque long before the pandemic hit, but had to take a hiatus because of it last year. On August 7, they resumed touring. Participants can meet a company volunteer on Saturday morning and walk down Central Ave. from First Street to learn about Albuquerque’s beginnings in 1706 and its rapid growth with the arrival of the railroad in 1880.

Society Volunteer Coordinator Trudy Merriman gave the tour on Saturday August 7 and has been giving these tours since 2015. She discusses the history of buildings like the Alvarado Hotel and Transportation Center, the Sunshine Building, the Kimo Theater and many more. Moreover. .

Merriman said she sees her and her fellow volunteers as emissaries, working to change the way people view the city center. “I think right now there is a real negative connotation in downtown with the homelessness issue and the crime happening in the city, but the story is still there. I think downtown is vibrant, and people don’t realize there’s a lot going on here, and it’s good to come here, ”Merriman said.

Kathy Economy was one of the enthusiastic participants of the tour. She said she views every downtown area of ​​a city as a gem that’s often overlooked. “They provide a rich history of a city location that we must preserve and maintain to keep what happened in the past a memory for our future,” Economy said.

She said she was so fascinated with what she learned during the tour that she decided to become a guide with the company so that she could possibly give tours as well. For more information on the Albuquerque Historical Society, visit their website.