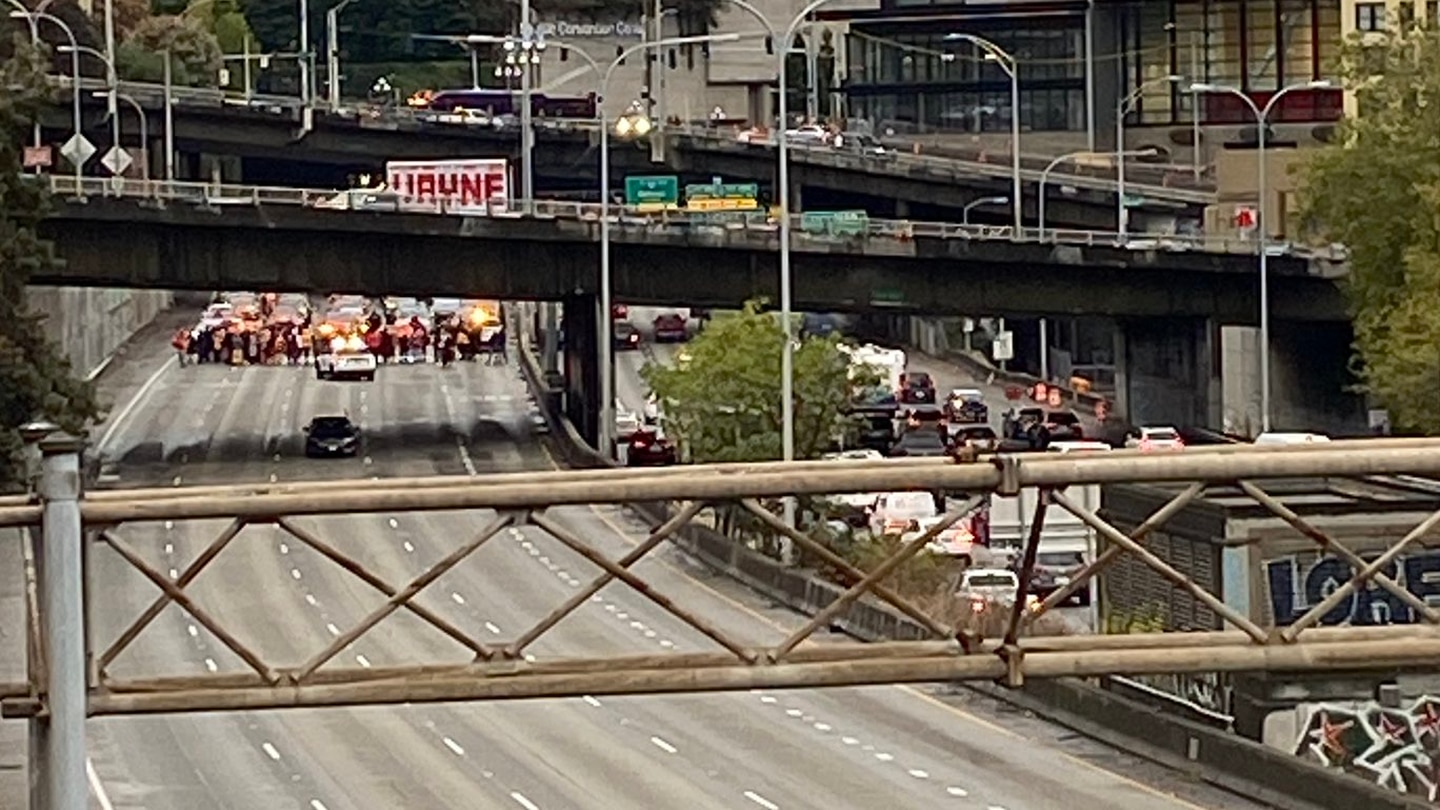 All northbound Interstate 5 lanes near Lakeview Boulevard East in Seattle were blocked due to a protest on Friday afternoon, according to to the Washington State Patrol.

Exits from eastbound and westbound I-90 to northbound I-5 were also closed, with backups extending about four miles. WSDOT advised drivers use alternate routes “and expect traffic jams”.

All highway lanes have since reopened.

Washington State Patrol Trooper Rick Johnson said no one was injured and the highway was cleared without incident.

The protesters say they seek to raise awareness of “the nearly 2-year-old genocidal war being waged against the people of Tigray, Ethiopia,” the group said in a press release.

“In this situation, I think there would be a better way to do it than at this time of day when a lot of people are leaving work and just trying to get home,” said Jaffar Said, who lives In the region.

“I feel bad for them, but I understand they’re trying to prove a point,” another resident said. “Let them prove it.”

Correction: Any police presence we see on the scene is the Washington State Patrol, as this is the highway.

Protesters on I-5 northbound in Seattle (Courtesy of Shane Mencions)