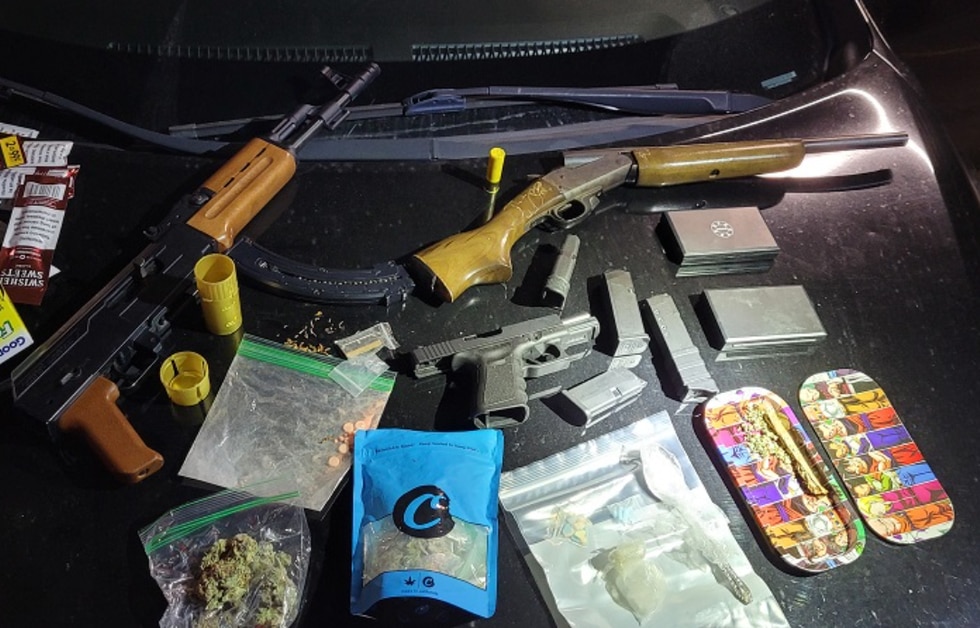 The suspects have been identified as Harvey Hemphill, 30; and Fidel Jaimes-Carachure, 17. Two minors not identified by the police are also in custody.

The arrests took place shortly before 3 a.m. on Sunday, January 30 at the Gulf Station at 717 East 7th Street.

Police said the arrests were made “as part of the department’s commitment to removing illegal weapons throughout the city, and with a particular downtown-centric focus.”

APD officers assigned to the downtown unit responded to a disturbance at the Gulf gas station and observed several suspects pull out firearms in the parking lot, police said. The nature of the disruption has not been disclosed.

The suspects were then seen getting into a black Nissan Altima and leaving the scene.

Police located the vehicle in the 600 block of the I-35 service road northbound in front of the Wendy’s.