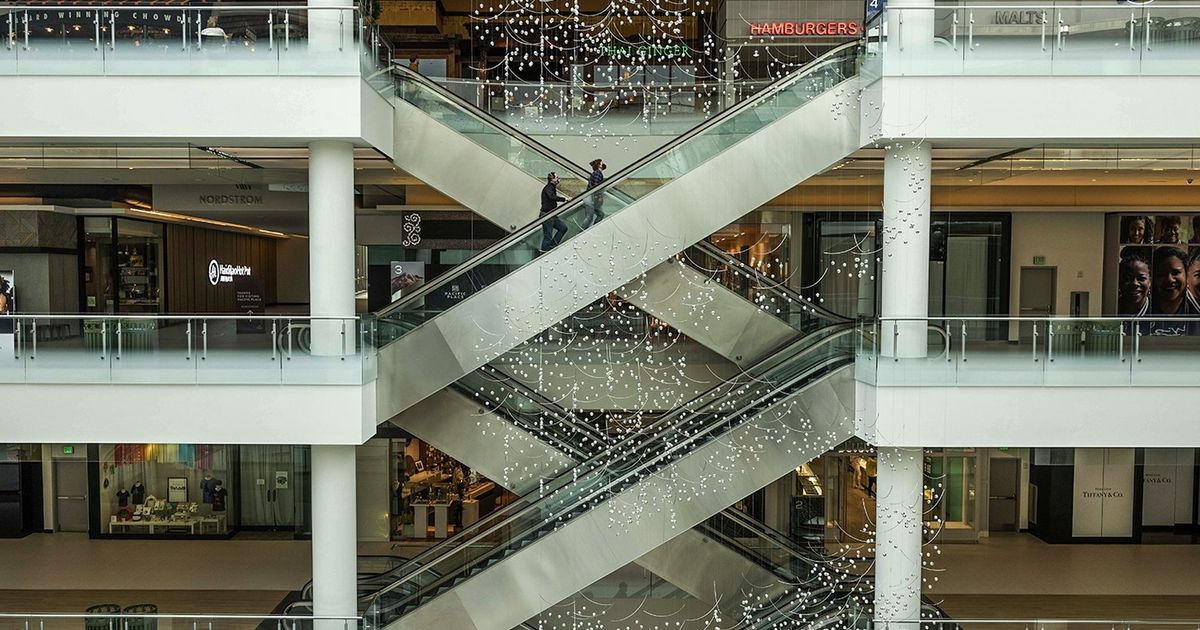 An unusual proposal to convert a struggling downtown Seattle shopping center into office space appears to be on hold, according to media and city officials.

On Thursday, a 3-month-old plan to turn most of the five-level Pacific Place Center at Seventh Avenue and Olive Way into office space was declared “out of order.” according to the Puget Sound Business Journalciting a source familiar with the $260 million proposal.

Documents for the renovation filed on May 11 remains in the city’s permit system. But Seattle officials have not received any official communication from the Seattle developer Pine Street Group, which was on file as the project’s applicant, since June 3, when the Department of Building and Inspections requested revisions. to a preliminary site plan.

A delay or outright cancellation could be another setback for a downtown still reeling from pandemic shutdowns, absent office workers, security concerns and a traditional brick-and-mortar retail sector. mortar that beat even pre-coronavirus.

Pine Street declined to comment Friday on the progress of the project. Pacific Place owner Madison Marquette and Los Angeles-based Hudson Pacific Properties, which is listed in documents as the owner of the project and is believed to be in partnership with Madison, also did not respond to questions on Friday.

Preliminary plans called for the conversion “of floors 2 to 5 into offices, including the addition of elevators, a new office lobby, the addition of windows” and mentioned the possibility of “adding 1 to 3 towers above above the existing structure, potentially residential, office and/or hotel.

The nearly 340,000-square-foot mall, which includes an AMC multiplex cinema on the top floor and a massive 1,164-space underground parking lot, opened in 1998 in hopes of downtown revival.

But the mall has recently struggled to attract and retain tenants, including number dropped by more than 50 in 2017, according to contemporary media reportsto the roughly two dozen currently listed on the Pacific Place website.

Several Seattle-area retail and office experts said they weren’t surprised by the project’s potential stall, given so much uncertainty in the downtown Seattle office market.

“I thought it was a dumb idea, and I’m glad to hear it might not go forward,” said Jeff Rosen, commercial real estate broker at Seattle Pacific Realty, specializing in retail. detail.

Office vacancy in Seattle’s central business district, which includes Pacific Place, jumped to 18.6% in June from an already high 16.2% in March, according to the commercial real estate agency. Kidder Mathews. This compares to 5.5% in the Eastside and 10.2% in the region.

With an “incredibly soft” office market, “I wouldn’t be surprised if all the developers who have planned office buildings reevaluate their construction,” added Chris Kagi, a Savills broker in Seattle who works with tenants leasing properties. offices.

“There was a belief that after the omicron wave, office occupancy would pick up,” Kagi said, “and over this summer, that didn’t turn out to be the case.”

Some of that softness reflects the slower-than-expected return of remote workers to downtown offices, where physical occupancy last week was just 37% of the level for the same week in 2019, according to Data of the Downtown Seattle Association.

News of the project’s eventual booth came as no surprise to Earnest Thomas, president of the Onyx Fine Arts Collective, a nonprofit that primarily represents visual artists of African descent and has been a tenant of Pacific Place since five years.

Given downtown’s slow recovery, he said, “a lot of us didn’t think this was going to happen.”

Thomas also questioned the wisdom of a plan that could sacrifice downtown commercial space, many of which are suitable for small businesses, just as the city was trying to encourage office workers to move back downtown and to attract more full-time downtown residents.

“There has to be something here to keep them … in our downtown, to keep the revenue from the business flowing,” he said.