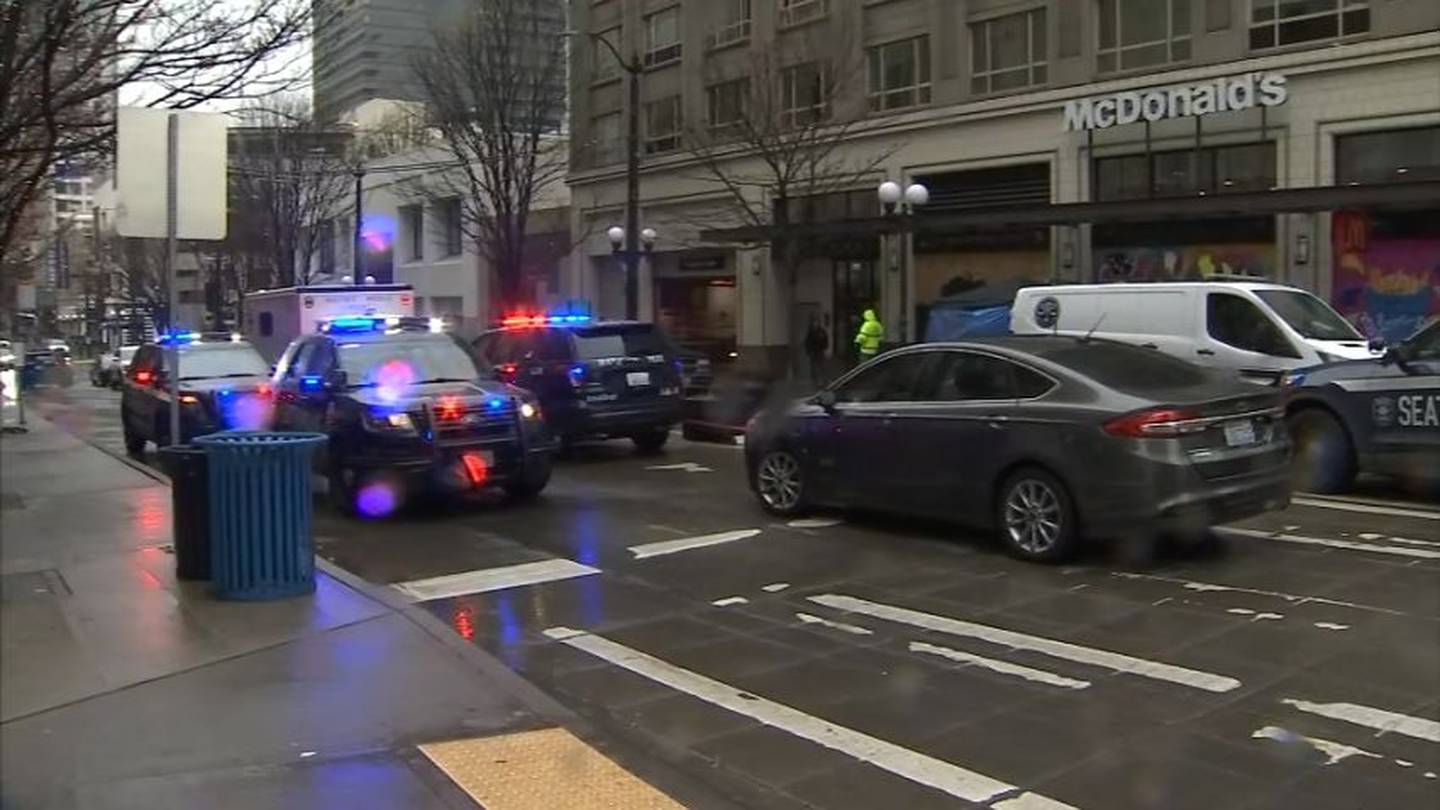 SEATTLE — A call for help from some Seattle business owners caught up in the chaos downtown.

“Mayor, where are you, Mr. Bruce Harrell?” asked a frustrated owner, Leyla Farange. “I need you here to see what’s going on!”

This is after a recent wave of violence on 3rd Avenue left one person dead.

Some downtown Seattle business owners say they fear for their livelihoods and their lives.

Now the owner of a popular downtown sandwich shop is closing until the area is secured.

Some owners say they are determined to stay. But this afternoon, KIRO 7 got a glimpse of what they say they have to manage every day.

Inside the Century Square building on 3rd Avenue, the longtime owner of Cafe Zum Zum confronted someone he believed was trying to rob his restaurant.

“Yeah, it’s an everyday story,” Shaw Mahmood said. “You know, there are so many homeless people out there. They’ll come in and we won’t look, and they’ll grab the tape, they’ll steal money. They’ll steal anything they can grab. We are tired of everyday history.

This daily story has been put together over the past week.

A man was fatally shot Sunday afternoon half a block at 3rd and Pine. Last Monday, a man was shot and seriously injured half a block in the other direction.

Now, the owner of this sandwich shop has temporarily closed her downtown store.

Those who remain say they feel abandoned by city leaders.

“So I have to worry about someone shooting me?” asked Leyla Farange, owner of Gyro’s Place. “What is it? Mayor? Where are you?”

We took their concerns to the mayor.

“The level of crime, the lack of public safety, as mayor, is unacceptable to me,” he said.

But Harrell says his efforts are hampered by an inadequate police force.

“I inherited 900 officers, 500 less than I would like to be,” he said. “But I ask our officers to do the best they can with what they have right now as I recruit new officers.”

Meanwhile, it remains a reality in what was once a thriving downtown.

“I was 9 years old when the war between Iran and Iraq started,” Farange said. “I survived this. But I don’t know if I can survive this!

Business owners say their problems worsened after Little Saigon was cleaned up. They believe that many of those who were there came here.

The mayor says he has no supporting data.

But he says he hears them.

And he and his staff strive to hold those who break the law accountable.

But all of this, he says, will take time.