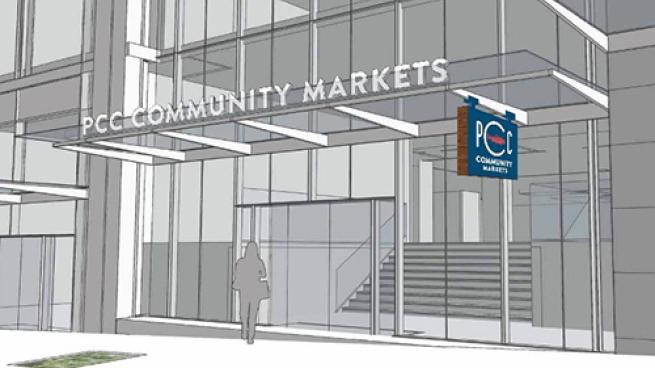 “PCC is committed to helping rebuild a vibrant and healthy downtown,” said PCC CEO and President Suzy Monford. “When Downtown PCC opens in 2022, it will bring local, organic and sustainably sourced food to the neighborhood. But we know it’s critical to address growing food insecurity in our community now, and we’re excited to offer our new Food Access Grant program to support our inner-city neighbors.

As PCC opens new locations, each store partners with a local food bank to expand food access programs in support of the surrounding community. While planning the new downtown location over the past year, PCC met with various food banks, catering agencies and community groups to better understand their needs. During these meetings, two themes emerged: the urgent need for emergency food services and the continued disruption of COVID-19 in traditional food access operations. To meet the current needs of these organizations, PCC created the Food Grant.

“The pandemic has hit our downtown community especially hard,” noted Rachel Smith, president and CEO of the Seattle Metropolitan Chamber of Commerce. “PCC has a rich tradition of supporting our Seattle neighborhoods with their food access programs, and the new Downtown Seattle Food Access Grant comes at a pivotal time to help serve our community. .”

The downtown Seattle store will occupy 20,000 square feet in Wright Runstad’s Rainier Square project. Located in the heart of the city, the store will serve the Downtown, Belltown, West Edge, Pioneer Square and First Hill neighborhoods, and bring approximately 100 new union jobs to the surrounding area.

“While we are thrilled to have PCC join the downtown community this year, we appreciate the co-op’s candor with this announcement and look forward to the eventual opening,” said the president and CEO of the Downtown Seattle Association, Jon Scholes. “We recognize the challenges facing all businesses at this time and appreciate that PCC is stepping up its support for downtown through this year’s newly created grant program.”

With an active membership of over 90,000 homes, based in Seattle PCC Community Markets operates 15 stores in the Puget Sound area of ​​Washington, encompassing the cities of Bellevue, Bothell, Burien, Edmonds, Issaquah, Kirkland, Redmond and Seattle. The co-op also plans to open new stores in downtown Seattle and Madison Valley, and relocate its Kirkland location. In 2020, PCC gave more than 60% of its pre-tax profits, including its first-ever dividend, to the members and communities it serves.