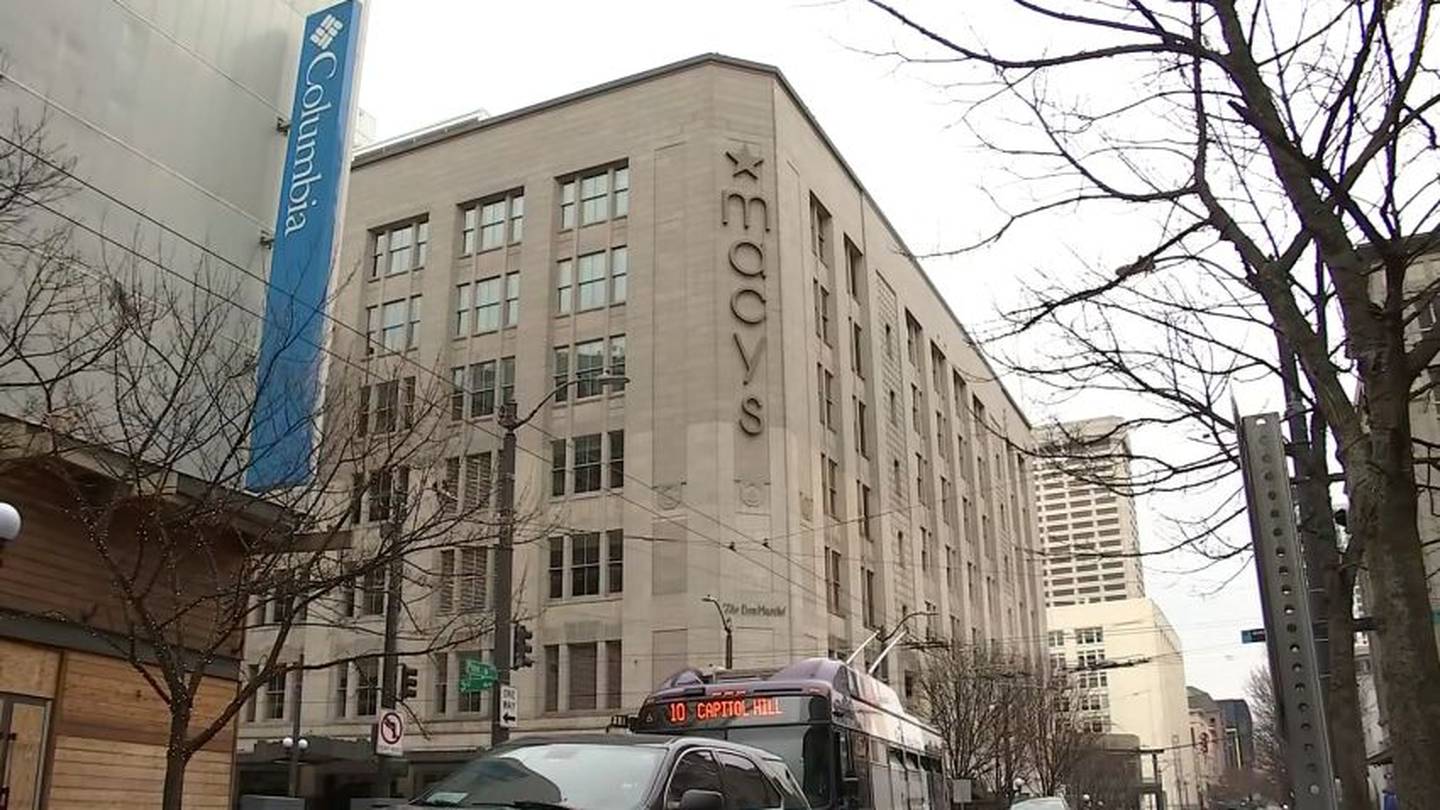 SEATTLE — Downtown crime problems have gotten so bad that Amazon is moving employees out of its 3rd and Pine offices in the old Macy’s building.

Although employees still have the option of working there, Amazon said it now provides alternative office space for the 1,800 employees assigned to work at 300 Pine Street.

A spokesperson said in an email: “Given recent incidents near 3rd and Pine, we are providing employees currently at this location with alternate offices elsewhere.”

Amazon is moving up to 1,800 employees to offices above the old Macy’s (300 Pine St) due to recent violence downtown.

These recent incidents include a wave of homicides, shootings, carjackings and burglaries. Rising crime has led to a multi-jurisdictional criminal crackdown between Seattle and federal law enforcement. For more than a week now, Seattle police have been patrolling the streets of this neighborhood as the city works to improve safety in the area.

“We find that the vast majority of cases that we take as federal prosecutors involving drugs involve fentanyl. When I was here eight years ago, I don’t think we had a single case of fentanyl,” said U.S. Attorney Nick Brown for the Western District of Washington.

The neighborhood near 3rd Ave and Pine Street in Seattle has been a hot spot for decades. But ask people what caused the last downward spiral and you’ll find a common thread.

“Fentanyl, this fentanyl is crazy,” said Daniel Jules, who lives in Seattle. His bus line takes him daily to 3rd and Pine.

“I used to hang out here all the time like a few years ago, but when the blues hit it got very sketchy,” said fellow Seattle resident Savannah Earley.

“The blues” refers to the round, blue, counterfeit M30 pills that contain fentanyl.

Since the arrival of a mobile police station and a strong law enforcement presence, businesses say security in the neighborhood has improved significantly. “It’s night and day,” said Amir Yousuf, owner of International Cigar and Tobacco, who KIRO7 spoke to earlier this week.

But people say they believe the drug dealers will come back.

“Once the cops are gone. They will come back. They’re watching, they’re watching right now,” Jules said. “The feds should be on their ass,” he said.

In fact, the U.S. Attorney’s Office, in conjunction with law enforcement, says the fentanyl traffickers and actors running the drug operations are precisely who they are targeting.

“We used to very rarely see the mid-level dealer or trafficker with guns, but now we see almost everyone we meet has a gun. Illegal activities will lead to violence and that’s a real focus for us,” Brown said.

In a recent case of a person arrested from 3rd and Pine and charged with distribution, investigators found 187 “round blue M30 pills” on the suspect. He was arrested after selling out to the secret police.

“Arrest the people who are really in charge and making decisions. This usually involves dealing with some mid-level dealerships. But I’m really focused on the people at the top,” Brown said. “A lot of them never set foot in Washington State, but leave from Mexico or other jurisdictions, and just go up and down the I-5 corridor to Canada,” Brown said.

Since the crackdown in the neighborhood, Brown, who uses the 3rd and Pine bus stops daily, says he too is feeling the change.

But Brown adds that there is another piece of the puzzle beyond law enforcement.

“We’re not going to sue to get out of this,” Brown said. “You need law enforcement and you need services on the other side. You need community organizations working with high-risk people,” he said.

Amazon says employees still have the option of continuing to work in its 300 Pine Street office. A spokesperson said in an email: ‘We hope conditions improve and we are able to return employees to this location when it is safe to do so.’