City of DeWitt prepares to revitalize its downtown with $600,000 grant 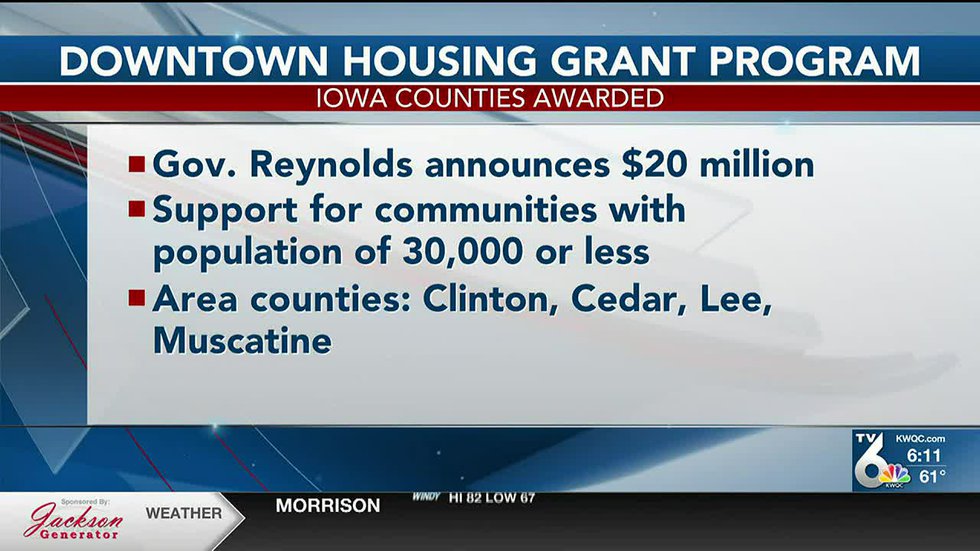 The program provides support to communities of 30,000 or less.

A few of the surrounding counties that have won the award are Clinton, Cedar, Lee, and Muscatine.

TV6 met with city officials in DeWitt, who said the money would be used to build 53 rental units in their downtown area.

“First, we need all types of housing. As I said before, it’s a tight market all round. Another report unrelated to this project showed that our units or rental units were almost 100% vacated. So we need more apartments and apartments at market price haven’t been built there or apartments for some time. This is located in downtown Dewitt. So it has an even stronger impact. Because now it brings those 75 to 100 people right into our downtown area where we have restaurants, services and retail,” said DeWitt City Administrator Steven Lindner.

City officials go on to say that the project will be built in the former Iowa Mutual Insurance building.

Construction could begin as early as this month and be completed within a year.