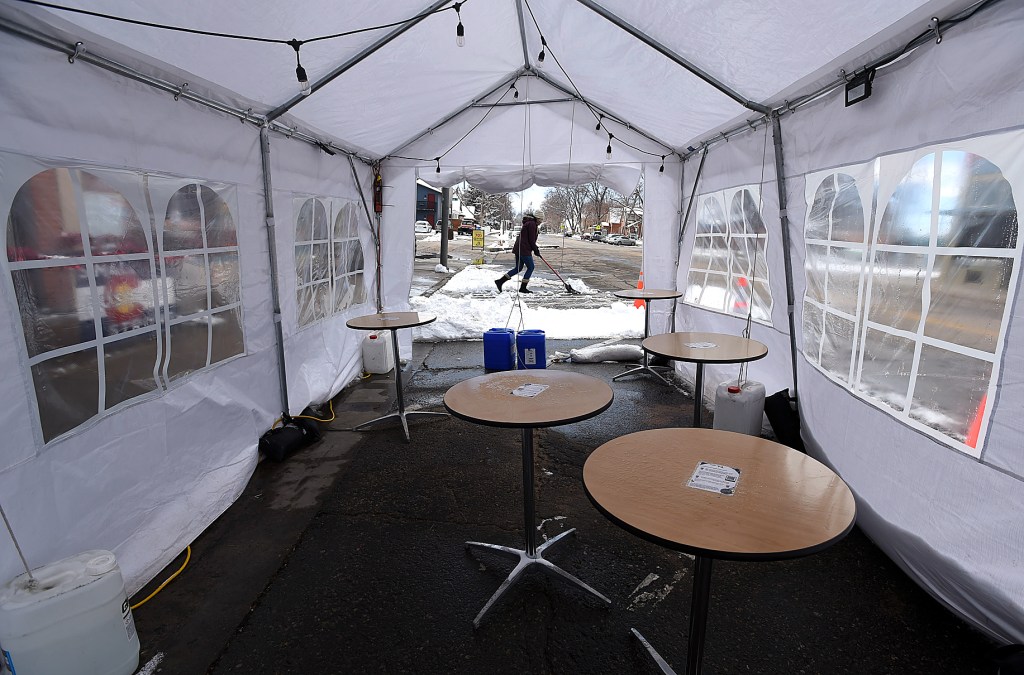 Restaurants in Loveland have until April 6 to apply for a new grant program to help foot the bill for tents, heaters and other weatherproof gear as COVID-19 rules continue to push diners outside. ‘outside.

The Loveland Downtown Neighborhood and the City announced this week that $26,000 of a surplus of $226,489 donated by the Platte River Power Authority has been set aside to start the Loveland Patio Assistance Program.

According to a press release, some examples of acceptable expenses include purchasing or maintaining tents and storing propane for outdoor heaters. Costs incurred since February 3 may be offset by grants.

District spokeswoman Fawn Floyd-Baltzer said the organization owns about 30 heaters that it has loaned to restaurants in need.

“But we only have a limited number, and we spread them among several different patios,” she said. “A lot of these businesses have really become dependent on outdoor seating. Even though we’ve moved to more relaxed levels, they may not have enough physical square footage with social distancing rules.

Restaurants, bars, breweries and other retailers with outdoor seating can apply. While the Downtown District administers the program, recipients can come from anywhere in the city.

The city paved the way for restaurants to expand their outdoor seating in May 2020, with an executive order issued by City Manager Steve Adams allowing the installation of tables, chairs and shade structures on sidewalks and parking lots. adjacent.

Deputy City Clerk Valerie Anderson said Wednesday that 27 businesses, all but six of which are located downtown, had registered to expand their seating under the ordinance.

Beneficiary approval will take place in mid-March, and checks will be cut after businesses submit their W-9 forms to the city. Receipts must also be provided at the end of the grant period or the city may recoup the funding.

Applications are accepted online at downtownloveland.org/patioprogram, and more information is available from District Executive Director Sean Hawkins, who can be reached at [email protected] or 970-699-2856.