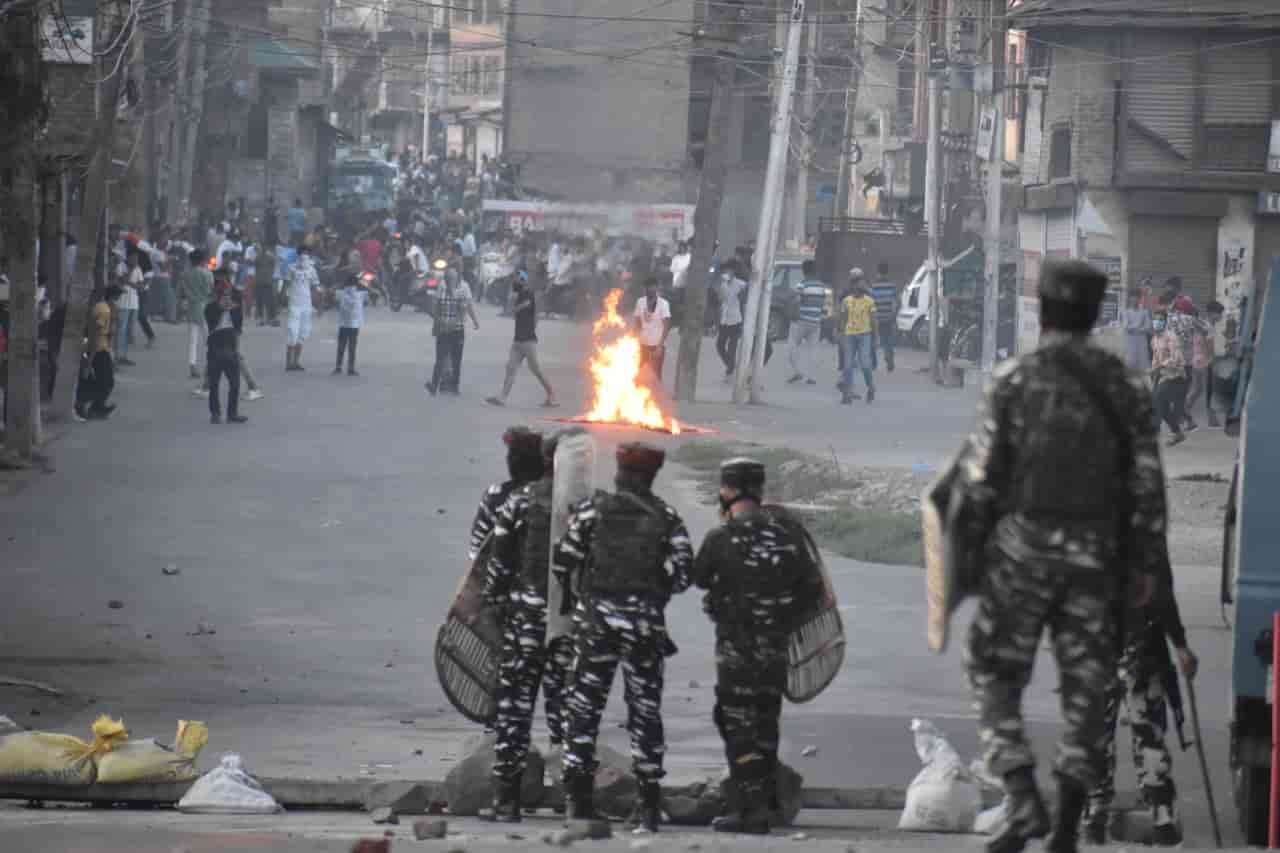 Restrictions in the region have been imposed following the death of Kashmir’s most prominent resistance leader, Syed Ali Shah Geelani.

Several youths were seen at one end of the road as government forces collided with them. Eyewitnesses said several tear gas rounds were fired during the clashes.

However, police said in a statement that “the situation across the valley has remained calm and no untoward incidents have been reported.”

Geelani died at 10:30 p.m. last night from a prolonged illness at his home, where he has been held in house arrest for most of the past decade. He was 91 years old.

State officials then imposed a curfew throughout Kashmir and cut off almost all lines of communication except the fluctuating government-owned BSNL networks.

A witness said The Kashmir Walla that roads were blocked during the intense tear gas bombardment in Nawabazar as nearly 300 people gathered and started throwing stones at government forces. “They [forces] blocked the roads and fired tear gas canisters at the crowd, ”he said.

Millions of people in the Kashmir Valley have been confined to their homes as the strict curfew was imposed by government forces amid a virtual blackout in communications after Geelani’s death. The streets of Srinagar city were blocked with barbed wire and barricades as there was a massive deployment of government forces.

Apparently, Geelani’s body was taken into custody around 3.30am and rushed to be buried near his home in the Hyderpora region of Srinagar.

Choose a plan according to your location