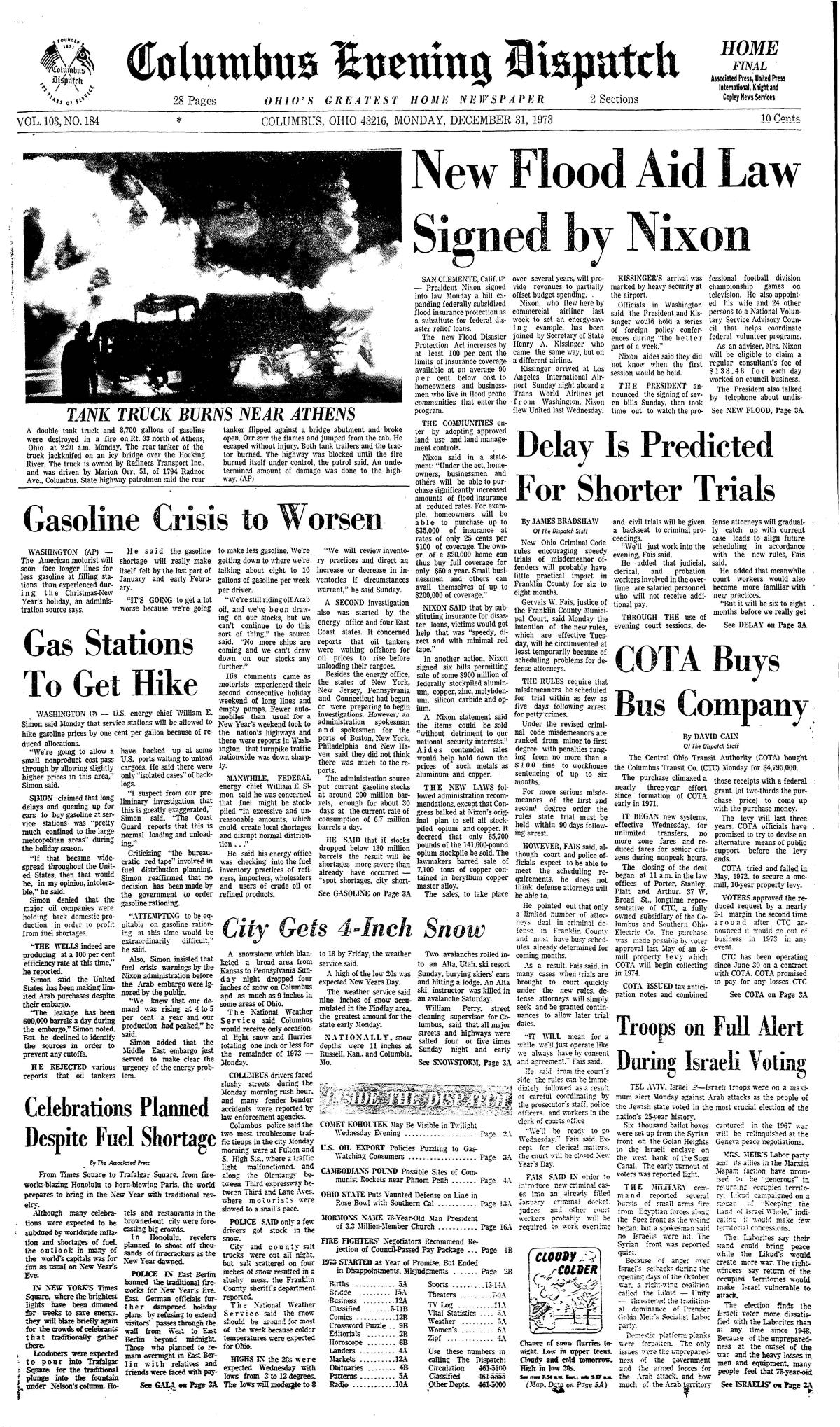 Editor’s Note: Every Sunday, The Dispatch features a front page of this week in history to celebrate the newspaper’s 150 years of publication, with a little update on what has happened since.

The end of the streetcar era in Columbus officially ended in 1973.

The CTC, however, last used an electric streetcar in Columbus in 1948. The company was a subsidiary of Columbus and Southern Ohio Electric Co., which would eventually become American Electric Power, based in Columbus.

COTA officials will need to find new sources of funding to serve Greater Columbus, which continues to grow as COTA plans to create high-speed bus routes in Franklin County through the LinkUS initiative, starting with a northern route. west which includes Olentangy River Road and an east-west road along West Broad Street and East Main Street.

COTA officials expect to increase fixed-route service next year as new drivers are hired. The agency’s goal is to hire 70 drivers by the end of this year and 100 by the middle of 2022. COTA has had problems retaining drivers during the pandemic.

With the Bus-It-To-The-Buckeyes football game day service returning in 2022, with the Columbus Zoo in the summer and the Red, White & Boom special service, COTA has no plans to resume. the free CBus Downtown circulator service, the NightOwl or AirConnect night-end route between downtown and John Glenn Columbus International Airport.

And the pressure from former mayor Michael B. Coleman for a renaissance of trams never got off the drawing board.