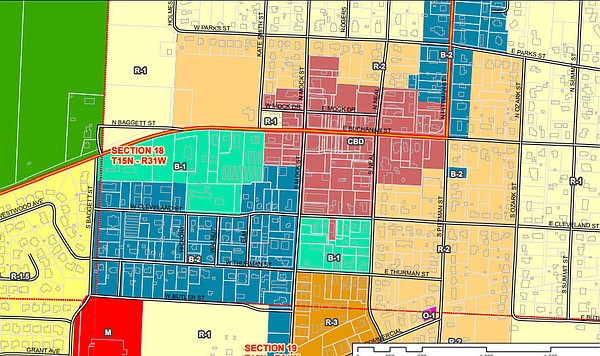 PRAIRIE GROVE — City officials have been discussing the idea of ​​establishing design standards for the central business district to protect downtown architecture and historic elements for years.

The ordinance comes into force 60 days after its adoption.

City Attorney Steven Parker said the city is working to establish a “historic district” in the downtown core, but there are many steps to take to get there.

The order to create an overlay district provides an “interim measure” with requirements that homeowners must follow for new construction or renovations, Parker said.

The original order would also have applied to any alterations or repairs to buildings in the district, but council member Rick Ault said he did not support that.

“New construction, absolutely,” said Ault. “My only concern is whether a building is damaged and (the owner) being able to restore it.”

Ault admitted it was probably a little ironic that he was a “historic preservation guy”, but he said property rights and costs also had to be considered.

The purpose of the ordinance is to require new construction and renovations to be “in keeping with the historic elements of the neighborhood”.

• All buildings must not exceed one storey or 35 feet in height.

• All buildings should use exterior facade materials that invoke the historic nature of the neighborhood, such as native stone, brick, stucco/plastic or stamped metal reproductions of historic storefronts found in other historic buildings in the area. district. Prohibited facing materials include vinyl or aluminum siding, wood siding, concrete siding, shiny metal and reflective glass or corrugated products.

• Exterior architectural elements should be consistent with other historic buildings in the Central Business District, and the design should reflect similar styles and elements found throughout the CBD.

• Compliance with stacking requirements will be ensured by planning and building staff. In the event of a dispute over the requirements, the Prairie Grove Planning Commission will make the final decision.

In another action last week, the council passed an ordinance to redraw city council wards based on the 2020 census.

According to a letter from Jeff Hawkins, director of the Northwest Arkansas Regional Planning Commission, the city council has a duty to ensure that each neighborhood has as equal populations as possible to best serve the interests of population.

Hawkins said courts have generally ruled that population differences between electoral districts should be less than 10%.

The gap for the boundaries of existing Prairie Grove neighborhoods, most recently determined after a 2014 annexation, is 68.8%, well above the 10% threshold, Hawkins said. This meant the city had to redraw its neighborhoods following the 2020 census.

Hawkins said his staff was able to keep current council members in their respective wards, another redistricting goal if possible.

The council also gave the green light to Larry Oelrich, the city’s administrative assistant, to pursue a hiking trail around Prairie Grove Lake. Oelrich said he was approached by a consultant from the Walton Family Foundation with the idea for the trail and possibly an opportunity to secure 100% funding for a trail.

The concerns, Oelrich said, would be to make sure the city’s lakeside facilities, such as the water treatment plant, are protected from anyone using the trail.

One benefit, Oelrich said, is that the trail could have an impact in the area similar to the impact of trails and activities at Lincoln Lake.

Chuck Wiley, the city’s director of public works, said the trail, if it comes to fruition, would help advertise Prairie Grove as a “destination area.”

The council raised their hands in a unanimous show of support to move forward with the pursuit of a lead.

• An order to rezone a parcel at 11157 Hogeye Road from A-1, agricultural, to B-2, commercial, at the request of Jerry Coyle of Prairie Grove. Coyle plans to use the land for a daycare center, according to city officials.

• Two new members of the Planning Commission, School Resource Officer David Faulk and Collin Cheatham. One fills a position vacated by Mallory Mounce, who resigned, and the other is a vacant position.

• An order to waive a tender for the purchase of an air compressor and the tanks and accessories needed to fill the firefighters’ air packs for $43,906 from the vehicle specialists of Conway emergency.

MAP COURTESY OF NWA REGIONAL PLANNING COMMISSION Prairie Grove City Council wards have changed due to the 2020 census. Council approved a new ward map at its March 28 meeting. These are the wards that will be in effect for candidates running for council in the November general election. 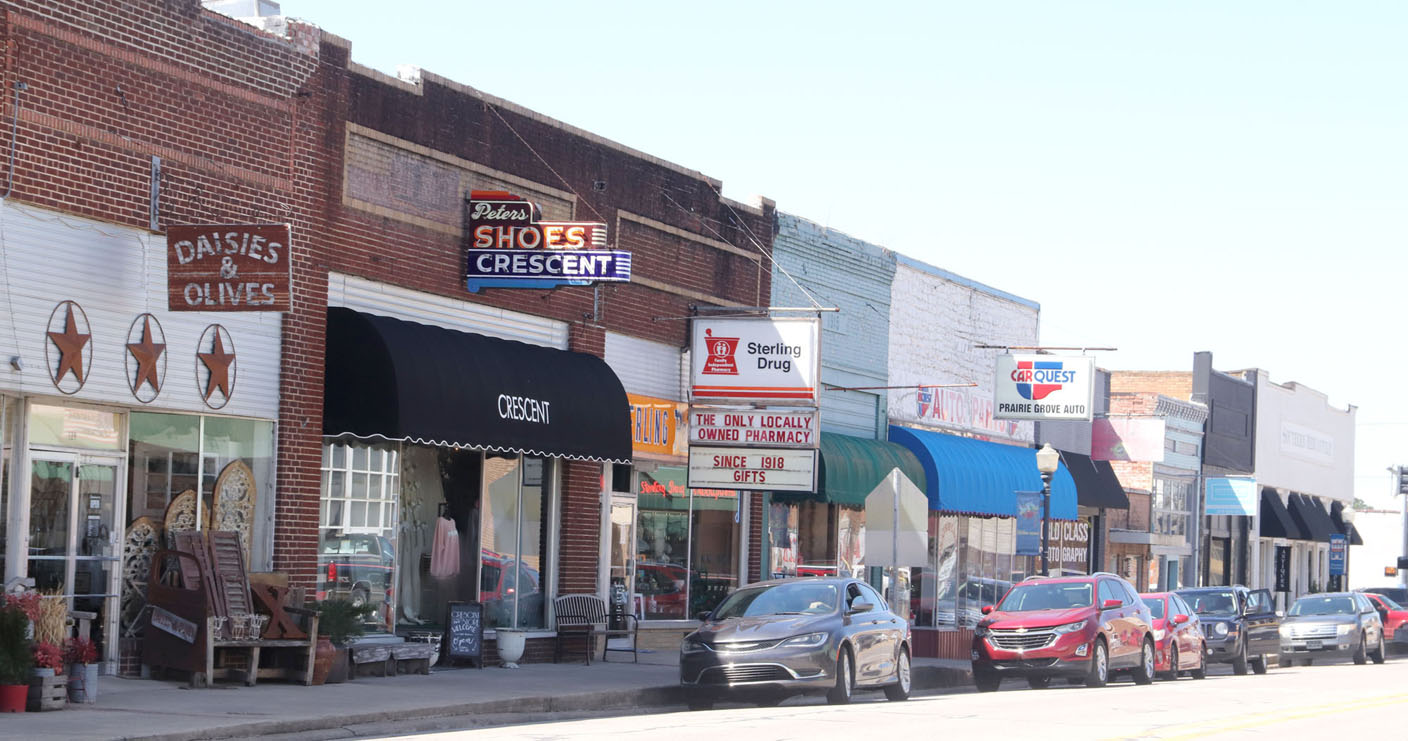