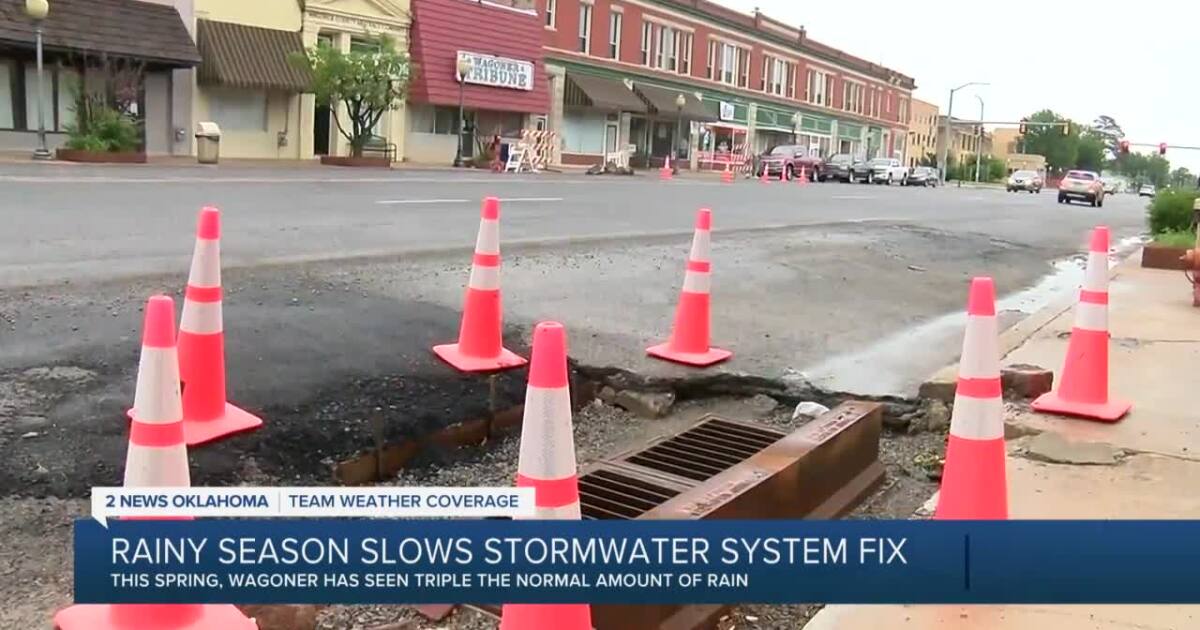 TULSA, Okla. – The Wagner teams are working on a new rainwater system. City leaders and neighbors tell 2 News that the current storm sewer, which is over 80 years old, is backing up, causing flooding in the downtown area. Officials say the drainage system is not only outdated, but needs to be widened to handle heavy rains, as they have recently done.

Ron, a wagon resident, describes the flood water as deep and dangerous.

“It goes up to the doors, they put sandbags against the doors to keep the water out, it doesn’t work,” Ron said.

The Boomerang restaurant on the main street tells 2 stories, they too have experienced the floods firsthand. But now the city is trying to change that.

“Every storm below 1% is going to be transmitted and reduce flooding,” Floodplain Administrator Bill Smith said.

“Streetscape is going to be a downtown beautification much like the Rose District in Broken Arrow.”

The Oklahoma Department of Transportation will also repave a one-mile stretch of road through downtown. But first they need to complete the storm water drainage system. Crews have been working for 6 weeks, but the heavy rains that hit the city this spring have caused problems.

“Every time it rains, it slows things down,” Smith said. “The streetscape project was supposed to start on May 1, but it was delayed until June 1, so we could do the work underground.”

The project is costing the city about $4.5 million with a loan from the Oklahoma Water Resource Board. They also received additional money through FEMA.

For Ron, that means safer roads during storms. But also says the city took too long.

“It’s great that it’s happening but it’s been since I’ve been here. For 25 years, this has not been done.

Smith says the Main Street project should be complete in about 8 weeks.

Stay connected with us anytime, anywhere —