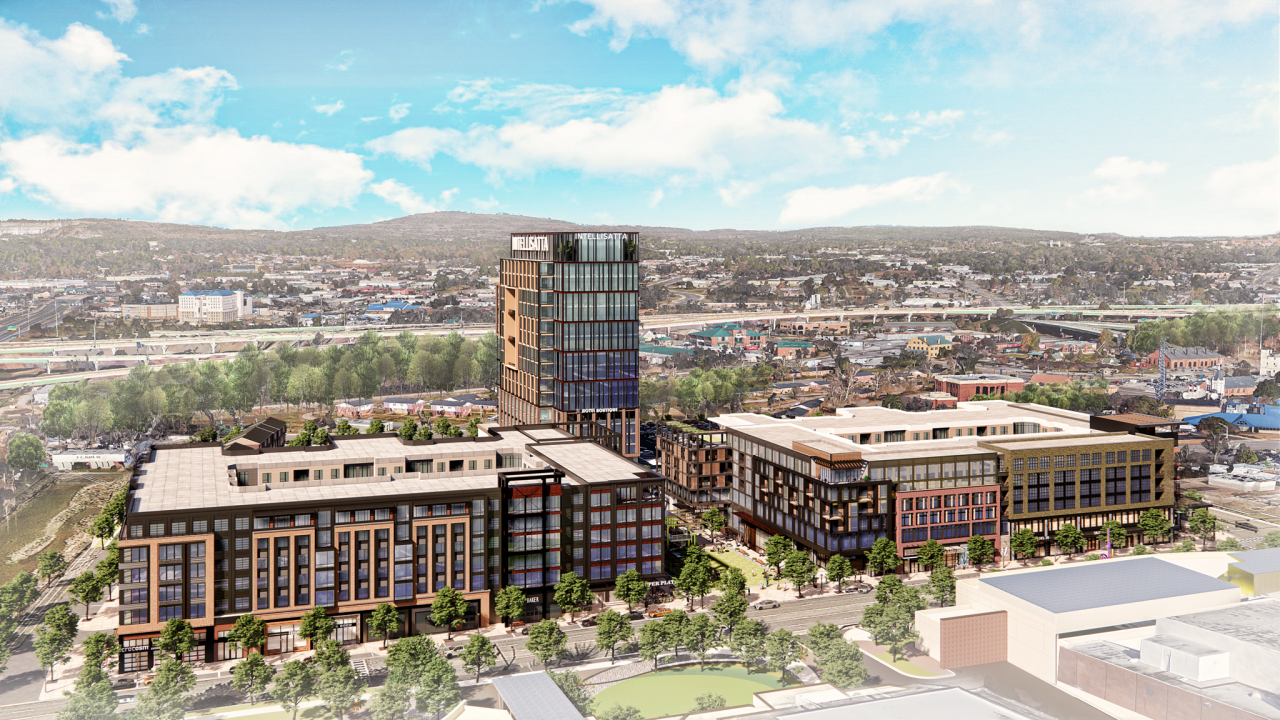 According to a press release, the project will include a mix of residential, commercial, office, entertainment and community space spread over three blocks along Clinton Avenue and adjacent to the Von Braun Center (VBC). The development was approved by the Huntsville City Council last June.

“It’s not just for out-of-town tourists,” said Huntsville District 4 City Councilman Bill Kling. “These will be great places for people who work downtown, who live downtown.”

The property was the former site of the Coca-Cola factory, but since the factory was demolished in 2014, the land has stood empty.

Kling said the city and the owner have given the project a lot of attention.

“The property has been available for a long time and I think the owners are waiting for the right project,” Kling said. “From what I understand, this will be a home run draft for downtown Huntsville.”

Kling said Front Row will act as a continuation of VBC and other downtown attractions.

“Front Row’s high-end features are expected to include premier multi-family residences unlike anything on the market today, chef-inspired restaurants, Class-A office space, a hotel- boutique and an active, accessible urban plaza for community events and programming,” the developers said in a statement.

As previously reported, the cost of the project is estimated at $325 million, with the City of Huntsville investing $18 million, but not before the project has either begun or completed its commitment.

Last year, Huntsville’s director of urban and economic development, Shane Davis, said the city’s return on investment would be more than $25 million over a 10-year period.