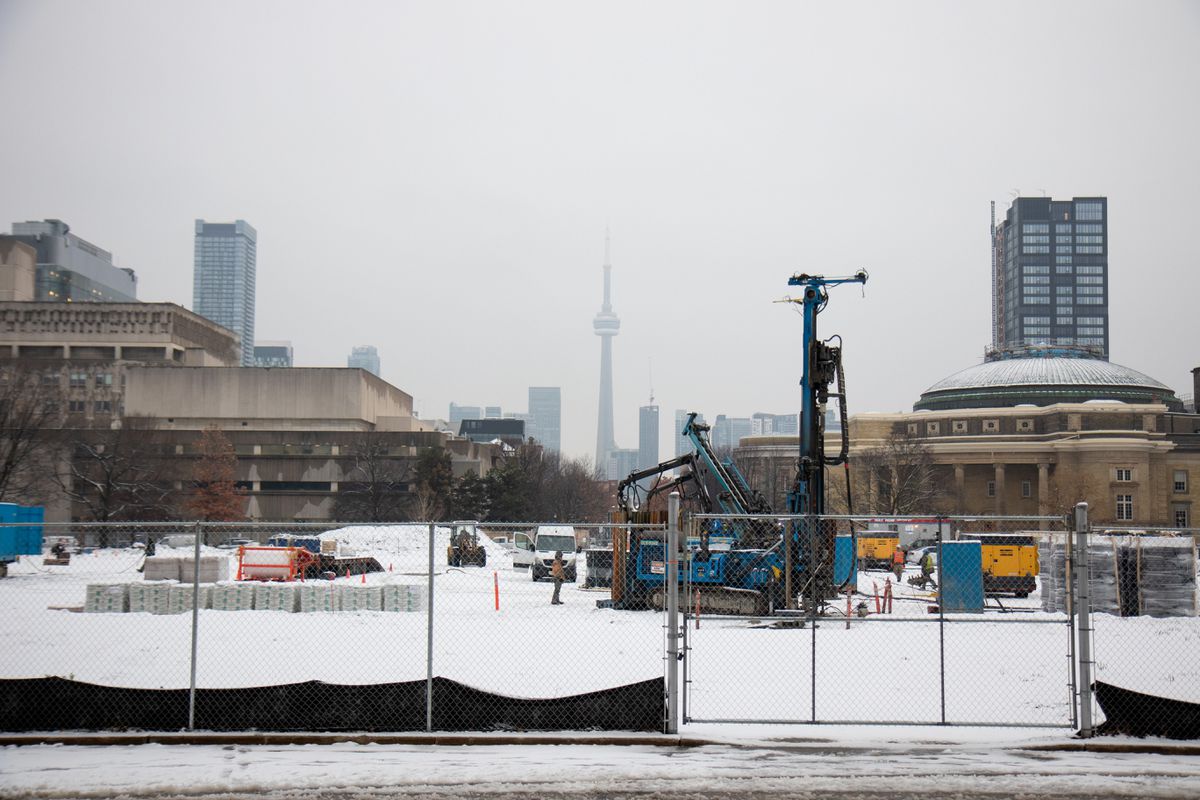 The University of Toronto is building Canada’s largest urban geothermal system under its St. George campus to heat and cool many of its 200-year-old buildings in downtown Toronto.

The system, also known as a ground-source heat pump, is expected to reduce the school’s annual greenhouse gas emissions by 15,000 tonnes when operational in 2024. The initiative is part of the university’s Landmark project, which aims to revitalize and reduce the environmental footprint of pre-Victorian buildings, some of the oldest in the city.

“The goal is to make heritage buildings more efficient than they ever imagined,” said Scott Mabury, vice president of real estate operations and partnerships, adding that he hopes builders across the country will ultimately see the project as proof that the carbon footprint of ancient structures can be manipulated.

“This geothermal trading system will help us have a much lighter touch on the world, and if we can do it here, we can do it anywhere.”

The system will regulate the temperature of more than 15 buildings thanks to a network of heat pumps extracting and storing heat from the ground. In the summer, it will evacuate excess heat from the buildings and store it in a 200 kilometer long closed-loop underground network of U-shaped tubes filled with glycol and water. The heat will then be fed back into these buildings during the colder months. The annual reduction in carbon emissions will be equivalent to taking 3,260 gasoline-powered cars off the road.

Pricing for the system is not yet known, but Mabury said the donation pot is growing rapidly: More than 3,800 donors have already given nearly $15 million to the Landmark project, including a $250,000 donation. $ from the University of Toronto. Union and another $1 million from the alumni association.

“Never have we had a project that had this breadth and depth of giving,” Mr Mabury said.

University of Toronto property and sustainability services chief operating officer Ron Saporta, who is overseeing construction, said he expects a return on investment in 15 years. Geothermal systems have higher upfront costs than traditional heating and cooling systems, but offer a significant reduction in utility and maintenance costs. In addition, the service life of such a system is at least 50 years, which is twice that of traditional chillers and boilers.

“We just celebrated our 200th anniversary at U of T, we plan to be here for at least another 200, so long-term investments are attractive,” Saporta said.

There are approximately 100,000 geothermal systems in operation in Canada. The first versions were installed as early as 1992, at the Father Michael McGivney Catholic Academy in Markham, Ontario, gradually finding application in larger and larger buildings – the largest system in the country is at the international airport of Vancouver and has reduced its annual emissions by as much as 35 percent.

The U of T, meanwhile, is popularizing their use in urban settings. Geothermal systems already heat and cool major buildings on the school’s Scarborough and Mississauga campuses.

Saporta said adapting older buildings on the St. George campus to new heat pumps can be labor intensive, as it involves updating electrical panels and mechanical systems. But those issues won’t be as burdensome to the construction process as supply chain disruptions and other pandemic complications. On certain days of the Omicron wave, 30% of construction workers are said to be absent from work after being exposed to the virus.

However, the most obvious challenge in laying a 200 kilometer long network of heating pipes in Canada’s busiest city is space. Jim Wallace, professor emeritus of mechanical and industrial engineering at the University of Toronto’s faculty of applied science and engineering, said most geothermal systems run horizontally underground, but on the St. George campus , the surrounding buildings make this impossible. So, instead of digging long shallow trenches, he explained, district heat pumps should be installed vertically by digging deep wells.

Dr. Wallace is no stranger to the method of digging deep – the first researcher to prove that geothermal systems can work in Canada’s cold soils was his colleague and mentor, Frank Hooper, also Emeritus Professor of Mechanical and Industrial Engineering at University. . In 1952, Dr. Hooper and his research team proved that Ontario’s relatively stable temperature of 10 to 12 C at 200 meters depth created suitable conditions for heat transfer by fluid flowing through underground pipes.

Dr. Hooper died last May, but not before being recognized as a ground-source heat pump pioneer.

With enthusiasm, Dr. Wallace observed the popularity of the heat pump.

“This complex vertical well drilling system is a charming and sophisticated design,” he said, adding that his late colleague’s ideas played an indirect role in bringing the project to fruition.

“It is a coincidence that it is built here, where one of the pioneers of the geothermal exchange had worked. Frank would be proud.

Interested in more climate change stories? Sign up for the Newsletter Globe Climate and learn more about our series on innovation and adaptation to climate change.