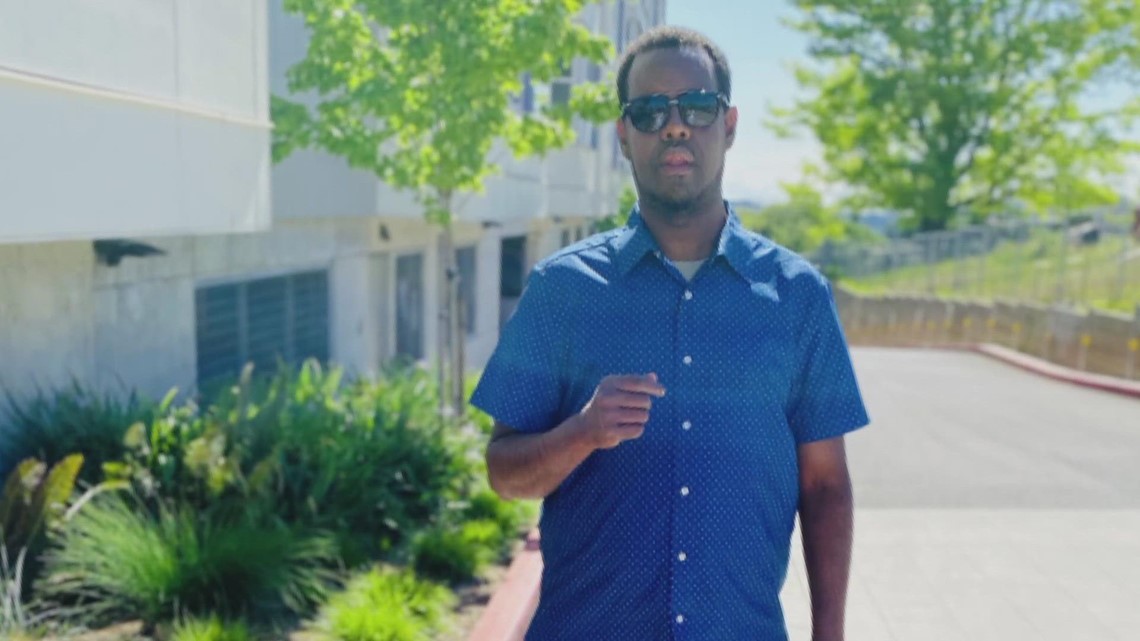 A Seattle family searches for answers after a loved one was shot and killed while driving for Lyft in downtown Seattle over the weekend.

SEATTLE — The community gathered Wednesday at the Abu-Bakr Islamic Center in Tukwila to support the family of Mohamed Kediye who was shot and killed while driving for Lyft in downtown Seattle last weekend.

Kediye, 48, was a supportive father who just wanted to provide a better life for his six children and his wife, his family said.

“It’s so sad… Yesterday they had a father, today they don’t have a father, they have no one to support them,” said Ahmad Geelle, a family friend.

Kediye was fatally shot at 8:30 p.m. Sunday near the corner of 7th Avenue and Lenora Street in downtown Seattle. The family said he was parked on the side of the road, about to complete his last trip of the night to Lyft, before heading home. According to the family, the police told them that a vehicle had stopped next to his car and that’s when someone shot and killed Kediye.

“The family they need…for justice to be served for the loved one they lost in downtown Seattle,” Geelle said.

Meanwhile, friends from the Seattle Rideshare Drivers Association are shaken by the death of one of their own.

“They’ve been in shock for some time and have been advocating for driver safety to be a priority for the city,” said Ahmed Mumin, executive director of the Seattle Rideshare Drivers Association.

Mumin said it was the fourth rideshare driver killed in the Seattle area while on the job in the past two years.

“When enough is enough we are calling on the transport network companies to sit down with associations and community drivers and find a solution, we don’t have a quick fix but I know there is a solution out there- low,” he said.

The Seattle Rideshare Drivers Association is holding a protest Thursday at 1 p.m. at the old Seattle Islamic School, near the corner of 25th and Cherry Streets, to demand justice for Kediye’s death.

If you would like to support the family, you can donate on their GoFundMe page. here.

The Seattle Police Department told KING 5 that as of 2:30 p.m. Wednesday there was no update on the case.

A Lyft spokesperson said in a statement: