Downtown Seattle business owners speak out after another destructive protest 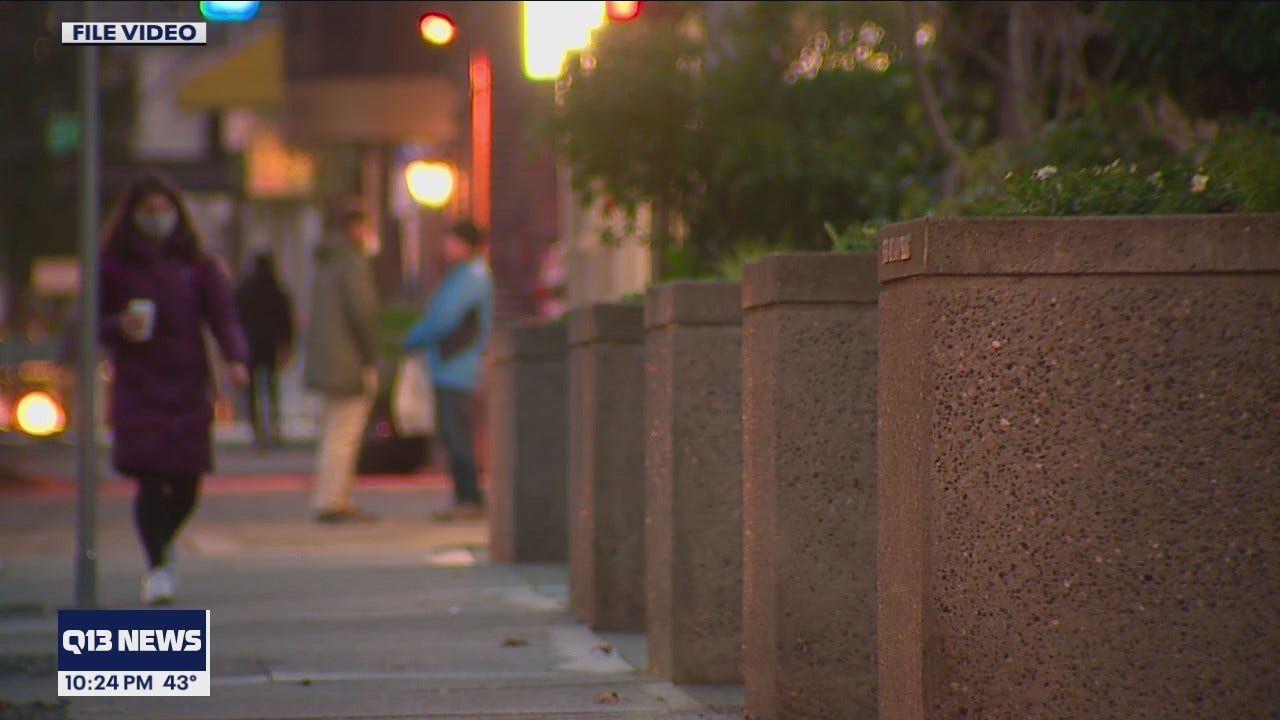 SEATTLE – Cleanup was underway for several buildings that were damaged and vandalized Wednesday night in downtown Seattle in a protest that turned destructive.

One of the hard-hit buildings is a historical landmark for the city which helps the whole local economy.

A tourist favorite was left covered in broken glass. Damage to the iconic Starbucks in Pike Place Market was the final blow in an overnight protest.

The protest, according to flyers, was aimed at ICE and President Biden. It was rowdy at first, with protesters burning a large American flag in the middle of the street before damaging an Amazon Go and a federal courthouse.

“We need to come together as a city and marginalize these extremists,” said Jon Scholes, president of the Downtown Seattle Association.

Scholes said what happened last night is unacceptable, but to be expected.

“This is not about democracy or sharing ideas or trying to improve our city. They are determined to destroy it,” Scholes says.

There have been numerous instances of vandalism and destruction linked to protests in the city center since the summer. Scholes said it was overwhelming that local businesses are suffering during what is already a massive economic crisis.

“I think a lot of people feel let down by members of the city government who don’t speak out against this…the silence is in some ways deafening,” Scholes said.

Natalia Wittke, owner of Sell Your Sole Consignment, said it doesn’t matter whether the businesses damaged last night were big business or small employers; it affects everyone.

She said she liked working in Seattle. His business is still thriving. But she’s incredibly frustrated with the state of downtown.

“Everyone has the right to protest and we must always protect that right, it’s so important to speak our hearts and minds,” Wittke said.

But she sees no logic in the destruction of property.

Damage to the iconic Starbucks in Pike Place Market

“It doesn’t seem to make sense because it negates all their good intentions and leaves that fear for everyone else to clean up, so they lose, we lose. There are no winners,” Wittke said.

Police said an officer and a citizen reporter were assaulted in the crowd. When a 33-year-old man was arrested for breaking into Starbucks, he reportedly told police he did so to gain the trust of the group.

Wittke’s shop is just a block away. She said she had been to City Hall several times over the past few months to speak with the City Council, “pleading and pleading with them to give us support to give us more presence. police here”.

The Downtown Business Association said there have been 160 recent permanent closures of physical businesses in the downtown area.

Wittke said she has no plans to leave, but officials need to do better.

A suspect was in court today in connection with the destruction and break-in of the original Starbucks. Prosecutors say they asked that he be held on $5,000 bail, but the judge denied that and released him without bail. Other arrests and incidents are still under investigation.

In a statement sent to us by Mayor Jenny Durkan’s office, a spokeswoman said she consistently reports individuals targeting small businesses and government facilities.

The statement says the SPD did the right thing by arresting anyone engaging in destructive acts. His office says Mayor Durkan and Seattle police held meetings last week with many small businesses that have been impacted by property destruction.