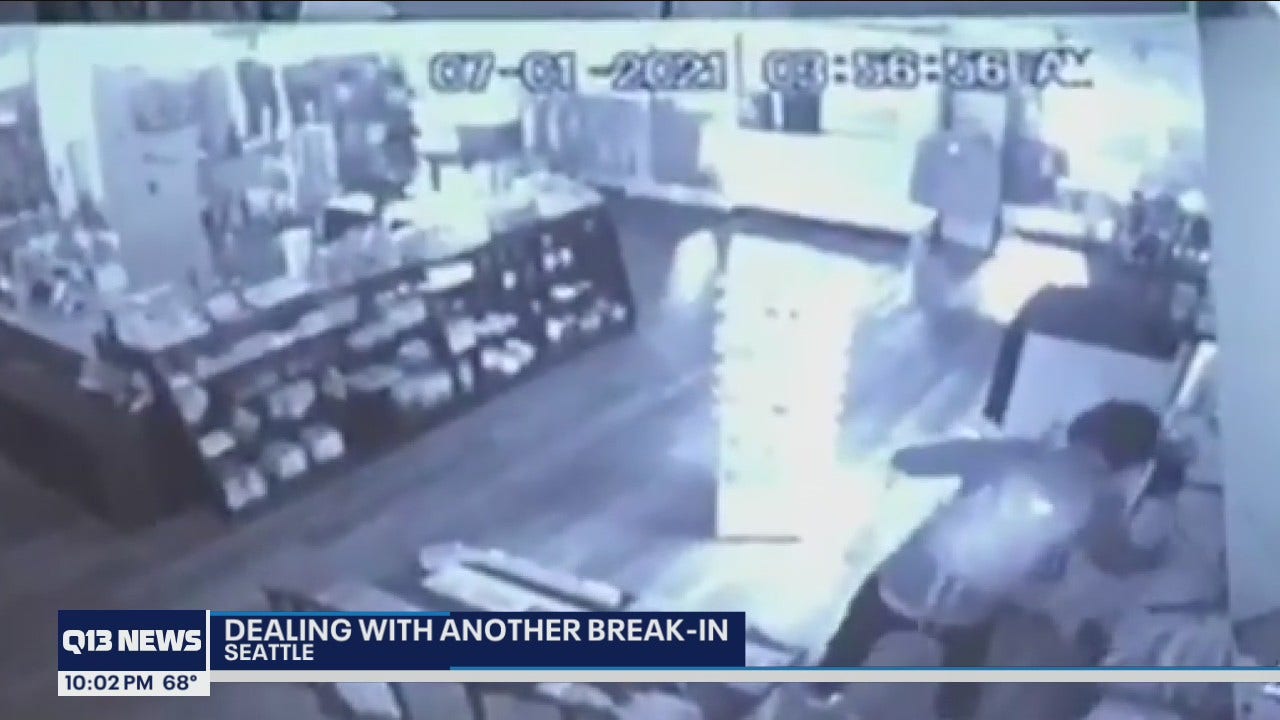 SEATTLE – Surveillance video captured several thieves breaking into a downtown Seattle business and fleeing with thousands of dollars in merchandise.

This isn’t the first time this has happened this year, and if something doesn’t change, downtown businesses fear it won’t be the last.

At around 4 a.m. on Thursday, Simply Seattle owner Jamie Munson said he was awakened by notifications that someone had broken into his store.

“It’s haunting, you know; it’s kinda scary. It’s like having your car broken into, or your house searched, or whatever. We take it personally,” Munson said.

Munson says his store has been hit by crooks a dozen times in the past year. The downtown burglaries are so serious it’s part of the reason it has closed its Pioneer Square locations, he says.

But Munson says this latest break-in is unlike any of the others.

“We hadn’t seen that level of sophistication yet. You know, I felt like this had been in the works for a while; they’ve been planning this for a while,” he says.

Surveillance video shows a handful of people walking through the door and grabbing as much as they can carry. Munson says the thieves fled with a total of around $ 10,000 to $ 15,000 in goods.

“How do we exist downtown? How do we love and become a part of our city and community, while helping to be part of the solution to end unnecessary crime in downtown Seattle? ” he says.

The Downtown Seattle Association says persistent shoplifting is a problem for many downtown businesses. They look to city leaders for answers.

“Our businesses that have been successful in staying open during the pandemic cannot afford the added burden of persistent shoplifting. Our city and county leaders must find a way to address what has become a costly and common concern. for far too many companies, “the association said in a prepared statement.