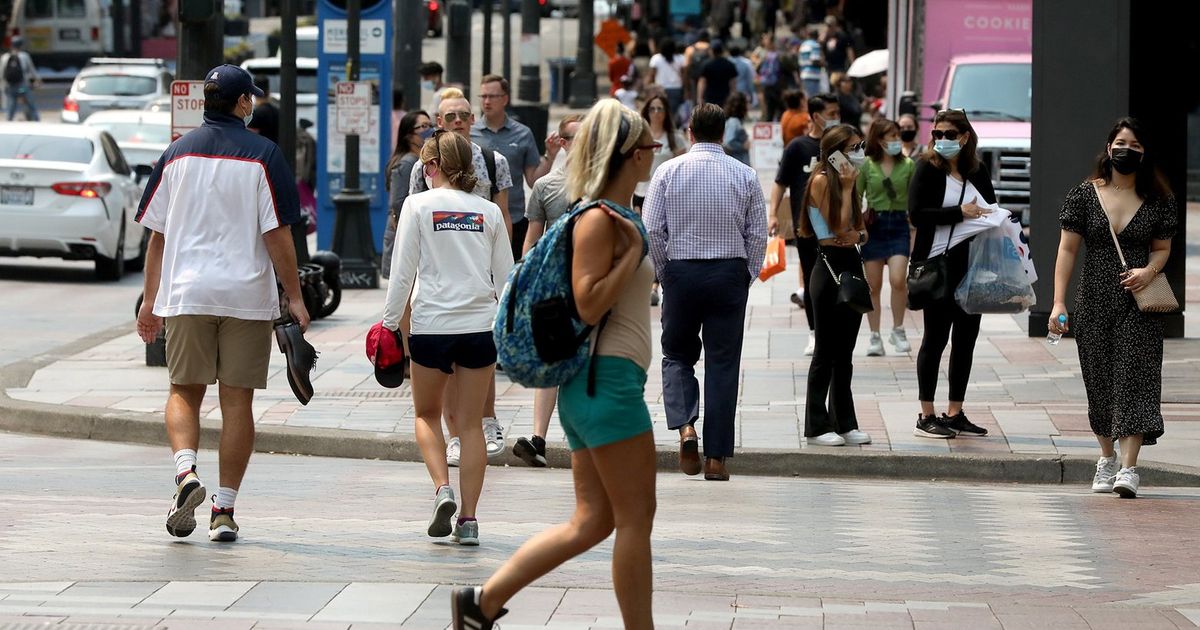 Shortly after the pandemic took hold, some people prophesied the end of American cities. COVID-19 was supposed to be a game-changer – who would ever want to live in a densely populated urban neighborhood again?

And for a while, people who could afford to leave fled those neighborhoods, often heading to quieter, more rural places. But it turns out that the allure of city life isn’t that easily stifled.

The population of downtown Seattle hit a new high in 2021, as did the occupancy rate for downtown apartments, according to data presented in a new report from the Downtown Seattle Association.

Now I imagine a number of readers are immediately skeptical. Cheerleading in downtown Seattle is the job of the DSA, after all. But the data on which their report is based comes from two independent sources with no interest in the inner city building game.

The first source is ESRI, a mapping software company that also produces demographic data. According to their estimates, Greater Downtown Seattle reached a record population of just under 99,000 in 2021. (Greater Downtown includes all of Seattle’s downtown neighborhoods, including First Hill and the part of Capitol Hill that stretches from Broadway in the west.)

The growth of the large downtown area has been remarkable over the past decade. ESRI estimates show that the population has increased by 60% since 2010, when it was only 62,000.

Population estimates can be a bit ‘spongy’. But I’m inclined to believe that the downtown population is on the rise because it’s supported by the second data point in the DSA report, which is a more concrete number.

It comes from CoStar, the country’s leading commercial real estate data provider. Their data, which comes directly from property managers’ reports for each building, shows record occupancy and rents for the greater downtown Seattle area in the second quarter of 2021.

There were around 52,400 units occupied during that period, beating the previous high number of around 51,100, which was in the first quarter of 2020, just before the pandemic hit. At the low point of 2020, the number of occupied units dropped to around 49,000.

Rents, which also fell last year, have fully rebounded (I’m not sure I call this part good news). In the last quarter, asking rents peaked at $ 2,221 in the greater downtown area. This is just above the previous high of $ 2,207 in the first quarter of 2020. Rent concessions are also down significantly from a year ago.

“I think in many ways we have overestimated the impact of the pandemic on people’s behaviors and preferences, which tend towards urban places and walkability,” said Jon Scholes, president of DSA. “I’m not surprised by the data, frankly. “

Scholes believes there is a sense of optimism about a downtown rebound, which is already underway in some ways. He notes that data on visitor numbers and hotel occupancy is moving in the right direction – in particular, leisure travel has rebounded strongly, according to Scholes. On the other hand, the emergence of the delta variant of the coronavirus has complicated the return of office workers to the city center, which now risks being delayed.

“The idea that we’re going to get back to everyone being in the office five days a week is not the reality,” Scholes said. “We’re going to have a slow pick-up of workers with their feet on the streets and their dollars coming through the gates, and that’s going to dampen retail and restaurants to some extent.”

Scholes believes Seattle is uniquely positioned for a rebound in business travel relative to other U.S. cities, and not just because of the massive convention center expansion that will open next year. It is also thanks to the people of Seattle themselves that business travelers can feel good about coming here.

“You know this is a place that is over 80% vaccinated,” Scholes points out.