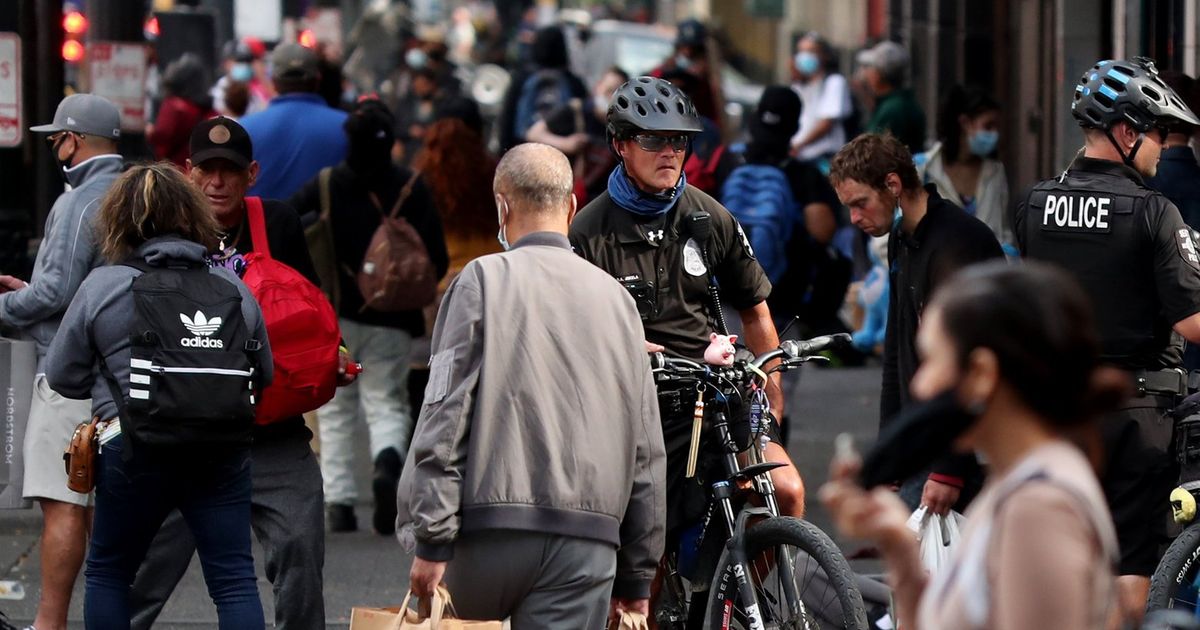 A New York Times headline this week said, “As big tech grows in the pandemic, Seattle grows with it. Still, the story mostly refers to the Eastside, while downtown Seattle remains struggling.

This is in part because Amazon, which employs 50,000 people in the central core, announced this week that it would allow many business and tech employees to work from home indefinitely.

Amazon is the largest holder of downtown office space, the city’s largest private sector employer, and a large local taxpayer. But it also exerts an influence on companies that are not even associated with Amazon, which can lead to their decisions to continue working remotely and reduce leases for their offices.

According to a recovery tracker compiled by the Downtown Seattle Association, 24% of workers were back in their offices by the end of September compared to the same period in 2019. This has changed little since early July, when the delta variant became very contagious. element of COVID-19. The work of the downtown office reached 17% at the end of March 2020.

Of course, office buildings are rarely 100% occupied. Nationally, the occupancy rate was 60% before the pandemic.

Good news is available: Domestic visitors to the city center had regained 84% of their 2019 levels by the end of September. It represented 16% of visitors from the previous year at the end of March 2020.

Likewise, hotel demand had recovered to 63% of its 2019 total. In the spring of 2020, it collapsed to single digits. The tourists are coming back.

Of course, it will all depend on how many Amazon teams will be allowed to work remotely. Even now, I noticed buses were picking up employees at the head office.

But if this were to become an almost permanent phenomenon, it would have a profound effect on the city center, including on public transport.

Although the 1918 flu pandemic killed far more people proportionally than COVID-19, things quickly returned to normal after fading. But that era didn’t have the technology to allow so many workers to operate remotely (of course, many workers don’t have that luxury now – only 1 in 4 are expected to be working from home this year).

Many other central business districts are not as badly affected. Austin has recovered half of its office workers, followed by Dallas at 45%.

Cushman & Wakefield, the real estate services company, released a study in late September predicting the majority of the workforce will return early next year.

“Most companies are hoping to come back as soon as possible,” said David Smith, global head of Occupier Insights and co-author of the study. “It’s not a conversation about never going back, it’s a conversation about when can we get back to the office safely, as almost every employee and employer has indicated that they want go back – more flexibility, yes, but they want to go back. “

We also don’t have to visit Texas to see the trend.

The New York Times article reported that office rental in the United States fell 36% in 2020 from the previous year. But the Seattle area has become the prime location for tech companies leasing large office space, propelled by growing businesses during the pandemic. At the time, these companies were obviously waiting for the workers to return to the office.

The problem for downtown Seattle is that most of the new action takes place in the Eastside, especially Bellevue. Amazon alone intends to add 25,000 workers, while Microsoft is expanding 17 buildings and 8,000 employees in Redmond.

This is not surprising given that Seattle has made itself less competitive in the region by passing a business tax that would apply to the higher wages of around 800 companies (although sold as the “Amazon tax”) .

At the same time, crime is increasing and is increasingly tolerated by the town hall. The same is true of homelessness, which has worsened despite hundreds of millions being spent on supposedly fixing it. These are city-wide issues, but the ones most felt downtown.

Surprisingly – at least compared to most cities I know of – crime is not an electoral issue.

Earlier this month, Weyerhaeuser said he would delay the return of employees to its Pioneer Square headquarters without “significant and lasting improvements in neighborhood safety.”

They are hardly alone. Kress IGA town center and Bergman Luggage were among those that closed because employees were afraid of the town center. The stretch of Third Avenue of Pine beyond Benaroya Hall is a zombie-come-reality film of people using drugs, tent dwellers, and verbal threats.

My colleague Paul Roberts wrote: “Some businesses in Pioneer Square have welcomed the news of Weyerhaeuser’s delay, saying it could be a red flag to city officials who some traders say have not granted. enough attention or resources to the emblematic neighborhood. “

Darcy Hanson, whose Merchants Cafe and Saloon is across Yesler Way from a tent camp, told him, “I’m glad they said that, because you know what? They’ll watch out for Weyerhaeuser.

She suggests that the downtown area is no different from any other part of the city, even though it generates the majority of the city’s trade taxes and, before COVID, was home to 328,000 jobs. It is the cultural and sporting seat of the region. And more than 84,000 Seattle residents live there.

Meanwhile, City Attorney candidate Nicole Thomas-Kennedy presents herself as an “abolitionist” who would essentially stop prosecuting many categories of crimes she blames on poverty or disability. Victorious, it would offer no protection to companies or employees wishing to return to the office here.

The difference to the Eastside couldn’t be more pronounced or work more powerfully against Seattle.

It is impossible to know when the pandemic will be brought under control. But if Seattle’s central business district is fatally injured, it won’t be from COVID-19.