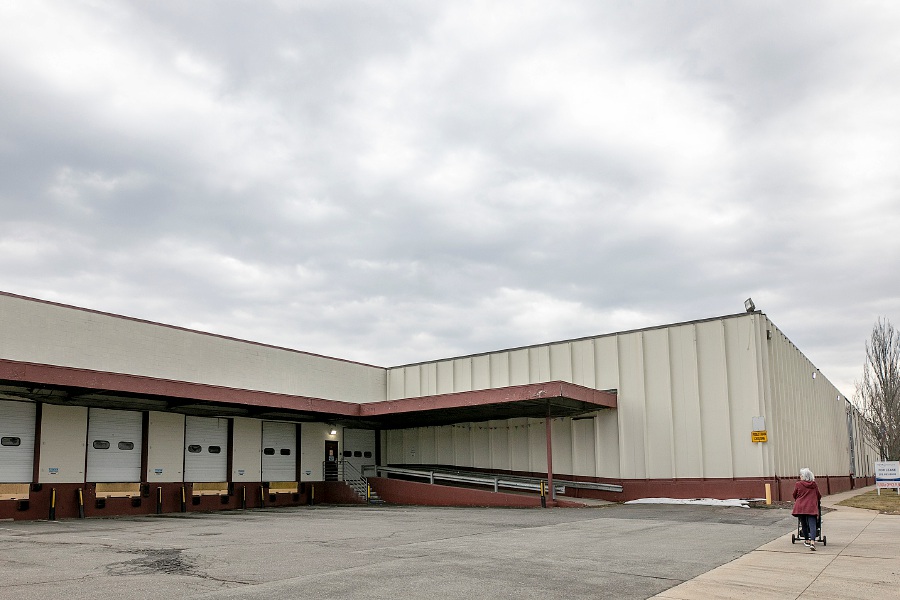 MERIDEN — Biagio “Nick” Gulino has a local temporary special permit for a cannabis dispensary at 28 W. Main St. and continues to struggle with the state’s lengthy licensing application process.

“We have reviewed the app but are still in the process of rolling it out,” Gulino said in an email. “There are A LOT of things they ask for and it’s intimidating.”

Gulino is applying as a social equity operator, or someone who lives and has chosen a location in one of the state’s “disproportionately affected areas,” census tracts that have either a rate of historical conviction for drug offenses greater than one-tenth, or an unemployment rate greater than 10%.

The zones are determined by the Social Equity Council, created under the state law legalizing recreational marijuana sales, to “promote and encourage full participation in the cannabis industry by people of of communities disproportionately harmed by cannabis prohibition”.

This list of disproportionately affected areas was approved by the Social Equity Council last August.

Meriden’s disproportionately affected areas are centered downtown and extend to Gravel Street along East Main, west along Chamberlain Highway, and into South Meriden.

This presents even more challenges for large and small growers interested in social equity status.

“There are a lot of conversations but it is difficult to find places in the authorized areas,” said the city’s director of economic development, Joseph Feest. “That doesn’t mean we don’t want it. We do, but in limited numbers as we put in the rules. The expanses are extremely dense, so it is very difficult to find open spaces in these areas. You look at Colony Street, (the micro-producers) must be so many yards from the residential.

Gold Leaf Cultivation LLC of North Haven is applying for a temporary special permit to operate a micro-cultivation business in space at 45 Gracey Ave. A public hearing is scheduled for Wednesday. Gold Leaf representatives could not be reached for comment, but its website lists opportunities for investors to invest in the company.

According to Jason Teal of the Connecticut Chapter of the NAACP, fundraising is a significant hurdle for social equity operators based on state law.

The law authorizes private investment, with the investor holding no more than 35% of the company.

“Funding is important for growers,” Teal said. “Connecticut has some of the most progressive social equity laws. But it’s running on getting a deal. You need $20-25 million for a (large-scale) crop, but an investor can’t only own 35% of the company. No control.”

Teal said people are trying to get any kind of funding. Some are waiting for the end of the first round of the candidacy lottery to see if the General Assembly will change the law to make it easier to raise capital.

There is also the challenge of finding space for large producers in designated areas of the city. He points to the west side of Meriden where there are no large plots. The city allows large-scale manufacturing in its industrial areas on Research Parkway, but social equity candidates are limited to disproportionately affected areas.

Meriden has regulated a 250-foot buffer zone between micro-cultivators and residential areas to avoid odor issues.

“There’s a huge amount of air filtration needed,” Feest said. “It would be harder for them to spend the same amount of money. The state process is cumbersome, but it’s a big step. It’s long and rigorous, unless you’re transferring a large facility or a hybrid.

Having social equity status means operators spend less on fees but are bound by the same land use and zoning laws as other applicants, said attorney Michelle Bodian of Vincente Sederberg LLP, a firm attorney who focuses on cannabis laws. They do not need to have a special provisional permit for a location, but must find one if their application is approved by the state.

According to state records, less than 100 applicants entered the lottery application process. Bodian expects that number to skyrocket by late April or early May as applicants rush to enter the first lottery.

Vincente Sederberg and the NAACP have partnered with Green Thumb Industries to create a Licensed Education Assistance Program (LEAP) that aims to help historically marginalized communities overcome barriers in the legal cannabis industry. The free 5-day webinar series continues on Tuesday, focusing on how applicants can qualify for a social equity license and navigate the process.

“Historically, social equity programs have failed because they do not provide sufficient financial support to business owners,” according to a press release announcing LEAP. “Without federal cannabis legalization, banks won’t provide loans, making it harder for people of color to access capital to run their businesses. In addition, programs should engage in community outreach and reinvestment. »

Interested parties can register for the LEAP series by visiting https://tinyurl.com/yh593pwt.

Journalist Mary Ellen Godin can be reached at [email protected]