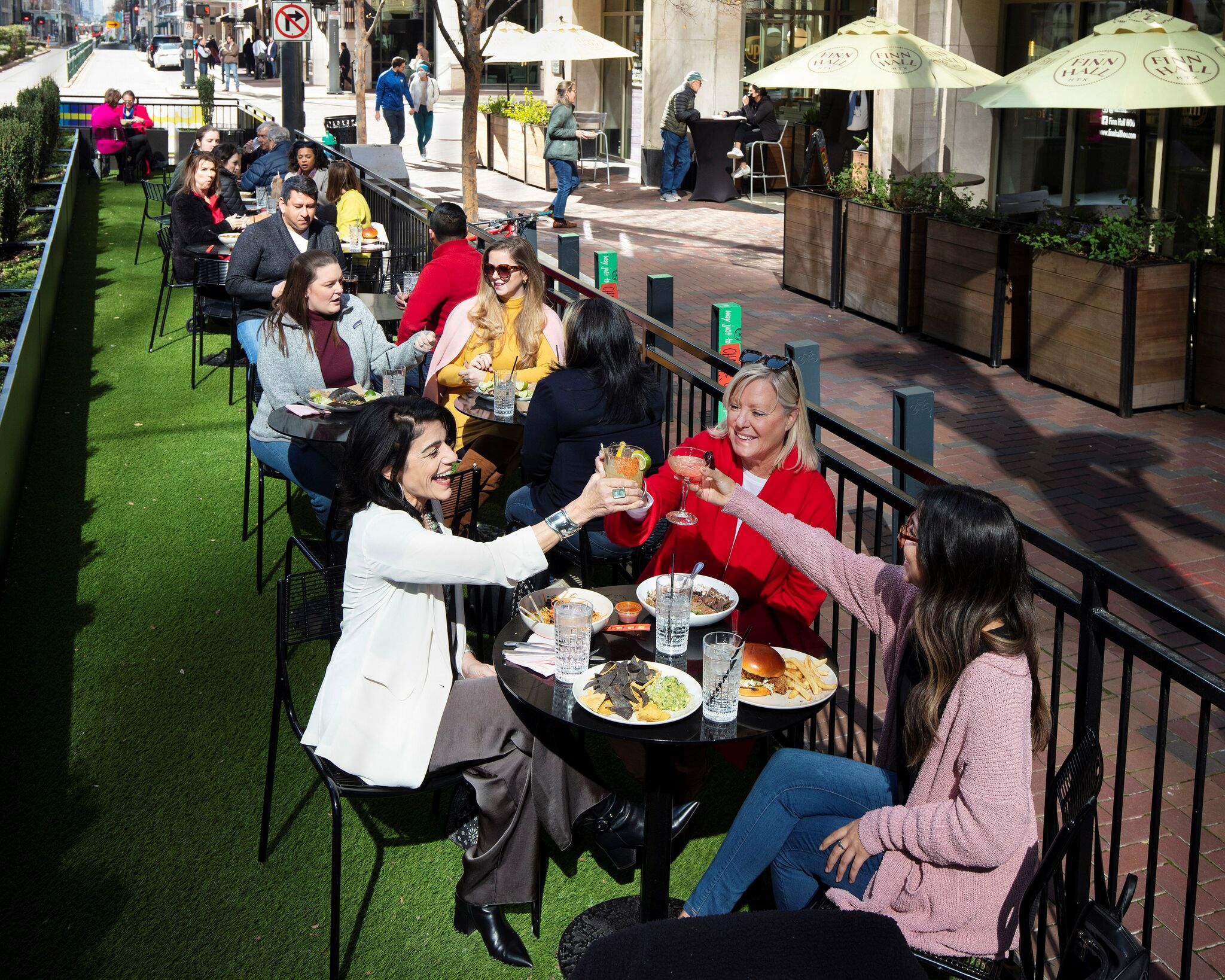 As activity in downtown Houston picks up, Finn Hall Food Center is opening what its owners describe as the largest outdoor dining patio in the downtown district.

The 1,265 square foot patio adds an outdoor dining option to the existing 20,000 square foot Finn Hall located in the Jones on Main building at 712 Main Street.

The tower’s owners, Houston-based real estate companies Midway and Lionstone Investments, say it’s the largest square-foot outdoor patio in the Downtown District, or the 1.84-square-mile area bounded by the Interstate 69 to the east, Interstate 45 to the south and west, and Interstate 10 to the north.

Finn Hall’s new patio is part of the city’s More Space: Main Street program. The pandemic-related initiative was launched to give struggling downtown restaurants the opportunity to expand their outdoor dining space by closing Main Street to vehicular traffic between Commerce and Rusk streets.

The program was set to expire in March, but Houston City Council recently voted to extend the initiative for another year. The pedestrian-friendly program is available for restaurants and bars spread over seven city blocks. Downtown bar Little Dipper was the first business to take advantage of the scheme in March 2021.

“Frankly, it worked and is quite popular…. It can be something that will be long term as it is well received and people like to sit down, be outside, especially when the weather is nice,” Mayor Sylvester Turner said at a meeting in February approving the extension of the program.

For Finn Hall, Midway and Lionstone funded construction of the 75-seat patio, which spans about half of the art deco building on the Main Street side.

“We now have the ability to activate our outdoor terrace with music and a robust events program, so like our food, our guests can enjoy something different every time they dine with us,” said said Miranda Cartwright, Midway’s chief executive, in a statement. .

The expanded outdoor dining area opened just in time for the Houston Rodeo which kicked off last week and CERAWeek, a major energy conference taking place downtown next week. Both events are holding their first in-person gatherings since the pandemic began.