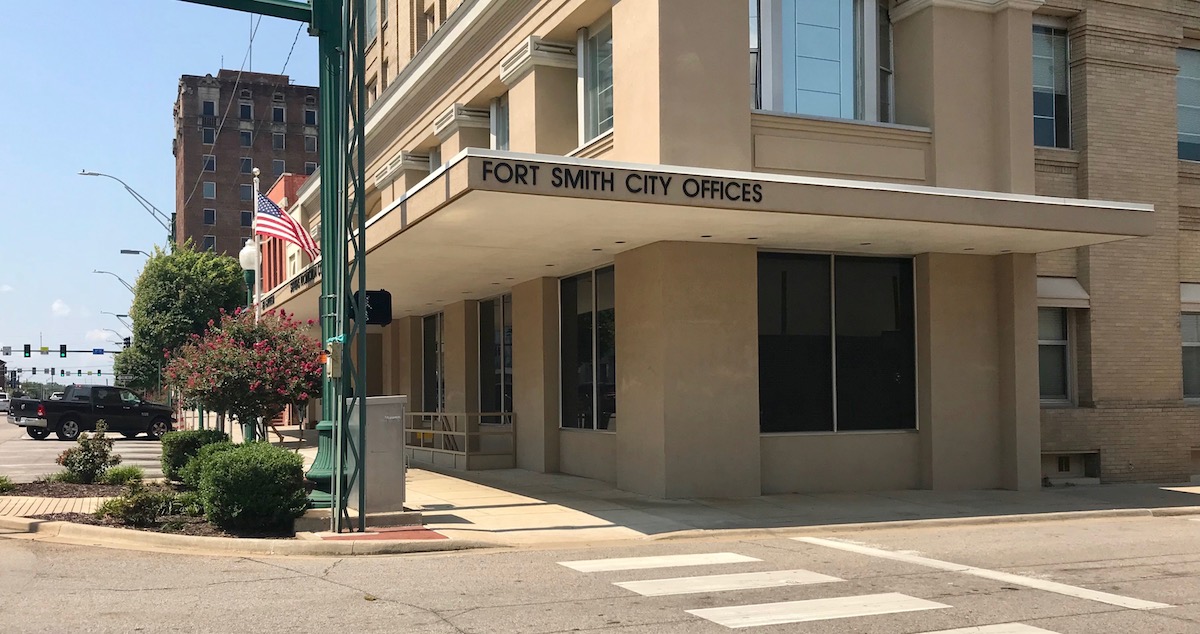 The Fort Smith Board of Trustees on Tuesday (Jan. 18) approved the purchase of an advanced flood warning system on North 66th Street and gave the final nod to renaming a park after the artist and native of Fort SmithJohn Bell Jr.

Because flooding on the No Name Creek Bridge on North 66th St. routinely creates conditions “that are hazardous to the safety of the citizens of Fort Smith,” the board approved the purchase of the advance warning system for Floods from High Sierra Electronics, Inc. for $136,706. The project was budgeted for the year by the Department of Streets and Traffic Control.

The system will include automatic flood gates (passing arms) and warning lights that will shut off the street during flooding, said a memo from Matt Meeker, director of Streets & Traffic Control.
In addition to warning capabilities, the software included with the system will allow staff to monitor conditions, archive real-time data and send alarms and text messages to city staff, Meeker said.

“In addition to other flood warning devices at different locations, we can put rain gauges in all the different basins in the city, and we can use the information we collect to develop the IDF.
curves (intensity-duration-frequency). … This will allow us to take that data and develop our own city-specific curves, which would improve the accuracy of our designs and improve our design as a whole,” Meeker said, noting that the curves the city currently uses have over 40 years. .

BELL PARK
In other business, the council approved the name of the city’s sports fields along Riverfront Drive, John Bell Jr. Park. The park, located at 3700 Riverfront Drive near the Arkansas River and just north from downtown Fort Smith, has 51 acres with football fields and opportunities for future expansion. The park also has an inclusive playground, which is nearing completion. The land for the park was purchased with private donations, state appropriation, and city funds.

The Parks Commission voted unanimously to make a final recommendation to the Board of Trustees to name the park John Bell Jr. Park on its January 12th.

Bell, who died in November 2013 at age 76 following a battle with cancer, grew up in Fort Smith and was a graduate of Northside High School in Fort Smith and the University of Arkansas. The artist had muscle paralysis and was confined to a wheelchair most of his life and had limited use of his arms and hands. Despite his disability, his works can be found in many homes, businesses and art galleries across the country. He has been invited to exhibit his works at solo shows in many cities including Little Rock, Memphis, New Orleans, Omaha and Washington, DC.

City Manager Kevin Settle said he hopes the city will have a grand opening once the inclusive playground is complete to celebrate Bell’s life and the park.

“John recorded the history of Fort Smith in such a beautiful way in his art. I am blessed to have one of these pieces. (He was) a handsome man. His skills and talent were just amazing We are very pleased that the Parks Service has chosen to recognize John and all of the incredible contributions he has made to the city by illustrating Fort Smith in such an incredible way,” said Mayor George McGill.