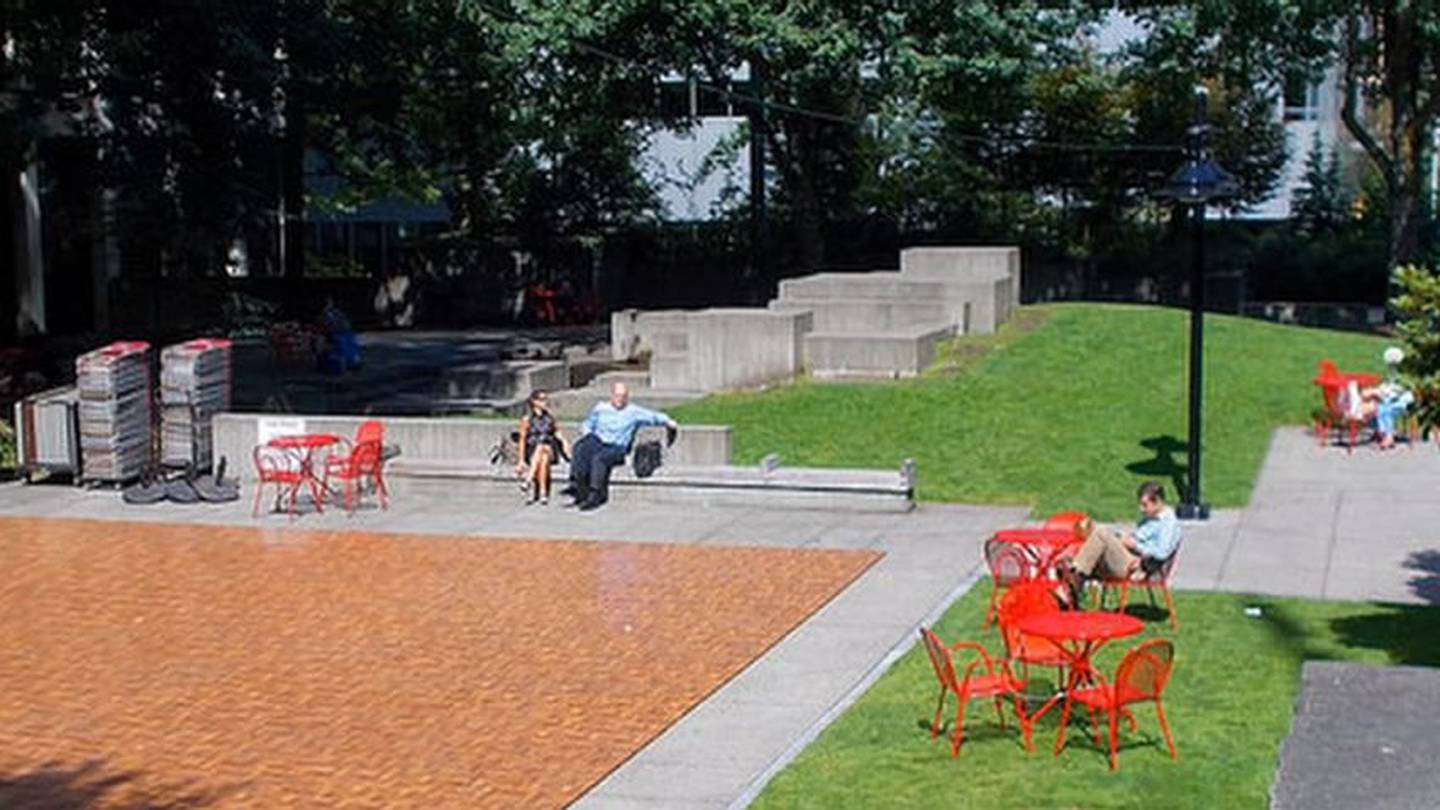 SEATTLE — Freeway Park, located at 700 Seneca Street and built on Interstate 5 atop a freeway lid, was declared a city landmark on Wednesday.

Seattle’s Landmarks Preservation Board unanimously approved the park’s nomination because there was a four-step process for designation.

The five-acre park, designed by landscape architect Lawrence Halprin, was built in 1976. It spans the highway and is supported by concrete pillars and bridges, including a multi-storey parking lot. It provides a lane for people to cross the highway.

“It connects to the freeway, it’s built on top of a lid that connects First Hill to downtown. It provides a pedestrian path between the two areas of the city, stitching together the canyon that was opened up by the construction of I-5. It’s this feature that makes Freeway Park truly unusual,” said Chrisanne Beckner of Seattle Parks and Recreation.

Halprin, recipient of the Presidential Medal of Art and designer of the FDR Memorial in Washington, D.C., was one of the nation’s most important landscape architects in the postwar modernist era, according to Nord Wennerstrom, director of communications for The Cultural Landscape Foundation. Freeway Park was one of the projects featured in a traveling photographic exhibition hosted by the foundation which debuted at the National Building Museum in Washington, DC and toured nationally.

The park has an irregular footprint and is 1,300 feet long with varying widths. It incorporates lawns, plantings, walkways, large planting boxes and has spectacular water features.

The urban park is surrounded by high-rise buildings.

The park was designed in such a way as to protect people from the noise of traffic and the smells of the city.

Plants found in the park include rhododendron, liquidambar, cedar of Lebanon, and viburnum, to name a few.

The lush foliage was chosen when designing the park with the understanding that the location would subject them to unusual levels of stress: “dehydration of foliage due to wind channeling from adjacent structures; general abuse by pedestrians, automobiles and animals; glare from cement or glass; and soil and maintenance issues,” according to the city historical nomination request.

As natural parks undergo continual evolution and change, Freeway Park has undergone modifications. Its original plantations are impossible to maintain. Alterations have been made to its original plan with a series of ramps, stairs and water features that now rise along the Benaroya Research Institute and connect at the intersection of 9th Avenue and from University Avenue on First Hill.

As a city landmark, Freeway Park is now protected by city ordinance.

A public meeting is scheduled for July 6 to confirm the council’s decision.