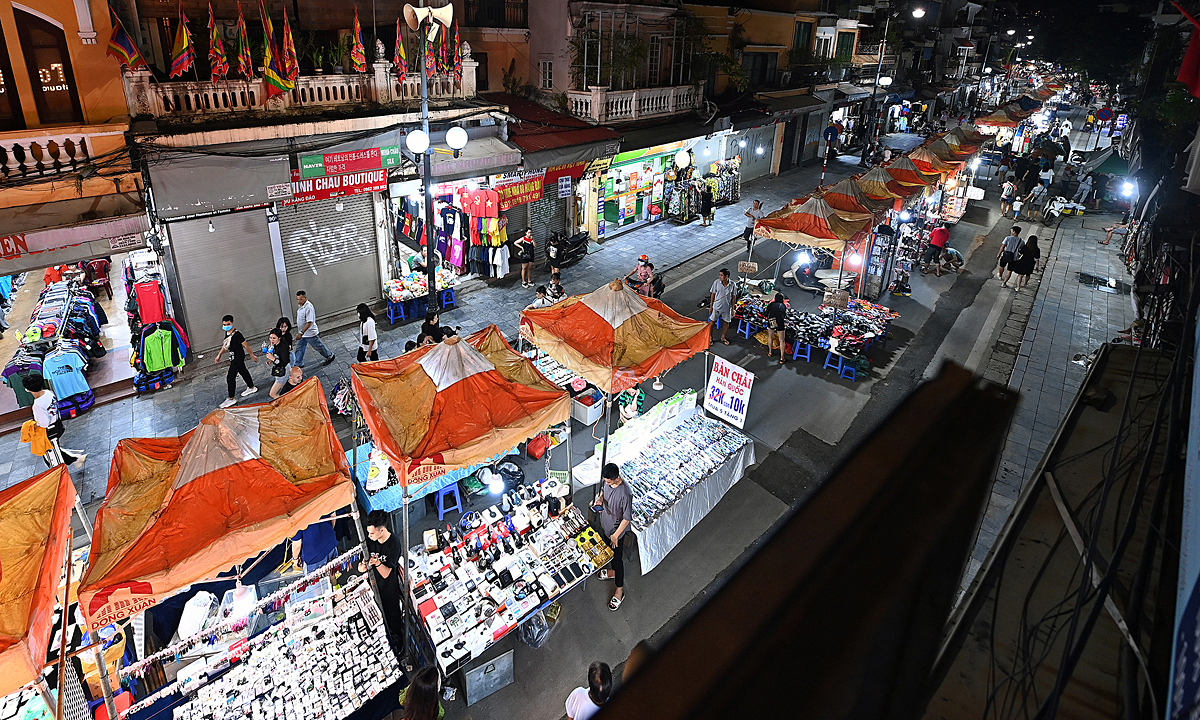 The decision, formalizing the municipal administration’s approval of a proposal transmitted by its finance department, will allow the use of sidewalks next to houses and inside the front space of a building for this purpose. . Rent will need to be approved every six months.

The streets that will be made available for this purpose have not been specified. Earlier this year, Hoan Kiem approved a pilot project to make the sidewalks of five streets: Hai Ba Trung, Ly Thuong Kiet, Tran Hung Dao, Le Phung Hieu and parts of Phung Hung available for vending machines and other businesses. . The spaces would be available between 6:00 a.m. and 2:00 a.m. the next day, with the exception of Phung Hung, where the space can be used from 6:00 a.m. to 10:00 p.m.

In early 2021, Hanoi’s transport ministry had expressed disagreement with the project, saying it did not align with existing regulations, including that sidewalks would be used for purposes other than traffic. Doing business on the sidewalks of these streets, which are the main thoroughfares with high traffic density, can lead to traffic jams, the department argued.

A few months later, Hanoi decided to give the districts the responsibility of managing and maintaining all the alleys and all the sidewalks in their neighborhood. Today, the city accepted Hoan Kiem District’s proposal to use its sidewalks for commercial purposes.