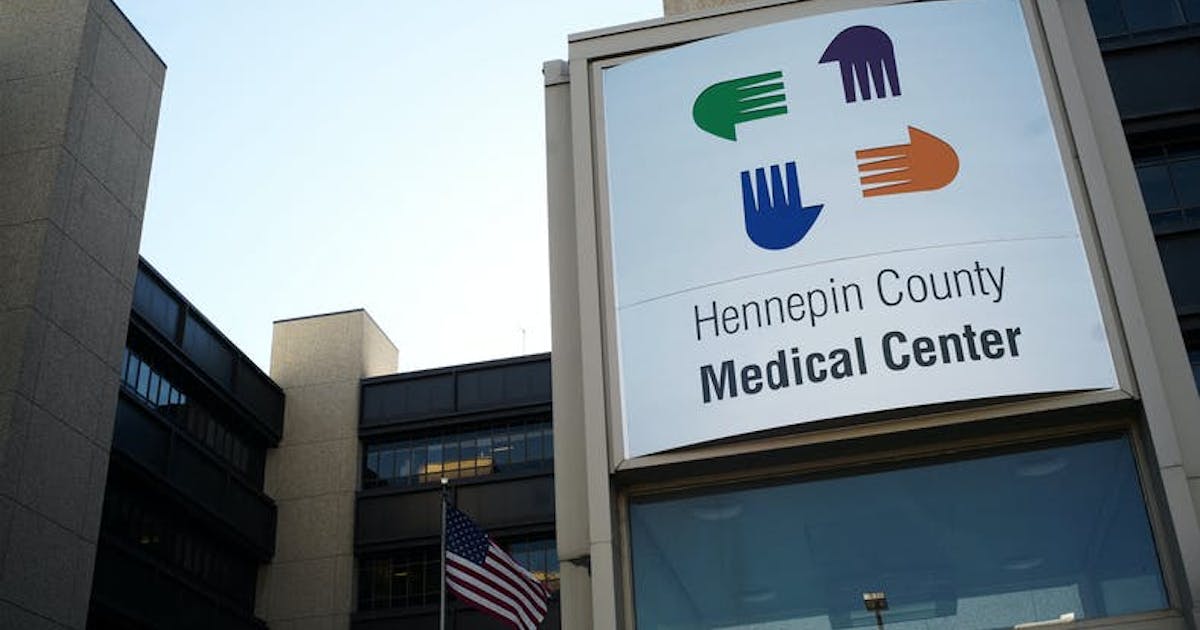 A Hennepin Healthcare board member called on the hospital system to lay off three employees, including a physician and deputy chief of emergency medical services, and to demote supervisors for two incidents she says reflect a culture ” deep-rooted” systemic racism within the hospital system.

Hennepin County Commissioner Irene Fernando called it ‘appalling’ that hospital management failed to act for two weeks after a community member sent them pictures of employees dressed in black makeup, according to a statement released Wednesday evening. Fernando said Hennepin Healthcare’s board of directors has approved millions of dollars for community outreach since joining in 2020. After the murder of George Floyd, the board declared racism a public health crisis and released a directive for the hospital system to address health inequities.

“The incidents that have been reported recently, combined with management’s slow action, represent a damaging pattern that is undermining community trust,” Fernando said. “These incidents are not isolated – they are each part of a long series of racist incidents and practices by employees and management of Hennepin Healthcare. It is clear that racism is deeply rooted within the company. organization and must be addressed directly through systemic changes in both the policy and direction of Hennepin Healthcare.”

In an interview Thursday, Hennepin Healthcare CEO Jennifer DeCubellis said management had taken “strong action” against employees in response to the photos, but she did not elaborate on the action, citing policies on the personal data and a grievance process.

DeCubellis, pledging to make substantial culture change, agreed with Fernando’s criticism that hospital leaders waited too long to respond to the photos.

“I think that’s fair,” she said. “What we have learned is that we have to go faster.”

“We wish there was a playbook,” DeCubellis said later.

DeCubellis said she believed the photos were about 10 years old, but said the timing didn’t matter.

A member of the public sent Facebook screenshots of the footage to Hennepin Healthcare management on Feb. 15, showing another deputy chief of emergency medical services, Mike LeVake, “liking” one of the photos. The photos have since circulated among hospital workers. Last weekend, a group of doctors sent a letter to leaders saying “racist cartoons should not be tolerated by our institution”.

“Regardless of when the photos were taken, the conduct of these employees is heinous,” Fernando said. “Dressing in blackface and treating race, ethnicity or culture as a costume is demeaning, extremely racist and cannot be tolerated. Employees in photos should be terminated and supervisors who were aware of this misconduct should be disciplined and removed from their leadership roles.”

Last month, the Star Tribune reported on a Hennepin Healthcare doctor who appeared in a training video for Minneapolis police. The video, obtained by the Star Tribune through a public records request, shows Dr Paul Nystrom teaching officers how to respond to a severe form of agitation called “excited delirium” – although Mayor Jacob Frey has announced publicly that the city had stopped training on this controversial subject. theory in 2021, after the American Medical Association rejected the diagnosis.

“This is unacceptable and a direct violation of an organizational directive,” Fernando said. “The doctor who conducted this training should be fired for his actions, and supervisors who knew of his misconduct should be disciplined and removed from their leadership roles.”

Located east of downtown, Hennepin Healthcare and its flagship hospital, HCMC, serve some of Minnesota’s most diverse and vulnerable patients. In 2018, 34% of patients were black, 19% were Hispanic/Latino and 38% were white, according to the hospital’s 2020-2022 Community Health Needs Assessment study.

DeCubellis said the hospital system is filled with employees who carry out their duties with “compassion.”

“I just don’t want us to lose sight of [the fact that] the people who work here are amazing,” she said.

However, DeCubellis acknowledged, “there is absolutely racism within our walls.”

She agreed with hospital workers quoted by the Star Tribune who said black workers are treated more harshly than whites when accused of misconduct. “I would say they’re right,” she said. “And that’s the journey we’re on.”

“It’s also proof of the old world order,” Sederstrom added. “And now we are trying to build the new world order.”

Hennepin hired Sederstrom a year ago to help bridge the gap on racial disparities in health care. Sederstrom described the process of implementing the change as “building the landing gear while you’re trying to land the plane.”

She said they plan to roll out new training that includes the “Journey Into Health Equity Compass” program, an experiential learning initiative that encourages employees to examine their lives outside of work and consider the lived experiences of others. . The program includes learning materials like books, films, and podcasts and culminates in a capstone project.

“To me, it’s a work of art for how health equity should be achieved,” Sederstrom said.

Hospital executives began the program in mid-February and it will be rolled out to senior management at the end of that month. They also created collectives or groups for marginalized employees and leaders to come together, Sederstrom said.

In the community, the hospital hosted a summit in December that exposed young black men to careers in medicine. A similar summit for young black women and other marginalized groups will follow, and the hospital will offer 20 paid internships for black teens this summer.

Rachel Hardeman, director of the Center for Antiracism Research for Health Equity at the University of Minnesota, was disappointed to see more examples of institutionalized racism at the city’s safety net hospital that cares for people of color. and immigrant communities.

“To suggest that this incident does not affect patient care, or Hennepin Healthcare’s broader mission, is completely naive and in fact incredibly harmful,” Hardeman said.

While it might be easy to characterize the incidents as involving bad actors who made a singular choice, it’s important to consider what this means for the hospital system and other institutions that haven’t really come to terms with it. their history of racism, she said.

Hardeman, who is black, had been a patient of Hennepin Healthcare in the past but decided not to be a patient there anymore due to the way she was treated.

“As someone with knowledge and resources, if I was treated this way, I can’t imagine how people less privileged than me felt and it breaks my heart. No one should feel like this. “, said Hardeman.

In the future, she hopes the hospital will donate resources and uplift people like Sederstrom. Repairing relationships and not just relying on anti-racism training will also be essential for an organization that is also an economic engine in the community that employs people from communities of color, she said.

“I think an open, genuine and honest truth and reconciliation process, and probably facilitated by someone from the outside, could go a long way in starting this path of change,” Hardeman said.