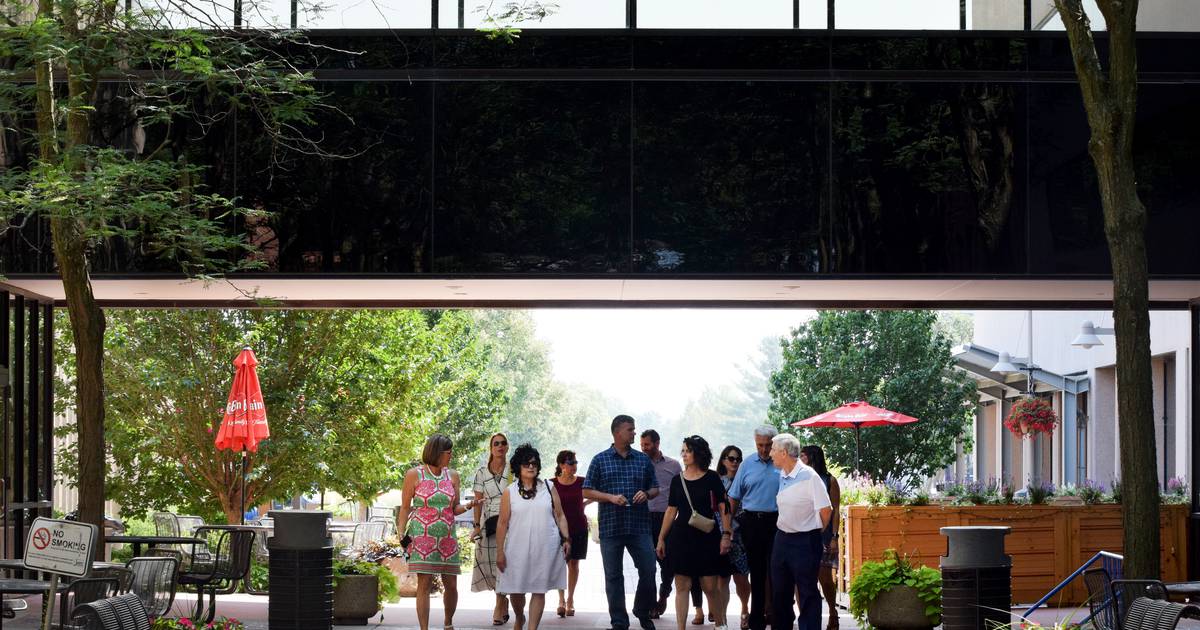 Representatives from the Iowa Economic Development Authority (IEDA) and Main Street Iowa visited downtown Newton and neighboring Legacy Plaza on July 27, both included in the city’s now-accepted request to create a neighborhood of reinvestment and funnel millions of dollars into new projects.

Next, Newton’s guests were introduced to Legacy Plaza and the nearly four years of work that has already gone into the campus made up of the former Maytag headquarters buildings. Kim Didier, Executive Director of DMACC Business Resources, also presented the repairs to Building 2, which once housed The Cellar Peanut Pub and will eventually become a hotel and bar.

Several of the tour guides are stakeholders in the proposed Newton Reinvestment District. On June 25, the IEDA board of directors voted unanimously to give the city an interim allocation of $ 14 million from the Iowa District Reinvestment Program, or about 90% of what was originally requested – about $ 15.4 million – in the request.

Showing these particular areas to IEDA and Main Street Iowa was important to the city and to those who would be affected by the reinvestment neighborhood, suggested Newton Development Corporation associate director Tanya Michener. Both entities were able to see the work that is already done and how state funding would benefit future projects.

“We were able to describe the whole neighborhood there (at Legacy Plaza) and how it connects to downtown,” Michener said. “And because Debi had never walked, she didn’t even realize they were close, which we all know is a problem. People (who visit) Legacy Plaza don’t realize downtown, and downtown don’t realize there is Legacy Plaza.

Michener said it’s always good to make sure Newton is on the lookout for organizations like IEDA and Main Street, or at least aware of their triumphs and the struggles they face. Visits to local retail stores have helped both organizations understand the personal stories that business owners have faced in opening or expanding their stores.

Erin Yeager, executive director of Newton Main Street, said even in the last 18 months of the pandemic, businesses have found ways to adapt and survive. In fact, downtown Newton hosted nine new businesses – like Varieties, Crazy Redhead Quilting, and Viet-Thai Taste – and three expansions during that time.

“For me it’s a success there,” Yeager said. “(During the tour) we also talked about how our businesses have come together and also partnered… We talked about creating places with the flowerpots and how the vibrancy that comes little bits and pieces that we add bring a lot. “