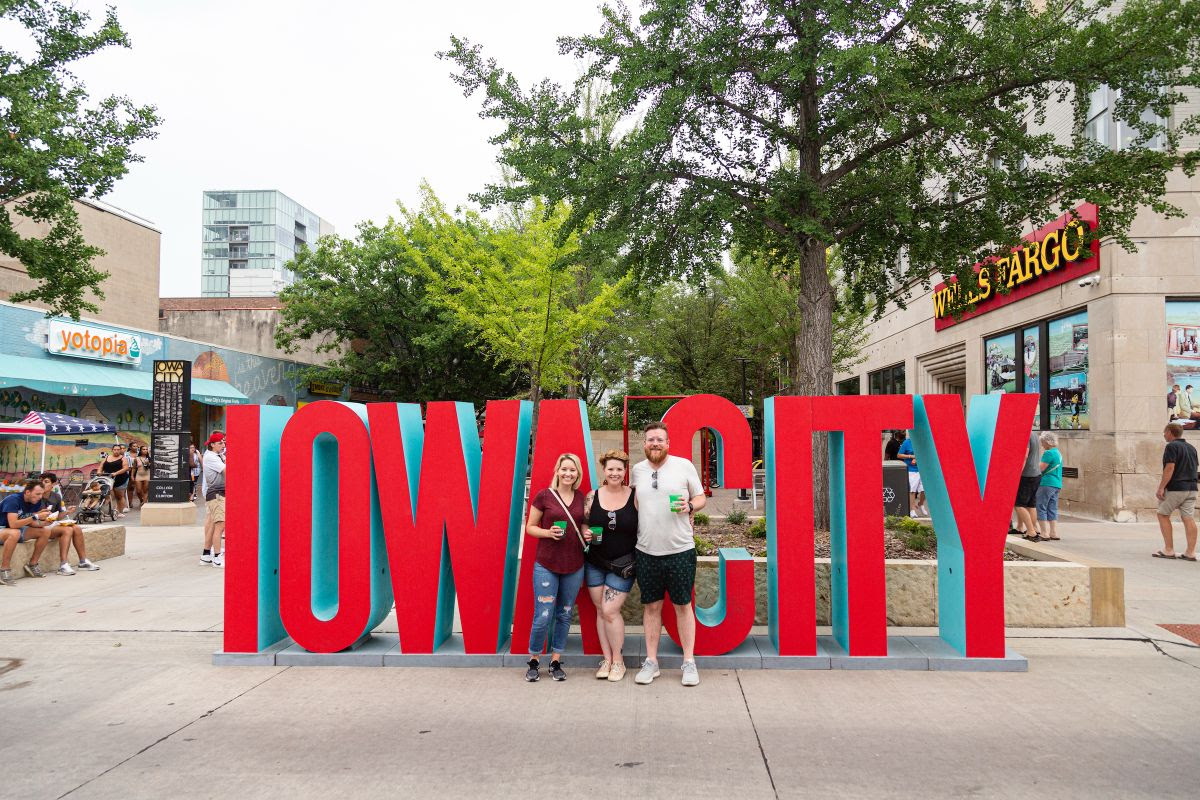 The Iowa City Downtown District (ICDD) announced this week in its 10th Anniversary Mission Report that the organization has managed downtown Iowa City through incredible change and growth, including a 79% increase in property value, the addition of over 430 hotel rooms, and a spike annual attendance (in 2022) with 7.5 million visits.

One of the report’s most important findings is the growth of “retention,” or the number of times the same visitor returns when other choices are available. Using a high bar for loyalty that does not reflect fans visiting Kinnick Stadium or the University of Iowa campus, Downtown maintains approximately 6 million visits which are directly attributable to the diverse offering of retail stores, restaurants, bars, galleries, theaters, entertainment venues, museums and other unique offerings not typical of cities of this size. Another indication of a high loyalty factor is a visitor’s average length of stay, which the report says is more than three hours.

ICDD Executive Director Nancy Bird said these results are due to a shared commitment from the community in the Iowa City area,

“The investment these owners and businesses put into the SSMID and the partnership with the city and the university made all the difference and we were fortunate to have flexed the muscle of shared collaboration long before the pandemic only knocks to allow us to bounce back to where we are now. We are in a really great place.

The report highlights other community-wide economic benefits that have resulted from ICDD’s work, including charitable donations of $281,465 to non-profit organizations, clubs and community groups. Iowa City Area Services; nearly $400,000 injected into the local arts economy and artist payments; over $145,000 in direct grants to downtown businesses; and selling over $778,000 in spendable gift cards at participating downtown businesses since its inception in 2014.

The ICDD recently celebrated its 10th anniversary at an event on May 19 at Chauncey Swan Park with local leaders, businesses, cultural leaders and community members. During the celebratory event, a video was released that shared the story of downtown’s “change” through the lens of beloved KXIC AM radio show, “The Downtown Dish.”

Bill Nusser, Retired Owner of Hands Jewelers, and Catherine Champion, Owner of Catherine’s Boutique, hosted a series of downtown speakers who positioned the industry for change and demonstrated the complexity, rewards and fun of the work of the organization.

Doug True, retired chief financial officer of the University of Iowa, says in the video about the central role of downtown in the health of the city and the university: “It has become essential that the university s ‘involved.”

The video highlights the impact stories of business owners, how decisions were made along the way, the birth of the Block Party, and artists’ perspectives on the development of the downtown mural.