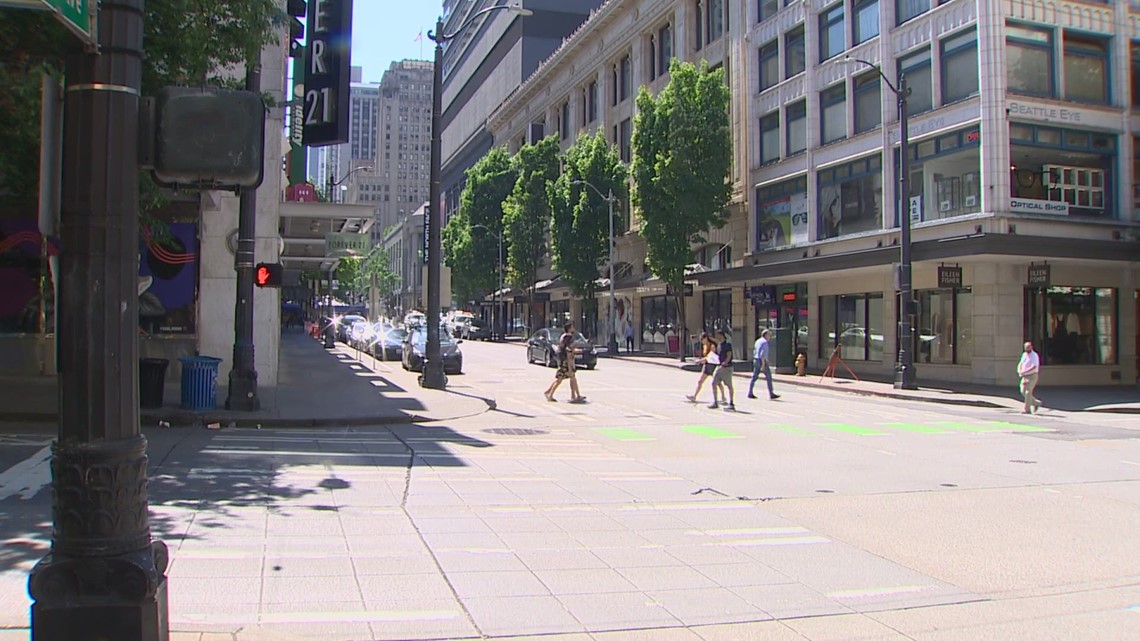 The “Welcome Back” weeks will take place from July 12 to 26 and will aim to relaunch the recovery of the city center after the COVID-19 pandemic.

Key recovery efforts include the city’s two-week “Welcome Back” with the Downtown Seattle Association (DSA) from July 12-26.

“We were a city that had one of the fastest growing economies in the world, and we had to shut it down,” Durkan said. “And now we have to start it. And the way we do it is to get people back into small businesses because small businesses are really the majority of businesses in Seattle.”

Welcome Back Weeks feature promotions in downtown neighborhoods as well as large-scale events in the downtown corridor.

Another proposal from Durkan is to ease the limitations on new downtown businesses. The ordinance would temporarily allow certain types of businesses, such as doctor’s offices, gymnasiums and bicycle parking lots, to apply for permits in the city center where certain limitations apply.

The proposal is due to be heard for the first time at the meeting of the Land Use Planning Quarters Committee on July 14.

“We have an advantage over most other US cities because over 80% of Seattle’s people are fully immunized,” Durkan said. “It makes it a safe place to visit. It also allows us to reopen our businesses safely.”

Summer is here, downtown reopens, and we’re celebrating with it #WelcomeBackSeattle events!

Join us on #HingHayPark 17/7 and 18/7 from 11 am to 7 pm for shows, activities, & tasty #CID treaty. We will have live local music, cultural celebrations and more! https://t.co/6WDOGtdtbA pic.twitter.com/LbwUDCIBY5

According to DSA, more than 450 downtown street-level businesses closed during the COVID-19 pandemic, prompting Durkan to form the Downtown Revitalization Task Force and invest millions of dollars. dollars in the recovery effort.

This includes the recently adopted Seattle Rescue Plan, which invests $ 128.4 million in various recovery initiatives as well as shelter and housing expansion.

“I think now is the time to celebrate,” Durkan said on Monday. “We’ve been through a really, really difficult time. There are still people struggling and suffering, we can’t forget that. But now, as we look to the future, it’s a really big step. “

Washington state as a whole reopened its economy on June 30. As of July 9, the state’s vaccination rate for those 16 and older was 69.6%.