Loved my downtown Seattle neighborhood, but it got too depressing to stay 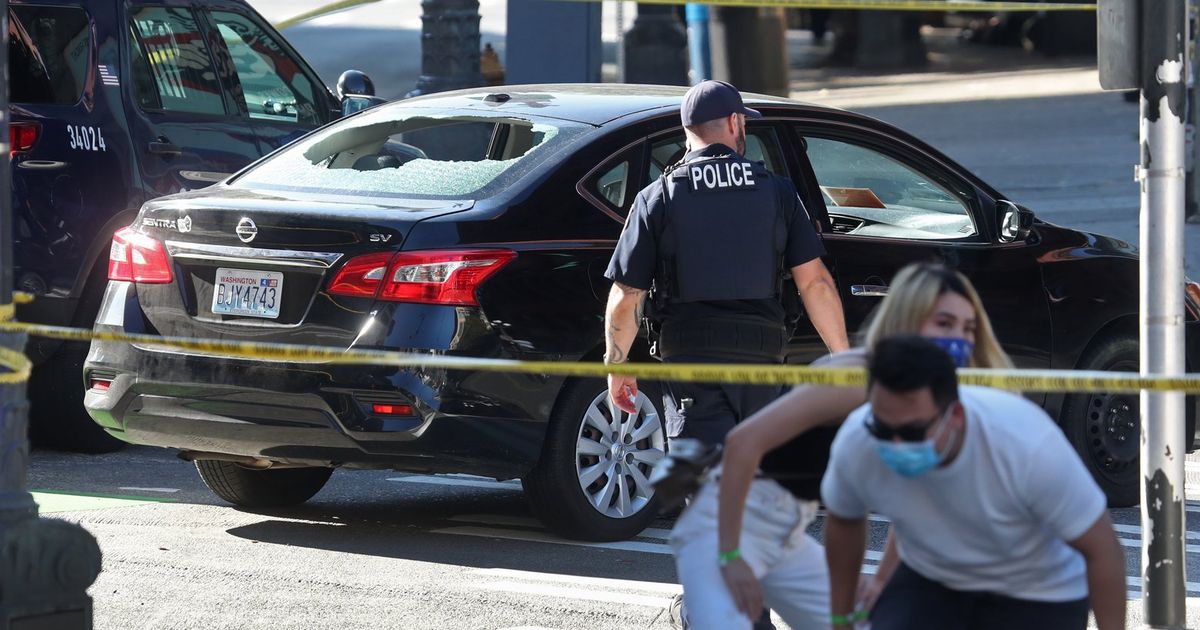 These are the thoughts that haunt me as I return to my old spot on Vine Street under a golden September sky above the monorail this time of year. It’s been almost a month since I came back.

Earlier, I had passed the almost naked man who settled in the doorway of Lusty Lady’s abandoned door – the irony does not escape me. Broken glass was strewn everywhere as if it had been shattered in rage. It seemed to confirm that an encampment can go from benevolent to brutal in the blink of an eye. The flap of his tent fluttered upward in the light wind. A younger man inside looked at me like there was something wrong with me for noticing it.

I took his gaze to heart. I let it sink.

Wrapping my sweater closer to my shoulders, I walked over to the Seattle Art Museum across the street where the Hammering Man is still pounding and I thought, you remind me of our city council, you keep on beating but nothing is done. Businesses continue to close.

I look at all the new tents scattered around the city, and I see that giving money to the homeless is not getting us far. Blame either. Compassion misdirected either, as compassion is not always what it seems. I love Seattle. But it became a restless love. I can’t love him without shaking my head more. It’s hopeless, there isn’t really another word to describe it. My question always becomes: other than the fentanyl dealers, who benefits from all this misery? Is it better to keep hoping for a leadership turnaround, or to strike downtown from my list as just “too depressing” like so many others have done.

Mentally, I defend both sides.

When King County bought the Queen Anne’s Inn for “supportive housing”, my friend Lisa hoped for the best. But when Uptown Espresso cited the crime for shutting down because her beloved neighborhood was overrun with crime, drug use and violent assaults, she started packing her bags. But it’s hard to make a new life, new relationships, new friends, I told him. It’s really difficult.

I have always been moved by the beauty of Seattle, the crystal clear sea and the mountain views, but now I’m scared, which is a feeling incompatible with beauty.

And I had a neighborhood that I once loved. Neighbors I loved. The business leaders that I adored. They’re mostly gone now, moved out of town because of that same fear that we can’t outrun, and it’s not COVID-19, and it’s not because we no longer have 21 years old. This is from a city council that says it is compassionate, but it seems the opposite is true. Where is their compassion for all the people who no longer feel safe in the neighborhoods they helped create?

Rarely do policymakers live in the hardest-hit neighborhoods they rule. I can only hope (and pray and vote!) That ours will finally admit that the homeless issue has become too permissive Seattle public policy. It’s time to bridge the huge gap between what is naive ideology and what really is is, what in fact works. Or, like a shark caught in a trawl, we will continue to sink.

My dad used to sing Sinatra songs softly to himself, songs like “I’ve Got You Under My Skin”. So I read all the lyrics, highlighting my favorite lines. Out of the multitude, I chose these two because they reveal that when it comes to running a city, there is no better advice: Use your mindset. Wake up to reality.

Marie Lou Sanelli
is an author, lecturer and dance teacher. His latest collection of essays, “Every Little Thing” (Chatwin Books, September 2021) was nominated for a Pacific Northwest Book Award. She lives on Bainbridge Island.