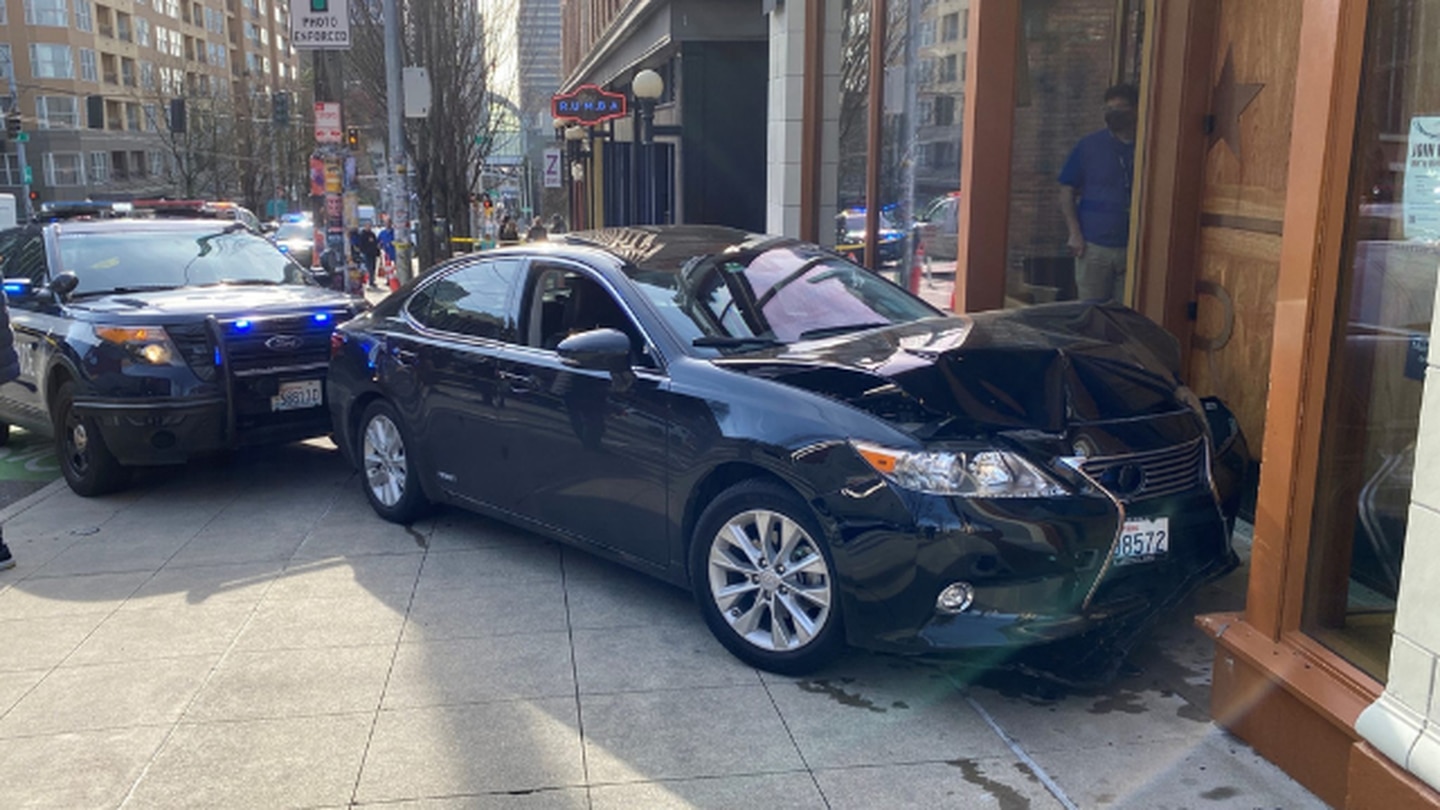 SEATTLE — A man is in custody after allegedly hijacking a rideshare driver in downtown Seattle on Tuesday.

Seattle police were responding to reports of a stabbing near 3rd and Pike Street around 2:30 p.m. when they saw the rideshare driver being hijacked.

Officers were looking for the stabbing victim and suspect when they allegedly saw two men running towards a parked black Lexus.

One dove into the driver’s seat, while the other jumped into the passenger seat through an open window.

At that time, the police believed that the two men could be the victim and the suspect.

Officers signaled the driver of the Lexus to stop, but he refused to stop.

The driver allegedly drove erratically, speeding and running red lights, and swept away another car.

Officers say they saw the driver and passenger fight while driving.

The driver eventually crashed into the Starbucks Reserve Roastery located in the 1100 block of Pike Street.

Once officers removed the two men from the vehicle, they learned that the passenger owned the car and worked as a rideshare driver.

He told police he was loading a passenger’s luggage into his vehicle when the suspect jumped into the driver’s seat. The car owner then jumped out of the passenger window of his car in an attempt to stop the suspect from stealing it.

The 35-year-old suspect was arrested at the scene.

He was taken to hospital with possible minor injuries and will be incarcerated in King County Jail for theft once he is released.

As police responded to the carjacking, other officers located the victim of the previous knife attack. Seattle Fire Department medics treated the man at the scene for non-life-threatening injuries.

At present, they say there appears to be no connection between the stabbing and the carjacking.

Police have recovered video evidence and are continuing to investigate this incident.