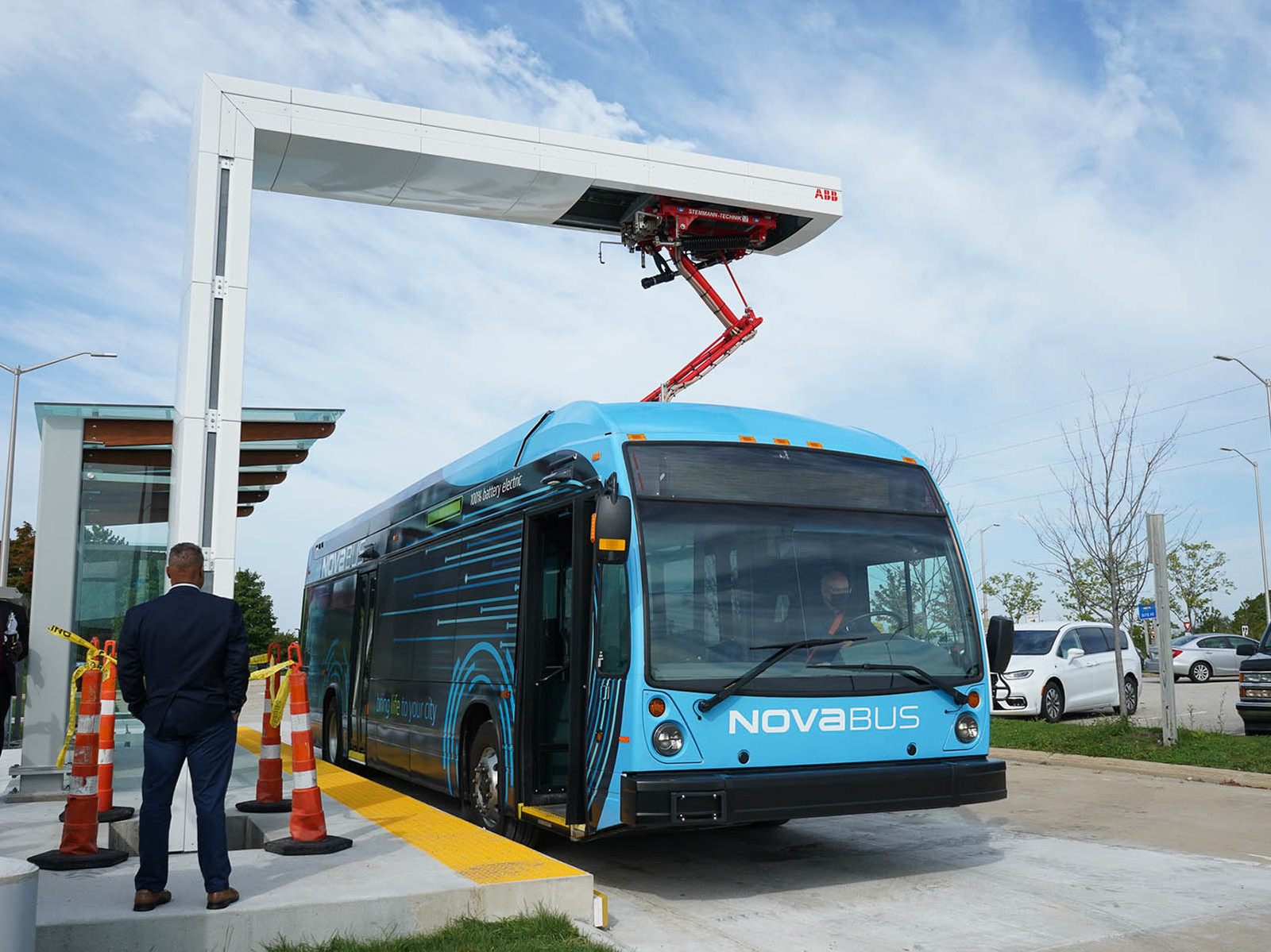 As part of the construction of the nine-mile East-West Bus Rapid Transit (BRT) line from Tosa to downtown Milwaukee, the Milwaukee County Transit System has installed the first electric bus charging station.

The loader, on Watertown Plank Road, is operational.

The charger, which is part of the Milwaukee Regional Medical Center BRT stop in Wauwatosa, is the first of two such chargers that will be installed. The other will be at The Couture – the eastern terminus of the BRT line – which is currently under construction at Michigan Street and Lincoln Memorial Drive.

To keep the batteries on the BEB electric bus fully functioning, a charge management plan calls for each bus battery to be charged for nine minutes for every three laps of the 18-mile round trip route. Buses will also be charged for two hours overnight.

Nova Bus, part of the Volvo Group, is building 11 all-electric LFSe+ buses that will arrive in Milwaukee in November. Four more are expected to arrive next year.

BRT service is expected to begin in June. A second route, along 27th Street, is currently under discussion.

Here are some facts about MCTS BRT charging stations: