Mixed signals on the state of downtown Seattle 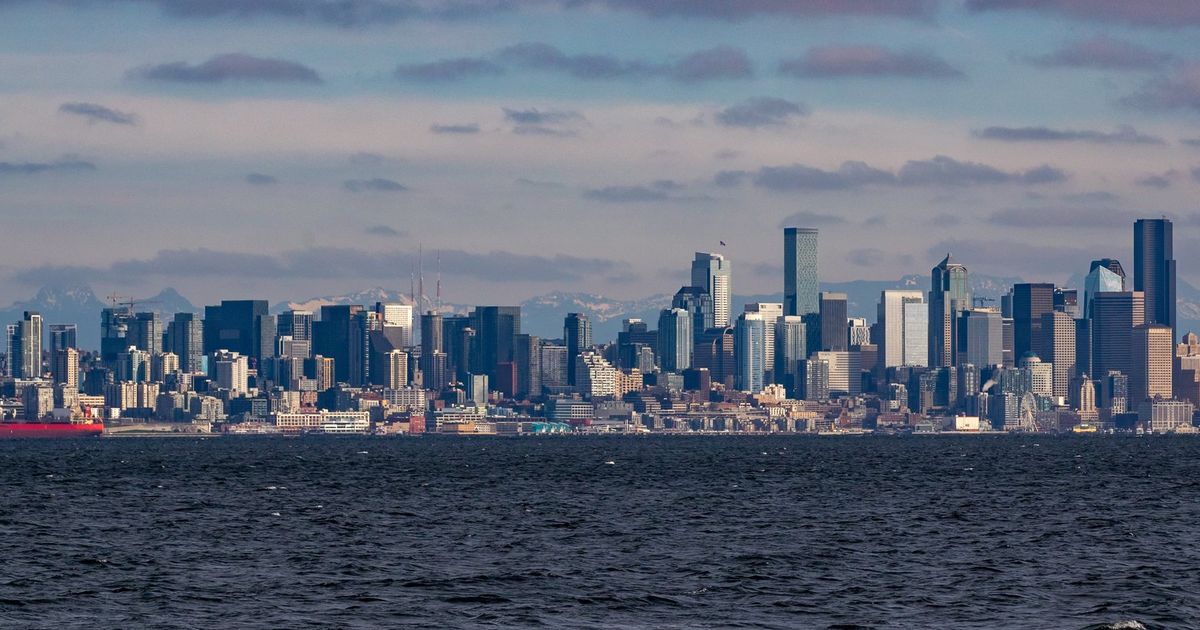 This month’s “State of Downtown” meeting was a win in itself, with 1,000 people at the Hyatt Regency, the first in-person gathering for the event since early 2020.

Guest speaker Richard Florida, a leading urban scholar and author of books such as “The Rise of the Creative Class,” has told audiences that “cities are much stronger than infectious diseases” for centuries. “Young, ambitious people came looking for the greatest opportunity.”

He also pointed to a recent Axios student survey indicating that Seattle was where most respondents wanted to live after graduation, a sign that the city remains a magnet for talent.

Florida is optimistic about downtown recovery.

I hope he is right. The overall picture is mixed. Some promising signs are emerging. Yet downtown finds itself in a deep hole due to the pandemic, crime and homelessness.

Downtown matters. As Mayor Bruce Harrell said, “Downtown is the economic engine of our region. In effect. Every fully prosperous metropolitan area has a strong downtown.

According to the Downtown Seattle Association’s 2022 report Downtown Economic Reportthe central core concentrates more than half of the city’s business taxes and jobs, 81% of its office stock and 87% of its hotel rooms.

Footfall in apartments and hotels is rebounding. Tourism and cruise season are back. Pike Place Market received more than 2.2 million visits in the summer of 2021, four times more than in 2020. But offices continue to suffer from remote work.

Permits for new buildings of all kinds totaled just 35 in 2021, the lowest since 2010. In 2016, permits hit a recent high of 101 — years when Seattle was the nation’s construction crane capital.

The year-over-year change in occupied office space fell in most comparable downtowns from 2020 to 2021. Only Austin saw an increase (4.8%), while Seattle fell 1 .8%. Portland and San Francisco were the worst, down 4.2% and 4.6% respectively.

That could start to change when Amazon plans to send most employees back to its headquarters by the fall (some are already there).

Downtown employment peaked at more than 50% of Seattle’s total employment in 2020 before the pandemic hit. The 2021 estimate was still 323,158 core jobs, but nearly half were working remotely.

Jobs in physical retail have fallen by 15% since 2010, while employment in hotels, restaurants and the arts has fallen by 37%.

Violent crime in downtown Seattle has doubled since 2017. The city has lost nearly a third of its police force in the past four years to retirements, officers taking jobs elsewhere and the lack of support from the majority of the city council.

Amazon recently moved some employees from Macy’s old building because of crime. Some tech leaders have said they never come backmoving to the Eastside.

No wonder public safety is a priority for Harrell and new city attorney Ann Davison. It’s an encouraging sign that Weyerhaeuser plans to return to its Pioneer Square headquarters next month after pausing it for security reasons.

Approximately 170 new businesses at street level opened in the city center during the past year. But they do not outweigh the numerous closures, especially along Third Avenue, mainly because of looting amid protests mostly peaceful after the murder of George Floyd by the Minneapolis police, fear of crime and a theft epidemic shoplifting.

The report also showed that the downtown tent population in December 2021 was 900% higher than in 2019.

Public transit is another challenge of COVID-19. The report stated: “With a 14-minute journey from Northgate to Westlake station in the city center and trains arriving every eight minutes, this line is expected to carry up to 49,000 passengers a day in 2022. Now more people than ever have access to downtown. via reliable and efficient light rail.

Last year, a quarter of typical downtown workers worked exclusively remotely. More than 44% of workers traveled by public transport in 2019, but this percentage fell to less than 19% in 2021.

“The survey results also indicate that the majority of workers still plan to use public transport once the pandemic is no longer a serious threat.”

Downtown is in desperate need of the First Avenue Streetcar, complementing the Downtown Connector and streetcars running in designated lanes. This would connect tourists to Pioneer Square and the international district of Chinatown, while allowing people with disabilities easy access to these areas.

I didn’t know what to think of the round table with Davison, City Council Member Sara Nelson, and Marc Dones, CEO of the King County Regional Homelessness Authority, discussing how to manage public safety and deliver mental health, addictions, and housing services.

Working better together on these issues is a constructive approach.

Partnership for Zero aims to make a dramatic dent in reducing the homeless population. It includes the help of many Seattle businesses and philanthropies.

But they lost me with this: “I fundamentally believe that we interrupt cycles of violence and crime by meeting the material needs that fuel cycles of crime. People steal bread because they are hungry, not because they are angry with others.

It’s oversimplified. According to the United States Department of Agriculture, food insecurity in Washington is below the national average. The connection between hard times and crime is tenuous. For example, crime was low during much of the Great Depression.

Beyond that, Seattle has spent huge sums on the “homeless emergency” — a projected $156 million this year alone. If people steal because of lack of food, we face a lack of criminal accountability.

In reality, some people commit crimes to get their fix or to support an antisocial “lifestyle”. And some are predators, especially preying on the homeless.

Until we get them off the streets and have judges locking them up, downtown and Seattle will be struggling.