Mount Tam receives 2.33 inches of rain in the weekend system 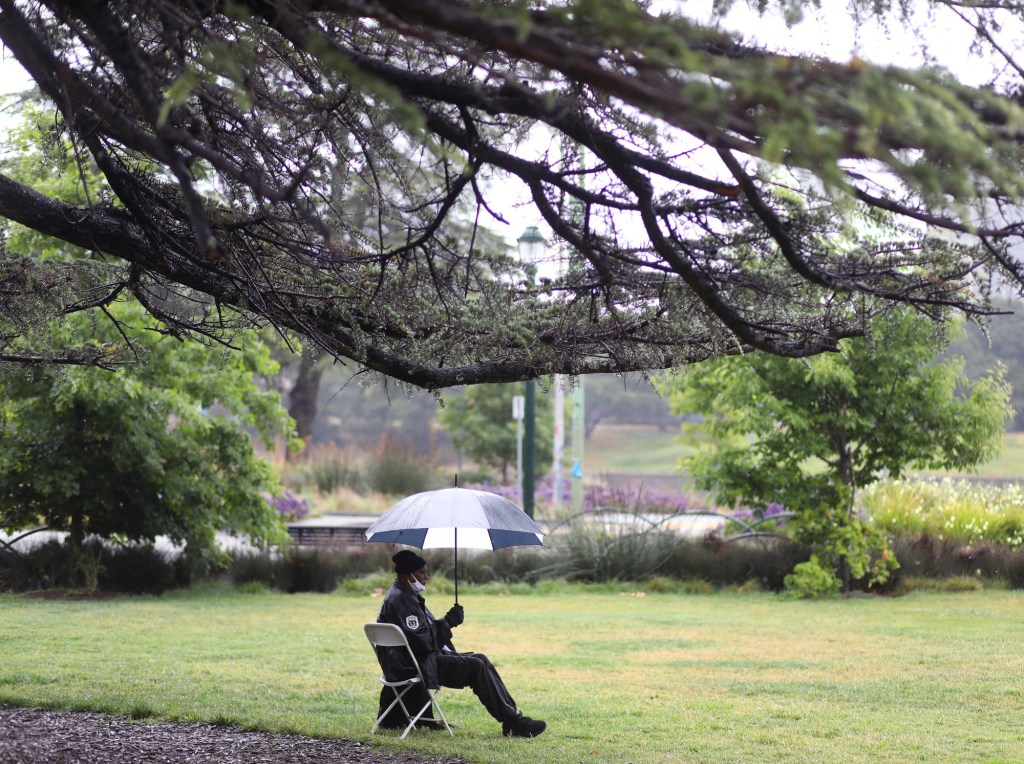 Much-needed rains fell in parts of the Bay Area Saturday evening and early Sunday morning, wetting soils in the area and briefly easing fire conditions in the North Bay and parts of the East Bay Hills.

Most of the precipitation fell over North Bay, where 0.52 inches was measured at Tiburon and 0.75 inches at Mill Valley. By far, the heaviest rainfall was reported on Mount Tamalpais, which received 2.33 inches of rain around 8 a.m. Sunday.

Brooke Bingaman, a National Weather Service meteorologist, said 0.32 inches of rain fell in Kentfield, nearly all of her average of 0.33 inches for the month of June.

The storm brought light, steady rain that came as a welcome sight amid deteriorating fire conditions across much of the Bay Area. Still, the rainfall was only expected to lessen the fire threat for a few days — possibly a week — amid an ongoing historic drought that has left much of Northern California parched and dry.

“We’re pleased with how this is progressing and bringing some rain in June to the Bay Area,” said National Weather Service meteorologist Ryan Walburn. “By June standards, it was definitely a nice little rainstorm.”

Parts of the Oakland Hills received a quarter inch of rain. But only a few hundredths of an inch fell over most of Contra Costa County.

Similar storms in June are not uncommon in the Bay Area, with most of the region typically receiving at least a tenth of an inch of rain that month. Still, with so much of the state mired in a historic drought, every rainfall is key to preventing the worst of the fire season, meteorologists say.

Hot and dry conditions look likely to return in just a few days. A ridge of high pressure is expected to enter the Bay Area and northern California later this week, raising temperatures and drying out any vegetation moistened by this weekend’s storm.

While this weekend’s storms should help ease fire conditions for a few days, the impending warming could mean the return of dangerous fire conditions, Walburn said.

The storm “gives us a few days of reprieve, but it will be old news in about a week,” Walburn said.

The Marin Independent Journal contributed to this report.