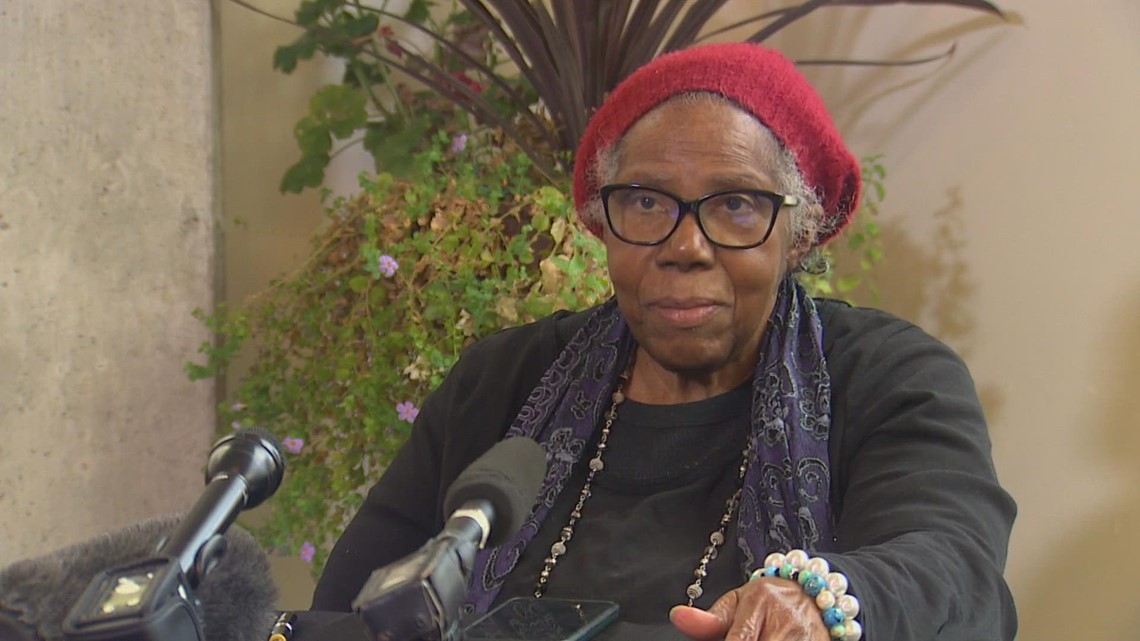 Seattle Police are asking the public for help in identifying a suspect.

SEATTLE – Detectives are looking for a suspect involved in a hate crime that took place in downtown Seattle last week.

The Seattle Police Department (SPD) said a man in a dark-colored hatchback was seen driving recklessly through the downtown area on November 18.

He then reportedly stopped at 1st Avenue and Columbia Street and shouted racist slurs at a 75-year-old woman identified as Rev. Harriett Walden, who is also the co-founder of the non-profit Mothers for Police Accountability. .

“I had just crossed the street and he had a melanin problem,” she said.

The man then threw a can of motor oil at her, hitting her in the back.

“I’m blessed. You know why I’m blessed because the only gun he had in his car was motor oil. We know so many times that people have guns. So I’m here today. ‘hui, no obituary is necessary, “said Walden.

Detectives are following the leads in the case, but they hope someone has more information on the suspect and the vehicle he was driving.

Officers believe the vehicle may have been lowered.

Walden tweeted the day after the attack that she was “grateful that the person who assaulted me yesterday didn’t have a gun.”

Thanking those who contacted her after the incident, Walden wrote: “Life is good, there are a lot of good people in this world.”

Anyone with information about the case is asked to call the SPD’s Violent Crime Information Line at 206-233-5000.

Data available on SPD’s Bias Crime Dashboard for 2021 currently only shows the number of bias crimes in Seattle from January through March. However, each month has seen a significant increase over the same period last year, which had by far the highest number of hate crimes compared to the previous eight years.

As for the King County District Attorney’s Office, 31 hate crimes cases have been filed in King County Superior Court this year through October. Last year, 49 cases were filed.