Opening of the first NFT museum in downtown Seattle 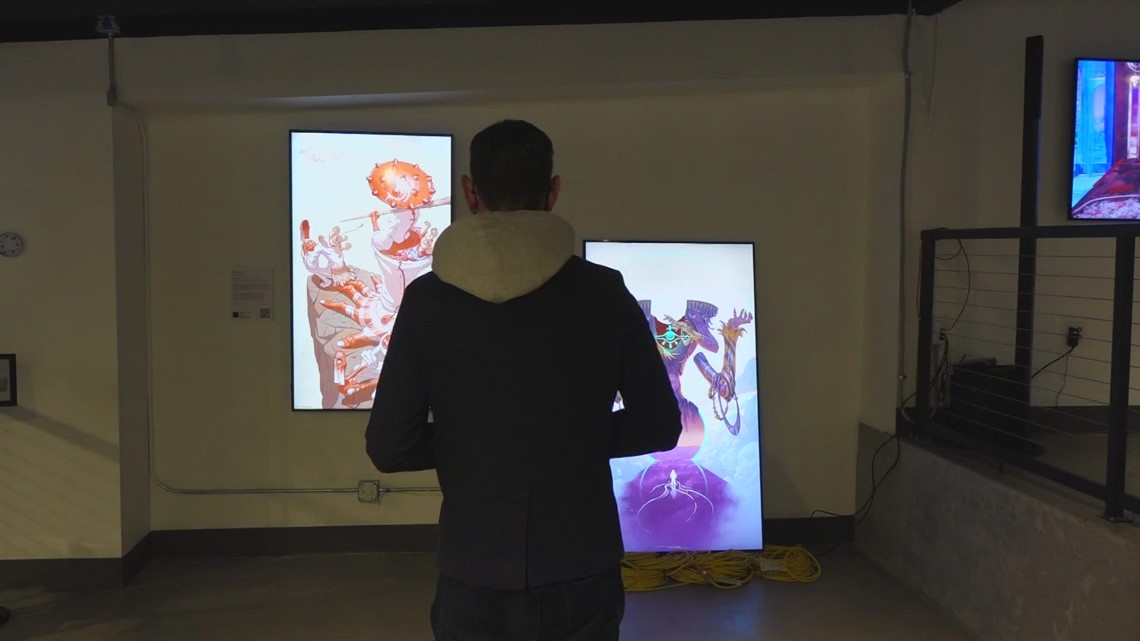 The Belltown Showroom is a place to educate and connect the budding NFT community in the Pacific Northwest.

SEATTLE — A city filled with artists and technologists seems like the perfect location for what could be the world’s first NFT museum.

Seattle entrepreneurs Jennifer Wong and Peter Hamilton said they were inspired to create a community space and educational hub for the growing digital community.

The Seattle NFT Museum opened on 1st Avenue in January. The gallery, the first of its kind, seems to come from the future.

The Belltown Showroom is a place to educate and connect the budding NFT community in the Pacific Northwest while showcasing digital artwork from local and international artists.

NFT stands for “Non-Fungible Token”, which is essentially a certificate of digital ownership, according to gallery co-owner Peter Hamilton.

“This certificate is stored on the blockchain,” Hamilton said. Blockchain is the same digital technology used to buy and sell cryptocurrencies.

“It’s decentralized, so everyone has access to it,” Hamilton said.

For many artists, this gives them the opportunity to sell their art online for the first time. In the first half of 2021, NFTs accounted for $2.5 billion in sales.

The museum opened with an exhibit by Blake Kathryn from Los Angeles. Kathryn is a very popular NFT artist who creates vibrant 3D renderings. A trio of Seattle-based artists are also on display.

Charles Peterson is a famous photographer known for capturing the rise of the grunge scene in Seattle. Never-before-seen photos of Kurt Cobain and Chris Cornell are on display for people to buy and trade.

Neon Saltwater is a digital creator who says she was excited to get into NFTs because she creates her art on screen and that’s how her work was meant to be experienced.

Robbie Trevino is a Seattle-based illustrator who happens to be the lead designer for Lucas Films.

The Seattle NFT Museum is open Thursday through Sunday and is located at 2125 1st AVE in Seattle, WA – just 2 blocks north of Pike Place Market.