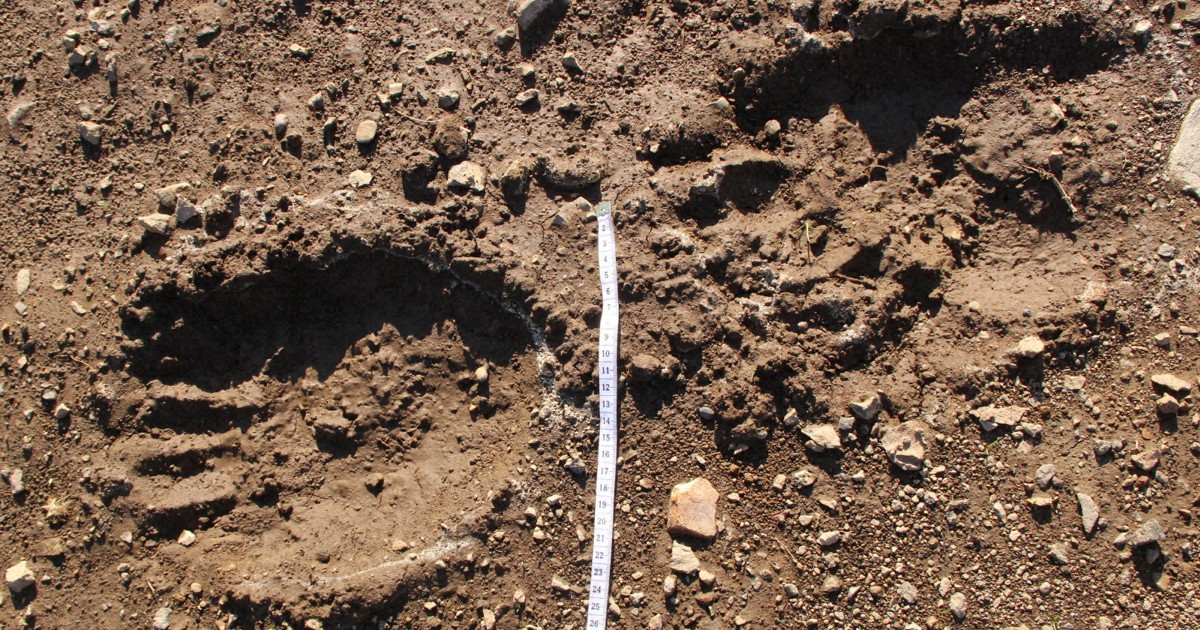 NEMURO, Hokkaido – More than 200 footprints of a huge brown bear were spotted in the downtown area of ​​this northern Japanese city on June 25.

The footprints are thought to be those of a giant buck as its hind leg is over 18 centimeters wide. The city government of Nemuro warned residents through the community wireless system to exercise caution.

The footprints were discovered at the former site of Hakuryo Municipal High School about 2 kilometers southwest of JR Nemuro Station. They dotted the playground and disappeared into the sloping meadows between the old school site and an adjacent sports park. Two steel poles that supported the rope at the site were found to have been ripped out. The brown bear is believed to have appeared between late June 24 and early the following morning.

A 74-year-old nearby resident commented, “It’s very rare for a bear to appear in a downtown area. It’s frightening.