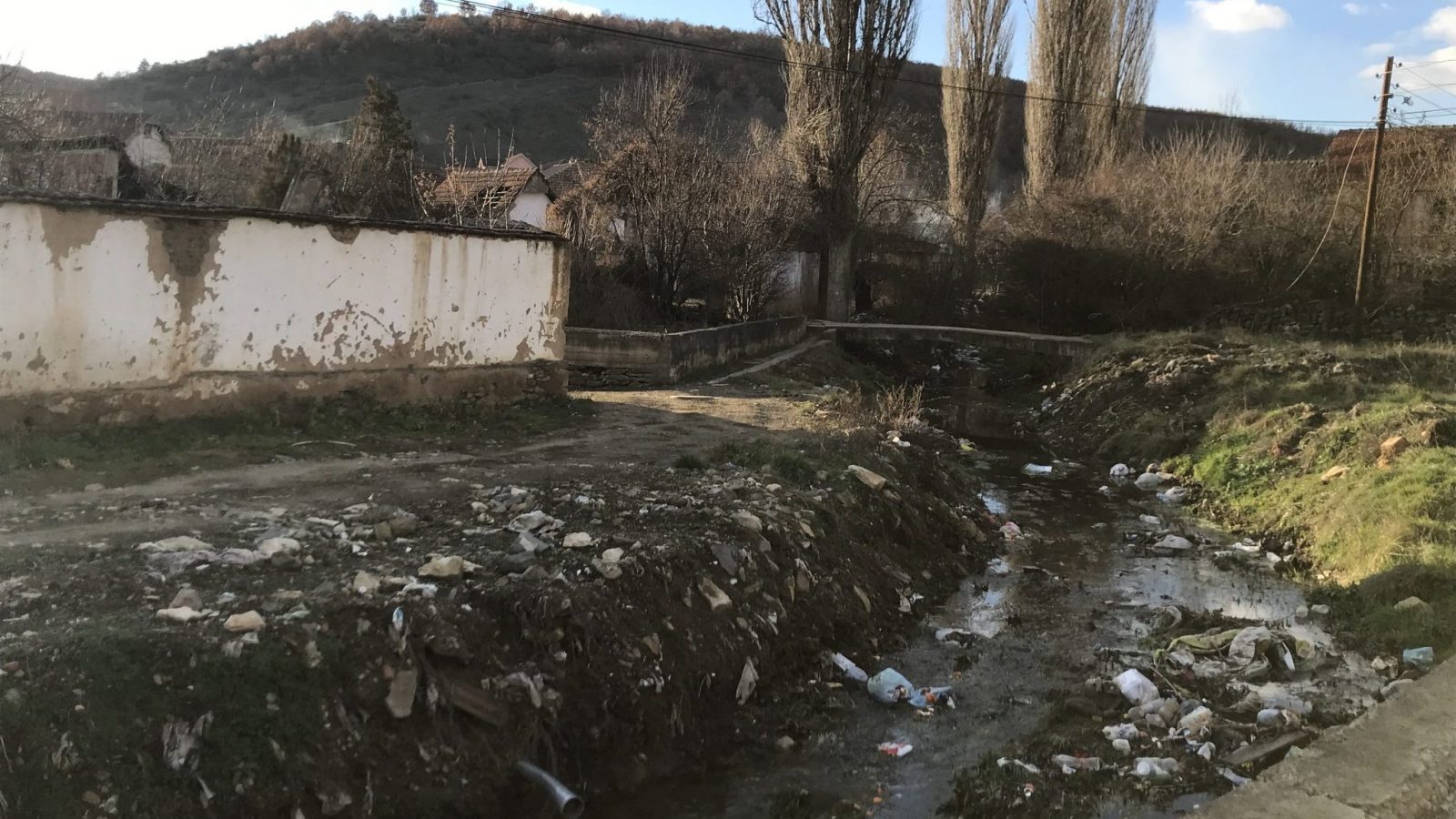 Kosovo’s Water Services Regulatory Authority, ARRU, told BIRN that seven companies are licensed to provide water services across Kosovo, but as of 2020, sewage services in 965 of 1,301 colonies in the country are not managed by any of these seven companies. These include Cernica and more than 40 other settlements in the wider municipality of Gjilan/Gnjilane, which did not respond to a request for comment.

“That doesn’t mean these settlements don’t have sewage systems,” ARRU told BIRN, just that the sewage there isn’t managed by one of the seven licensed companies. The ARRU does not have “detailed information regarding the status of these systems, she said.

Several neighborhoods in Pristina fall into this category.

“We have a lot of problems because of this, especially in the summer when it smells really bad,” said Mehreme Gashi, a resident of the Emshir neighborhood not far from the Pristina bus station where sewage is discharged to the outdoors. “We can’t even open the balcony door because of the smell in the summer.

Complaints to the municipality did not resolve the problem. Gashi said she avoids shopping in the neighborhood.

At least one other district of the capital has a similar problem, while the ARRU said there are 20 settlements on the outskirts of the city where water services, including sewage management, are not covered by any of the seven approved companies.

Neither the Municipality of Pristina nor Kosovo’s National Institute of Public Health responded to requests for comment.