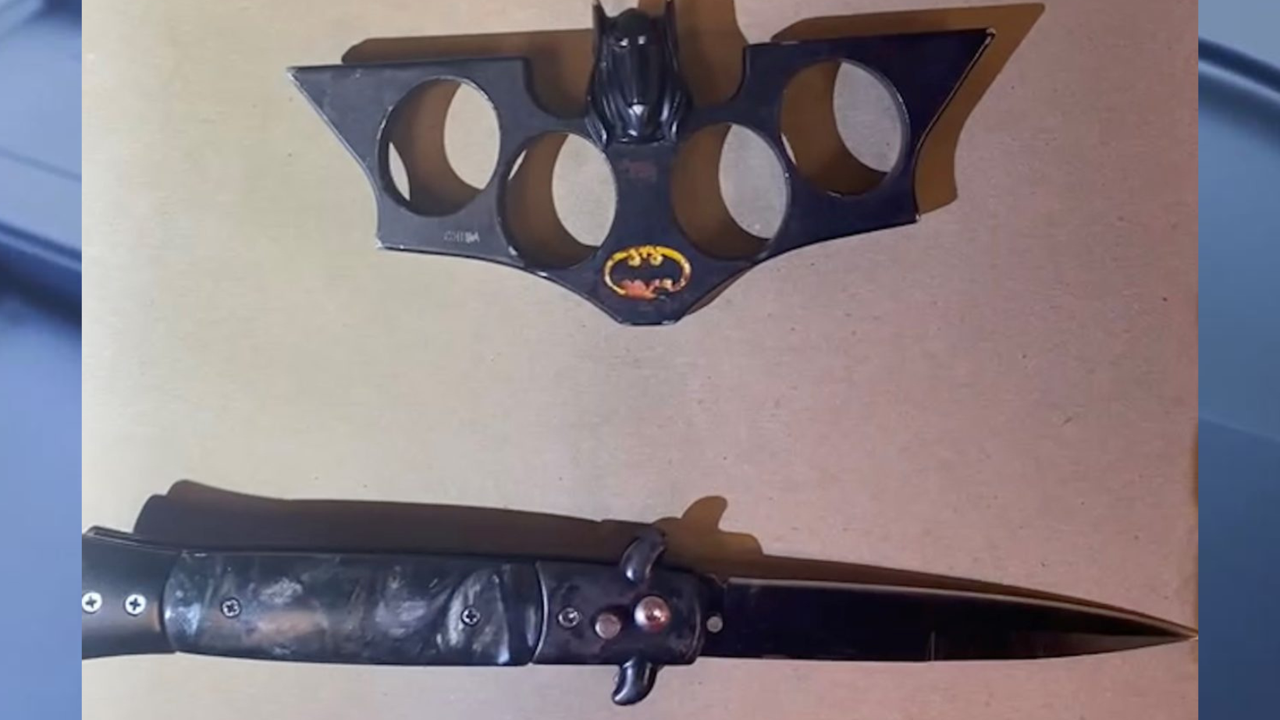 SEATTLE – Seattle police arrested a couple Thursday night who they believe used two illegal weapons to assault a man during a fight in downtown Seattle.

Around 6:15 p.m., officers patrolling Third Avenue and Pine Street were flagged for the scuffle.

When officers responded, they found a man with multiple stab wounds and lacerations to the head. Officers began first aid on the 47-year-old victim until medics arrived. He was taken to Harborview Medical Center but his condition is unknown.

A few blocks away near Westlake Park, a couple reported to another accent officer that they had been pepper sprayed by the victim during the attack.

Police say the couple said they were on a bus on Third Venue when the man approached them and touched the woman’s leg. After a brief verbal altercation, they all walked down to Third Avenue and Pike Street.

Investigators said the victim then sprayed the couple with pepper spray and the couple attacked the man with a spiked brass knuckles and a switchblade knife.

Officers arrested a couple, a 22-year-old man and a 24-year-old woman, on suspicion of felony assault and they were taken to King County Jail.