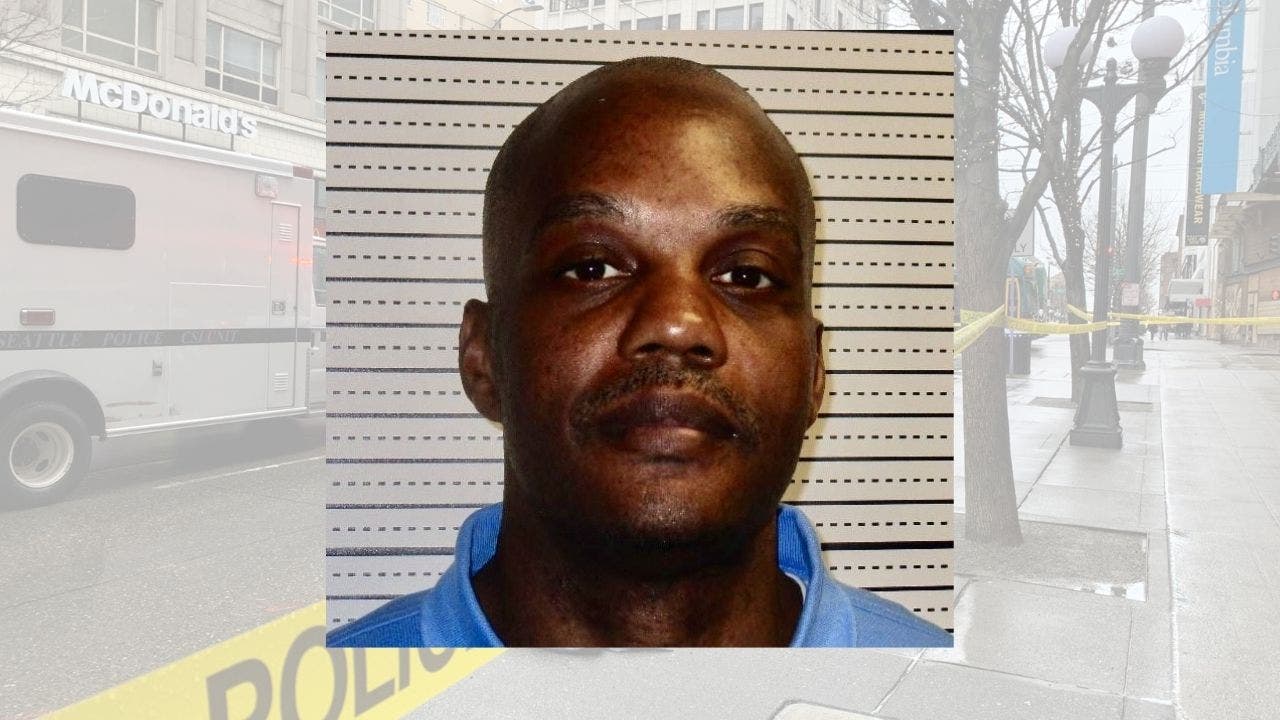 The FBI and US Marshals arrested a man accused of shooting and killing 52-year-old Reno Maiava in downtown Seattle last month in broad daylight.

SEATTLE – Seattle police, the FBI and US Marshals have arrested a suspect accused of shooting and killing a man last month in downtown Seattle.

Police said Wednesday that Marcus Chaney, 44, is also charged with multiple robberies in the Seattle area, including one Feb. 11 in the SODO neighborhood where a bank worker was shot.

Seattle Fire Department officers and medics attempted to save lives, but Maiava was dead at the scene.

“Knowing that I’ll never hold him again. I’ll never kiss him again. I can’t tell him I love him. It’s not fair,” Maiava’s fiancée Dana Leadbetter said , to FOX 13 right after his death.

On March 23, following news of Chaney’s arrest, Leadbetter spoke with FOX 13 anchor and The Spotlight host David Rose at the site where his fiancee was shot.

“It’s a bit emotional, but I get good justice for Reno, his family and myself,” she said.

Of Chaney, she said: “I’m sure he has the love of his life too, and I’m sorry for that, for the choices he made in his life and I can forgive, I don’t. I can never forget, and I just hope he learns from it or at least feels what I must feel every day without Reno.”

“I’m sure he also has the love of his life and I’m sorry for that, for the choices he made in his life and I can forgive, I can never forget and I just hope that he’ll learn from it or at least feel what I must feel every day without Reno,” Dana Leadbetter said of his fiancée, Ren Maiava, who was shot dead in broad daylight on 3rd Avenue and Pine Street.

Investigators questioned Chaney, then jailed him March 22 for homicide and multiple counts of robbery. Ahead of his arrest on Tuesday, the King County District Attorney’s Office said Chaney had already been charged in another felony case involving an armed robbery at a pot store.

Chaney was scheduled to appear in court on March 23, but declined to appear for his first appearance.

According to documents obtained by FOX 13, Chaney has an extensive criminal history dating back to at least 1994. His charges range from driving with a suspended license to theft and possession of firearms.

FOX 13 anchor and The Spotlight host David Rose sat down exclusively with Leadbetter and was able to get the photo of the suspect linked to Maiava’s death.