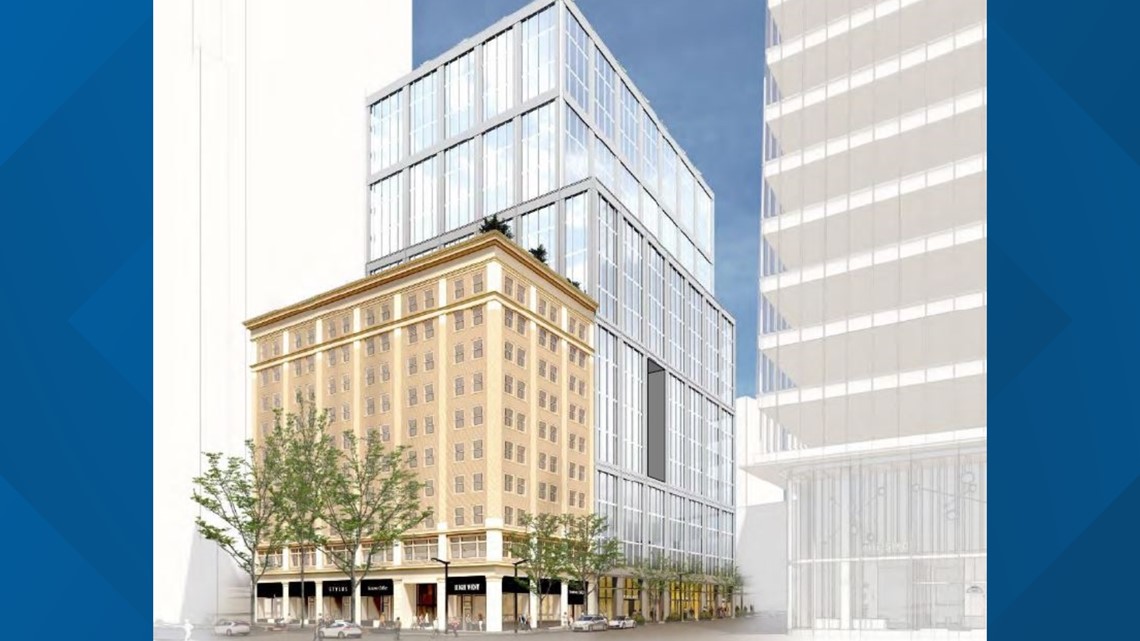 The new three-building development would include a full rehabilitation of the historic Lloyd Building.

SEATTLE — Despite the economic upheaval of the past two years due to the COVID-19 pandemic or the virtual halt to construction amid a local concrete strike over the past five months, real estate development in downtown Seattle seems unstoppable.

City documents show that a three-building project, originally proposed in early 2020, is moving forward with a land use application submitted in August 2021.

Plans focus on the two blocks just north of McGraw Square, with designs for a building adjacent to the historic Lloyd Building at Stewart Street and Sixth Avenue.

The new project, which has been dubbed SIXO by owner Kilroy Realty Corporation and partners, would demolish the current Bank of America building which sits adjacent to McGraw Square. 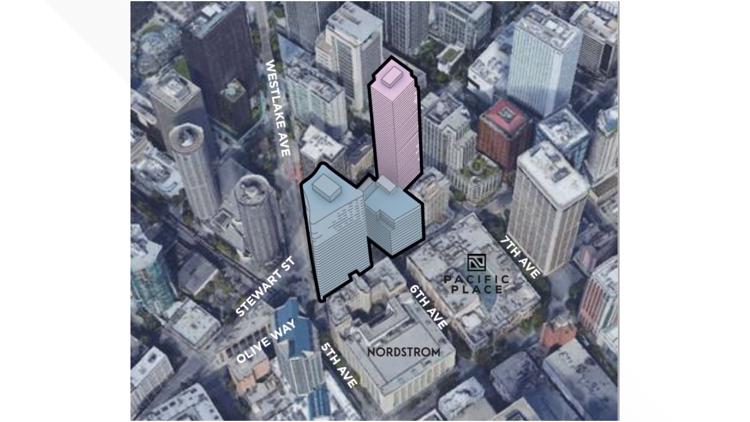 The concrete plaza, which houses the statue of John Harte McGraw as well as the southernmost stop of the South Lake Union streetcar, would neighbor a new 30-story office building with retail on the ground floor. -pavement.

Designs for the potential $130 million structure include parking for at least 200 vehicles.

Across Sixth Avenue, the SIXO project offers an 18-story office building with retail on the ground floor as well as alterations to enhance the Lloyd Building, which is a designated landmark in Seattle.

In the preferred design, the new building will be completed with an element called a “space point”, which will connect the new structure to the existing old building. The designs include connecting each floor of the new and old buildings with the aim of creating harmony, according to the proposal.

City records show that builders expect the two new buildings and the rehabilitation of the Lloyd Building to cost at least about $200 million. A design proposal for the residential tower at the corner of Stewart Street and Seventh Avenue has not been released.

In a presentation for the Downtown Seattle Association, developers said the entire three-building project is expected to include about 600 housing units and about 900,000 square feet of office and retail space.

Kilroy Realty said it hopes to be able to start the first phase of development before the end of 2023 once the design review and initial permitting processes are completed.

The proposal comes as a number of other massive projects have begun to take shape in the city center, including a nearly 60-story new skyscraper opposite City Hall.

Comments can still be shared on the new SIXO development on the City Buildings and Inspections Department website.