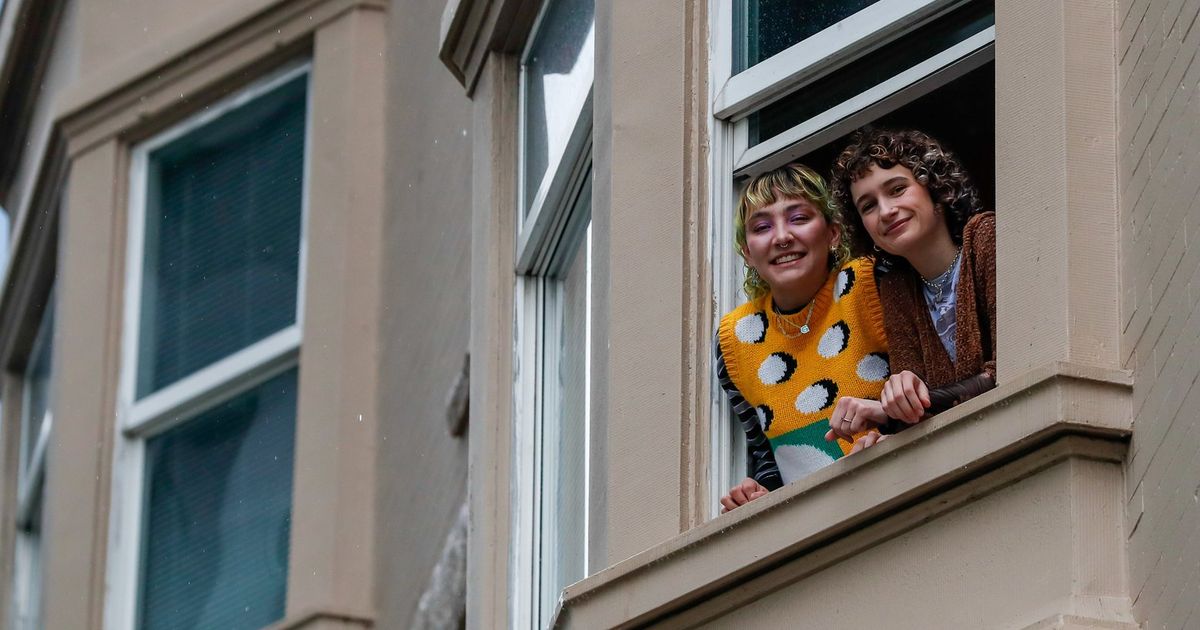 Gracie Reynolds said she could barely make out the two people standing on the balcony of a downtown building, waving as a thick column of smoke billowed from a nearby window.

It was a little before 10:30 on Sunday. Reynolds and his girlfriend, Kendal Sprague, live in an apartment across Interstate 5, and they immediately dialed 911 and drove to the scene to give a specific location.

“There was this thick, thick cloud of smoke coming out of an open window, so we were like, ‘This is not normal’,” said Reynolds, 20.

They could see a man and a woman stranded on a tiny balcony, near the flames. Sprague tried to contact them but could tell they couldn’t hear him. So Reynolds said she was inspired by the American Sign Language she studied in high school.

“I told them help was on the way,” she said, “I was just telling him to try to stay calm and breathe deeply.” The woman signed back, “OK,” she said.

“Their efforts clearly helped us rescue the two people in distress and evacuate everyone else,” said Seattle Fire Department spokesman David Cuerpo.

The fire started on the top floor of the five-story Zindorf Apartments, a century-old building at 714 Seventh Ave. The two people fled to the balcony after flames inside the unit cut off their exit, Cuerpo said.

Firefighters initially had difficulty getting into the apartment because its door was blocked from the inside by a bicycle. Crew removed the door and extinguished the fire while a ladder truck rescued the two occupants, Cuerpo said.

The two rescued people “are both in stable condition” and have been taken to hospital, Cuerpo said, adding that the incident is under investigation.

Reynolds said she had a knack for sign language, which she studied for three years at Central Kitsap High School. She worked as a barista for Starbucks until recently and plans to return to college to study early childhood education, she said.

After firefighters rescued the stranded couple, Reynolds said, the woman passed by her. “She signed, ‘thank you, thank you very much’.”